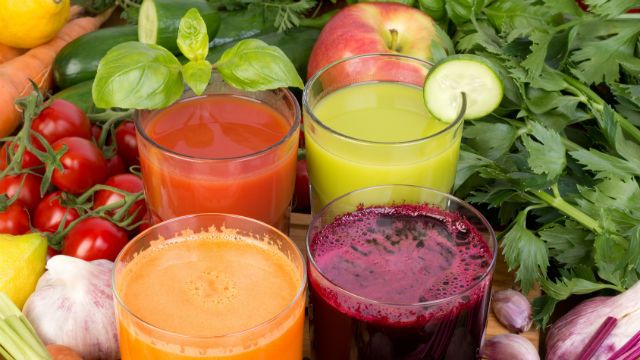 Nearly all of us have been guilty of it at least once in our lives, and probably much more often: throwing out leftovers, or fruits, veggies and other foods if they are a day or two past expiration. Food waste in the US is a huge issue – approximately 40 percent of our food ends up in the trash.

A significant portion of this waste occurs at grocery stores: food is often tossed directly into the garbage once the expiration date has passed. Fortunately, some grocers are recognizing this problem: some are donating to local food banks, and others are coming up with some pretty innovative solutions, such as converting produce scraps into energy.

The French supermarket chain Intermarché has come up with a simple yet effective use for just-past-expiration-date foods: using them to make fruit juices and soups to sell in its stores. Reports so far state that this effort is quite successful – the juices and soups are turning out to be popular items.

Trader Joe’s former president Doug Rauch is also spearheading an initiative to get more use out of expired-yet-edible produce: he has plans to open a market – to be called The Daily Table – in Dorchester, Massachusetts, which will prepare meals from these foods and offer them at discounted prices.

In an interview with National Public Radio (NPR), Rauch said, “we’re talking about taking and recovering food. Most of what we offer will be fruits and vegetables that have a use-by date on it that’ll be several days out.” He added, “there’s all kinds of ways in which, if you handled it [food] properly, you extend the life.”

We applaud both of these initiatives and hope that they catch on, as supermarket food waste is indeed a huge issue. Additionally, there is a lot we can do in our own homes to make good use of just-expired leftovers and produce. Instead of tossing your leftovers in the trash, or even the compost heap, add some lentils or rice, throw them in the slow cooker, and make a delicious “kitchen sink” stew.

If you have more than you can eat, portion the leftovers out, and freeze them for later.

Bananas which have turned brown are the absolute best for making banana bread. Carrots, celery, apples and other fruits and vegetables which are not quite crisp anymore can be made into delicious juices.

Even garlic and onion skins, carrot tops and salad stems can have a second life: simply boil them for several hours to make a delicious stock (along with bones, if you eat meat), then strain before making into sauces and soups.

In this country, many of us are lucky to have access to a bounty of food: do not take this gift for granted by throwing it in the trash.