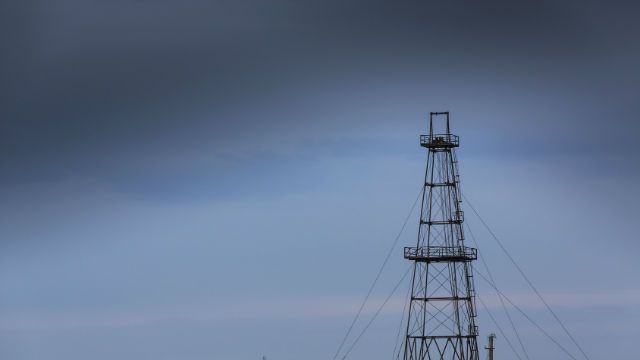 The Natural Resources Defense Council (NRDC) is currently circulating a letter to President Barack Obama, asking that he put measures in place to stop corporations from performing fracking operations on federal lands.

In the letter, the NRDC reminds the President of his assurance that energy should not come at the cost of our health and the health of the environment.

‘Fracking’ is a process formally known as high-volume hydraulic fracturing. It is a means of extracting natural gas from the ground, which involves injecting a brew of water, sand and chemical compounds into wells using high pressure. Not only does this process require a great deal of water, the once-fresh groundwater becomes contaminated by the chemicals in the fracking fluid, which often include formaldehyde and boric acids, among many others.

According to Clean Water Action, some companies have even been caught using diesel fuel in fracking fluid, and although this practice is illegal, companies often do not disclose everything used in their chemical mixtures, so it has happened and is likely still occurring.

Part of the NRDC’s letter states: “The oil and gas industry is targeting our national forests, wildlife refuges and other cherished wildlands for dangerous fracking — and the Obama Administration is preparing to let them run roughshod over our natural heritage. Also at stake: the health of surrounding communities and clean drinking water for millions of Americans. Call on President Obama to rein in the fracking juggernaut by imposing a fracking moratorium on all federal lands.”

It’s not just public lands that are affected by the dangers of fracking. This practice is suspected as the cause of drinking water contamination across multiple states, including Arkansas, Colorado, Pennsylvania, Texas, Virginia, West Virginia and Wyoming, according to the NRDC. As we reported in a previous article, fracking in the Eagle Ford region of Texas resulted in a yellow-brown smog that spread around the region and to nearby communities, causing residents to experience symptoms such as burning eyes, chest pain and stabbing headaches.

One industry that is greatly profiting from widespread fracking is the plastics industry. Natural gas is the raw material used to create plastics including polyethylene, which is used for many disposable plastic products and packaging. These products, while convenient, lead to large-scale pollution of both our landfills and oceans. Polyethylene is the plastic most commonly found floating in the ocean, endangering the marine ecosystem.

The NRDC letter to President Obama states: “You have pledged that our health and environment would not be put at risk by energy development. Today, I call on you to make good on that promise by imposing a fracking moratorium on all federal lands — one that will last until you protect us from the excesses of the oil and gas industry.”

It continues: “Please put people before polluters by reining in a fracking industry that is running roughshod over America. And move our nation beyond all fossil fuels as rapidly as possible, toward a better future based on 100% clean energy that will not disrupt our climate or destroy our environment.”

We hope that the NRDC’s plea is heard, and that something is done about this destructive practice before our Earth and its people suffer even more.