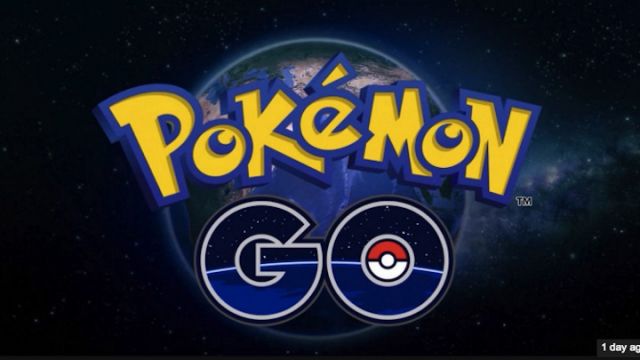 If you’ve seen more people than usual walking down the street staring down at their phones, possibly bumping into objects and passersby, you can blame Pokémon Go. This app has captured the hearts of both kids and adult 90s kids who want to relive their childhoods and delve further into the realms of Pokémon than ever thought possible.

Pokémon Go is an “augmented reality” application which incorporates GPS and allows players to find and “catch” Pokémon creatures in the real world. The Pokémon are seen through a smartphone screen as players walk to various locations, known as “Pokéstops,” where the Pokémon can be caught, collected and battled against each other.

Since its introduction on July 6, Pokémon Go has gone viral. As of July 11, it already has two million downloads and has stacked up over $1.5 million in revenue. It’s set to overtake Twitter as far as number of users in the very near future, and it’s been live for less than a week.

Many people of all ages are certainly finding this game enjoyable, and it can actually lead to some positive effects. However, the downsides and dangers of playing Pokémon Go may outweigh the perks.

The primary benefit of Pokémon Go is that it’s getting people off of the couch, and walking around outside. Walking around is obviously healthier than sitting for extended periods of time, which can have a host of dangers. While playing the game, Pokémon Go players are getting some mild cardiovascular exercise, and also benefitting from time spent in the great outdoors.

Players are also meeting each other face to face during their Pokémon hunts, which encourages healthy social interaction. The game also educates players about real-world  historical landmarks where Pokéstops are located, thus expanding their history knowledge.

Additionally, it’s making a lot of people happy. Shyan Wei, a student at the University of Wisconsin-Madison, told WiscTV News 3:

“It’s full of my memories, when I was a kid… I can get outside and say, ‘Wow, there is a Pokémon close to you’ and when you go there…boom, it comes out and it’s so easy.’”

Sounds fun and even healthy, right? Well, unfortunately, the dangers are many, and potentially serious.

The most prominent danger of playing Pokémon Go is the risk of getting injured while you’re not paying attention. People are walking around with their eyes glued to their screens, and often not watching where they are actually going while hunting for Pokémon.

There have already been multiple reports of people bumping into things, falling off of skateboards, and falling down while playing. It doesn’t help that Pokéstops can be located anywhere, including in the middle of highways and other dangerous locations.

“Zubats and Paras [two types of Pokémon] have appeared on car dashboards. Caterpies [another Pokémon] have been spotted at intersections. Police in Darwin, Australia, have even asked players not to waltz into their station, which of course is a Pokéstop in the game.”

Marc Lovicott, a public information officer at the University of Wisconsin-Madison, stated:

“We want people to have a fun time but just don’t walk in the middle of the street. We have had people biking in the street and using it who are weaving in and out of traffic; it’s just not safe. We just don’t want someone to get seriously hurt or even killed… No Pokémon character is worth getting hit by a vehicle, and that’s what we are worried about.”

On top of that, it seems that Pokémon Go is all-too-easy for criminals to use to lure victims. Police in St. Louis, Missouri recently arrested a group of four teenagers who were using Pokémon Go to lure people to a Pokéstop, and robbing them at gunpoint. The teens had reportedly completed 10 or 11 armed robberies before they were arrested.

The United Kingdom’s Daily Mail also reports that officers are warning parents that the game could be used by pedophiles and other predators to lure children to secluded locations. This is disturbing indeed, as it seems that many children are clamoring to these Pokéstop locations unsupervised, which could put them at great risk.

Some types of Pokémon, such as “ghost Pokémon,” are usually found at night. This could encourage children to sneak out after dark to find these elusive creatures, putting them in even greater danger.

If that isn’t scary enough, playing Pokémon Go can also damage your health. While walking is wonderful exercise, walking while looking down at a screen is terrible for your posture. This can lead to neck pain, shoulder pain, and back pain, especially if you walk this way for long periods of time.

The game does have a couple of safety features. Most importantly, it cannot be used while driving, as the app will only hatch digital Pokémon eggs at walking speed. Whew! Also, the phone vibrates whenever a Pokémon is nearby, so players don’t have to look down at their screens all the time. Unfortunately, they often do anyway.

Ultimately, I’d say the dangers of Pokémon Go are not worth the benefits. It’s great that people are having fun, but there are so many risks involved that this just seems like a terrible idea all around.

What are your thoughts?
– Tanya Rakhmilevich