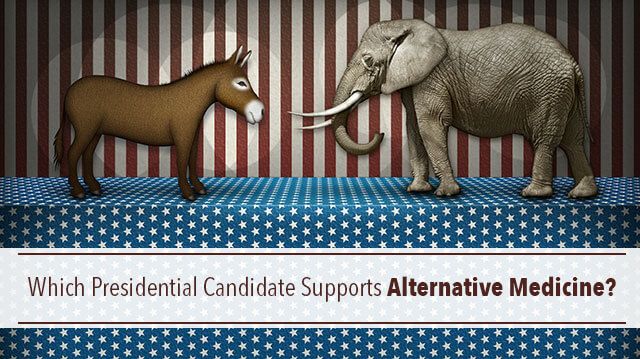 The media has given the 2016 presidential candidates’ plans for America’s health-care system a lot of attention over the past several months. Mostly, this coverage has focused on the extent that the candidates want the government to be involved in health care, and more specifically, whether each candidate would repeal, preserve, or expand the Affordable Care Act.

One health-care topic that has gotten almost no mention thus far by the presidential wannabes or the media is their stance on alternative and holistic medicine. However, a recent TIME magazine article has shed some light on this topic, revealing that Senator Bernie Sanders of Vermont has been personally interested in holistic medicine for more than fifty years, and during that time has actively supported bringing integrative and alternative healing treatments into the mainstream.

TIME reports that the Democratic senator, who told the magazine he had been “blessed with good endurance and health,” has shown curiosity about alternative medicine since the 1960s, when he became interested in the connection between emotional and physical health. Sanders, then in his twenties, even wrote articles for alternative newspapers about how American cultural forces contribute to illness, and how a “broken human spirit” could pave the way for cancer cells. This sentiment, though far outside of the mainstream at the time, is arguably not so out of line with recent studies that link stress to cancer.

Sanders appears to have carried these beliefs with him when he entered Congress in 1991, where he continued to emphasize the important role alternative medicine could play in health care. He sponsored and supported bills that sought to provide greater access to holistic medicine for groups like federal employees and veterans.

According to TIME, he backed a bill soon after joining Congress that supported acupuncture and other naturopathic remedies. He also co-sponsored multiple bills relating to alternative health, including a 2001 bill that sought to allow federal employees to be reimbursed for massage therapy and acupuncture treatments, and a 2013 bill that would have increased funding for alternative medicine research, and also increased veterans’ access to alternative healing techniques.

Throughout his career, Sanders has also sponsored numerous conferences on alternative health. In 1996, for example, he sponsored an alternative health conference in Burlington, Vermont, where he said: “No one denies the important roles that surgery and drugs play in treating disease, but people are now looking at different therapies in addition.”

Sanders is probably best known in this election for his proposals to make services like education and health care more affordable for Americans. Throughout his campaign, he has repeatedly stated that Americans pay more for health insurance than any other nation, and yet both the standard of care and the access to care that Americans receive is lower than most other developed nations. In fact, medical errors are the third leading cause of death for Americans. 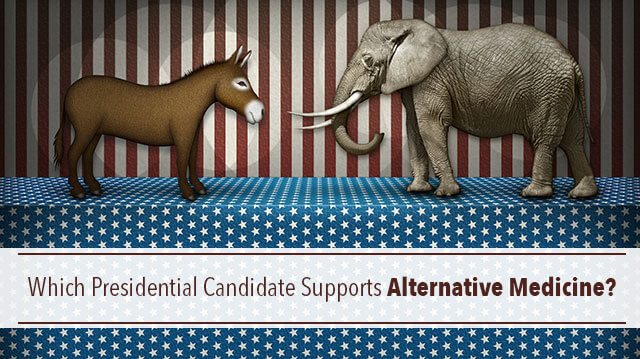 One reason for this unfortunate situation is that the American medical system largely rejects gentle, noninvasive treatment options for more aggressive procedures like surgeries and prescriptions for expensive and sometimes harmful pharmaceutical drugs. Based on Sanders’ goals of reducing health-care costs and providing universal access to health care, it makes sense that he would support holistic healing techniques, which are often safer, less invasive, and less expensive than surgeries and pharmaceutical drugs.

Whatever your opinions on other parts of Bernie Sanders’ platform, I think we can all get behind his statements about Americans’ real need for more natural and noninvasive medical options at a 2010 alternative medicine conference in Vermont:

“More and more people are not simply content to go to a doctor’s office, get a diagnosis and take a pill. They want to know what the cause of their medical problem is and how, when possible, it can be best alleviated through natural, non-invasive or non-pharmaceutical means.”

Need more information on Bernie Sanders? We’ve written before about his support for GMO labeling, his goals to reduce carbon emissions, and his and the other presidential candidates’ stances on coal.