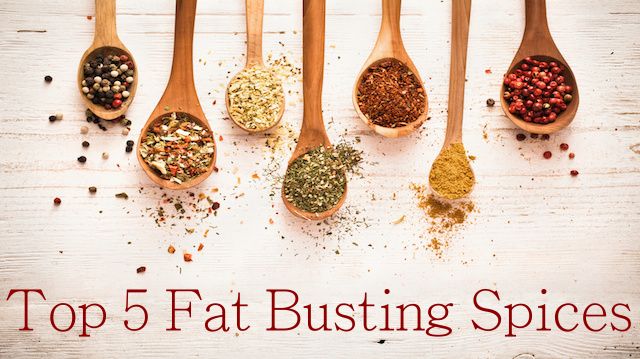 Did you know that some of the ingredients in your pantry might be the boost you’re looking for toward your weight loss goals? While no one can rely on a few spices to miraculously melt away unwanted weight, there are some real powerhouses found on our spice racks that can help bust fat, lower cholesterol and even regulate glucose levels. Why not give these a try?

Garlic is reported to be good for your heart, but as it turns out, it’s good for your waistline too. A study published in the Journal of Nutrition revealed that garlic not only reduced subjects’ body weight through the reduction of white fat tissue, it also mitigated the abnormal liver lipid and plasma levels caused by a high-fat diet.

What makes this fat-busting spice even better is the evidence that garlic inhibits the expression of genes that are involved in fat production. Looking for an easy way to incorporate garlic into your diet? Add fresh chopped garlic to sautéed vegetables with a bit of freshly squeezed organic lemon juice.

The health benefits of turmeric have been widely understood for centuries, but recent scientific evidence shows that curcumin, a polyphenol found in turmeric, can actually inhibit the creation of fat tissue.

Even when added to a high-fat diet, there’s evidence that curcumin decreases weight gain and the density of fat tissue. As an added bonus, curcumin may also help lower cholesterol. Turmeric’s strong taste makes it perfect for bold dishes, but if you want to add it to your diet more consistently, try a turmeric tea or turmeric capsules found at your local health food store.

Capsaicin gives cayenne pepper its kick, but it turns out that capsaicin also increases the expenditure of energy in the body, so much so that scientists are actively studying its role in anti-obesity therapy. Interestingly, there’s evidence that capsaicin can turn energy-storing white fat into brown fat.

Brown fat cells are thermogenic — that means they produce heat, and this heat in turn works to burn stored fat. Capsaicin may also help control blood sugar, making it a great spice for people on restrictive diets.

Spicy and versatile, mustard seeds have been shown to boost energy, allowing the body to burn calories faster — at a rate of even 20 percent more. Research presented in the Federation of American Societies for Experimental Biology’s FASEB Journal suggests that mustard may aid in weight loss, while helping to improve muscle strength. 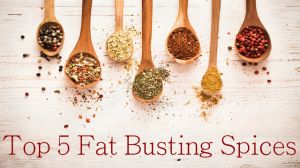 A pantry staple in most homes, cinnamon is a favorite among fat-busting spices. According to a study published in the Proceedings of the Nutrition Society, cinnamon was found to help chromium deficiency in test subjects. Chromium deficiency presents similar symptoms to those of metabolic syndrome, including weight gain around the middle.

According to the study, it appears that consuming cinnamon also decreases body fat percentages, lowers blood glucose levels and blood pressure. Try adding organic cinnamon to sliced organic apples the next time you’re in the mood for a snack.

So before you reach for a get-fit-quick fix, explore your pantry. We think that experimenting with some fat-busting spices is a great way to help you achieve your weight-loss goals.

What’s your favorite way to eat these spices? Is there a fat-busting spice that you think deserves mentioning?