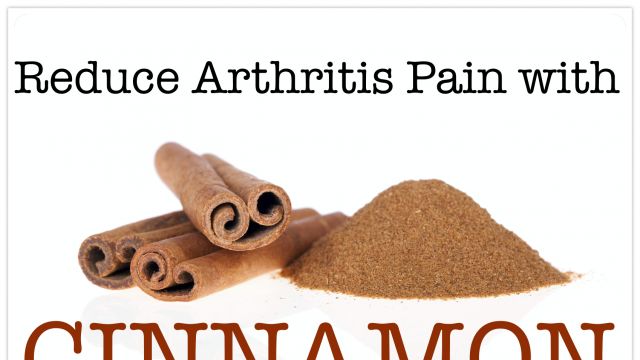 Cinnamon is known for its spicy, exotic taste and alluring aroma. Although it is used to enhance the flavor of foods and the scent of rooms, it has many important and useful applications that are often overlooked. High in nutrients, cleansing properties and healing attributes, cinnamon is certainly a spice to be treasured.

Anti-oxidant
Antioxidants are widely known to reduce free-radicals that can cause aging and cancer, but can also repair damage to your organs and even your skin. Cinnamon is considered one of the top seven antioxidants, with an oxygen radical absorbance capacity, or ORAC value, of 131,420 μmol TE/100g. Even the oils of the cinnamon leaf and bark contain antioxidant and antimicrobial properties.

Weight stabilizer
Coumarin is an ingredient found in cinnamon that can help reduce weight gain by thinning the blood, which can boost your metabolism. However, it can also cause liver damage if taken in high doses over a long period of time. It is therefore important to not consume cinnamon on a regular basis when taking blood thinners. Not all cinnamon is created equally. While cassia cinnamon contains 4 percent of coumarin, ceylon cinnamon has only 0.04 percent coumarin.

Oral health
Although cinnamon is used in toothpaste as a flavor alternative to mint. It may be surprising to learn that cinnamon is also great for oral health. Cinnamon fights odor-causing bacteria, fights cavities, destroys plaque, and prevents gum disease and tooth decay. Instead of gargling with mouthwash after brushing, simply add a few drops of cinnamon oil into a glass of water for a refreshing, healthy rinse.

Fights fungus
Whether you suffer from a nail fungus or athletes foot, cinnamon can help kill the fungus and leave your feet smelling fresh. Due to its antifungal properties, you can simply add a few drops of cinnamon oil into some hot water for a refreshing foot soak. When creating this soak, you should not exceed 1 percent of cinnamon oil to water. Results should be noticeable within three days of use.

Kills bacteria and viruses
Cinnamon also contains antibacterial and antimicrobial properties. You can use cinnamon to replace harsh chemicals that can leave you, your family or your pets feeling sick. Simply dilute cinnamon sticks in hot water, or add a few drops of cinnamon oil to water before spraying your kitchen counter or washing your face or hands. You could even add cinnamon oil to your broom or mop water to kill germs.

Kills E. Coli and salmonella
Because it is such a good antibacterial and antimicrobial agent, it kills serious infections such as E. coli and salmonella. As little as two microliters can kill Salmonella enteritidis, E. coli, and L. innocua in apple and pear juices. By mixing cinnamon oil with hydrogen peroxide, you can disinfect kitchen surfaces, cutting boards and the refrigerator to prevent infections.

Improves blood pressure
Cinnamon can assist with lowering blood pressure by improving blood circulation and overall cardiovascular health. It also helps to prevent blood platelet clumping in the arteries, which further promotes a smooth flow. Increased blood circulation also suggests that cinnamon can aid in the prevention of heart attacks and strokes.

Mood regulator
A study conducted by Wheeling Jesuit University, West Virginia, has discovered that cinnamon reduces irritability in drivers by removing bacteria in the gut that cause susceptibility to mood disorders, depression and irritability. Unfortunately, cinnamon removes both good and bad bacteria. Therefore it is important to supplement cinnamon with probiotics and fermented foods, which replace the good bacteria, ensuring balance within the body.

Premenstrual Syndrome (PMS) treatment
As a result of killing bad gut bacteria, moodiness associated with premenstrual syndrome can be quelled. Due to its high level of manganese, cinnamon can help alleviate other PMS symptoms as well. The University of Maryland Medical Center has found that women who consume 5.6 mg of dietary manganese each day were less moody and had fewer cramps than women who ate only 1 mg of manganese daily.

Improves mental function
A German study echoed the findings of the study performed at Wheeling Jesuit University. The German study discovered that cinnamon can improve memory recollection and response time. Cinnamon also plays a role in maintaining energy levels within the body by improving circulation.

Deodorizer
Due to its potent scent, cinnamon makes an excellent deodorizer. It not only masks odors, but actually kills odor-causing bacteria. Dilute two to five drops of cinnamon oil with water to spray on stinky surfaces or mist in the air. Alternatively, you can spread the diluted cinnamon scent throughout the room with a diffuser. The scent of cinnamon can reduce germs and stress, leaving your home healthy and happy.

Natural preservative
In hot Asian countries, cinnamon is used along with turmeric and chili, to preserve food when a refrigerator is not available. When coating paper with cinnamon oil for storage, as little as 6 percent of coconut oil solution completely inhibits the production and spread of mold in bread. A 2013 study published in the Journal of Food Science found that cinnamon oil is also effective in developing insect-resistant food packaging film.

Treatment of irritable bowel syndrome (IBS)
Cinnamon reduces bloating in those suffering from irritable bowel syndrome by eliminating bacteria, healing GI tract infections, and enabling the normal flow and functions of gastrointestinal fluids. Consuming two to three cups of cinnamon in tea each day can also help treat cramps and an upset stomach associated with IBS.

Controls blood sugar
Cinnamon bark contains many vitamins and minerals that are used for the treatment of diabetes, including chromium, manganese, and vitamins B, C and E. Although cassia cinnamon has been shown to be particularly effective in regulating blood sugar, it contains higher levels of coumarin than other types of cinnamon. Coumarin can cause liver damage over time, so by doubling the amount of ceylon cinnamon, you can avail of the same insulin stabilizing effect while protecting your liver.

Prevents cancer
By balancing blood sugar, cinnamon can reduce sugar’s ability to sustain cancer cells. Research released by the journal Free Radical Biology and Medicine suggests that cinnamon may be able to treat melanoma, gastric cancer and tumors. The cinnamaldehyde and eugenol within cinnamon can be used to form nutraceuticals that fight both hepatoma cells and colon cancer cells. 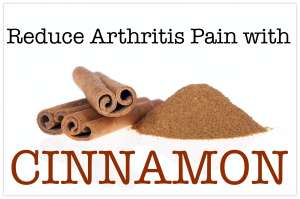 Treats osteoporosis
High levels of manganese in cinnamon can help build bones, blood, and connective tissue in the body. As a result, cinnamon is an excellent supplement for those with osteoporosis. Manganese-deficient individuals are at greater risk for osteoporosis. Also people who already have osteoporosis require more manganese to compensate for their lower bone density.

Treats pain and arthritis
Cinnamon can be used as a warming agent for massage oils and bath water to relieve muscle pain. The oil is used as a natural massage treatment for those suffering from arthritic pain, and cinnamon tea is used by arthritis sufferers to calm the mind and relieve nerve pain.

Flu remedy
Cinnamon’s antibacterial properties can protect against stomach bacteria, fecal bacteria, and even flu-causing bacteria. Cinnamon can also relieve the aches associated with flu. And the compound cinnamaldehyde in cinnamon is effective in protecting against the adenovirus.

The FDA does not approve the use of cinnamon to cure any disorder or illness. The information presented in this article is meant for educational purposes. Always speak with your doctor before taking any dietary supplement, including cinnamon, especially if you are at risk of liver problems, as regular intake of cinnamon may increase your risk.

Overall, adding cinnamon to your diet is a wonderful way to improve overall health and wellbeing so that you can feel and look your best. Adding just a little to your daily meals or warm beverages goes a long way!