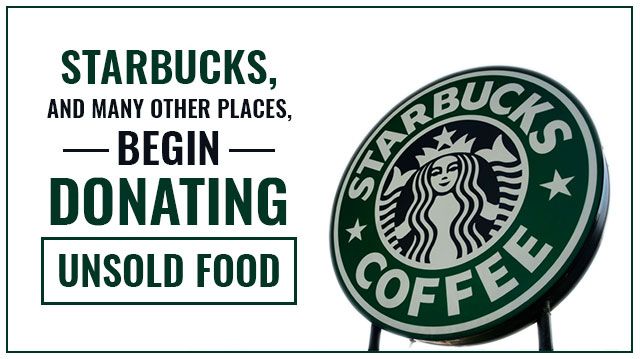 It’s about time! It is highly encouraging to see more and more businesses donating their unsold food to charities that are feeding the hungry. The Olive Garden and Chipotle have been donating food for some time, and now, Starbucks has announced a plan to donate 100 percent of its unsold food to food banks.

This is truly heartening, because, according to the documentary Just Eat It, about 40 percent of the food grown and raised in the United States goes into the trash, or is thrown out as compost. Considering that millions of people living in this country and around the world are hungry, throwing out perfectly edible food is just inexcusable.

Starbucks will donate 100 percent of its food to food banks

Starbucks will be donating all of its unsold food through a new program known as FoodShare, and all 7,600 Starbucks stores in the United States will be participating. The food items will be given to Feeding America and the Food Donation Connection. The meals will then be transported to food banks, where hungry families and individuals can receive them.

According to Jane Maly, Starbucks’ food team brand manager: “The challenge was finding a way to preserve the food’s quality during delivery. We focused on maintaining the temperature, texture and flavor of the surplus food, so when it reached a person in need, they could safely enjoy it.”

To make sure the food reaches food banks unspoiled, it will be transported in refrigerated vans.

Starbucks is aiming to reach 100 percent unused food donation by the year 2021, and by the end of this year, the company says that five million meals will be given to food banks.

Tesco makes its own donation plan

Through the use of a digital open platform known as FareShare FoodCloud, store employees and charities will be able to interact so that food can get where it needs to go. During the pilot, Tesco locations in 15 cities will be participating, and by 2017, all locations are to be involved.

David Lewis, chief executive of Tesco, stated, “We believe no food that could be eaten should be wasted. That’s why we have committed that no surplus food should go to waste from our stores. We know it’s an issue our customers really care about, and wherever there’s surplus food at Tesco stores, we’re committed to donating it to local charities so we can help feed people in need.”

As far as national food donation initiatives, Italy has joined France in enacting legislation to encourage grocery stores to donate their unsold food. In France, grocers are now fined for throwing away food. In Italy, grocers will be rewarded for donating it. 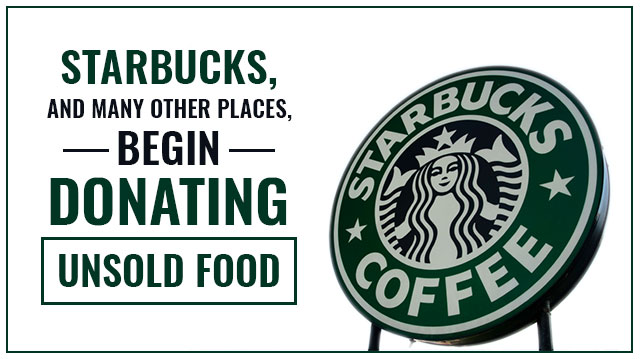 On top of that, government initiatives are being put into place in Italy to encourage the use of doggy bags at restaurants so leftovers are not wasted.

Maurizio Martina, Italy’s agriculture minister, stated concerning the bill, “We are making it more convenient for companies to donate than to waste. We currently recover 550 million tons of excess food each year, but we want to arrive at one billion in 2016.”

It is truly wonderful that these companies, and countries, are taking action to not only prevent food from ending up in landfills, but also to feed the people who need it the most. If every grocery store and restaurant in America, and across the world, donated its unsold food to the hungry, millions of lives could be vastly improved, or even saved.