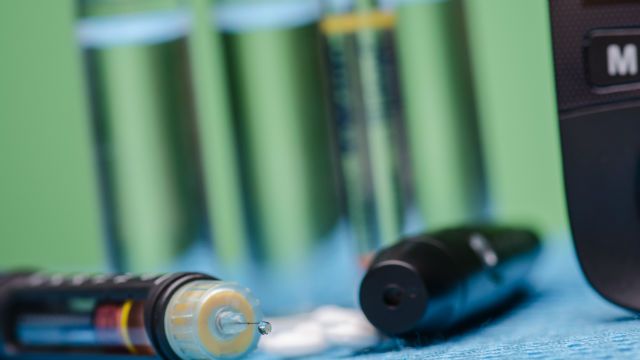 Essential omega-3 fatty acids, found in fatty fish and flax seeds, among other food sources, have been shown by a large body of research to have potent anti-inflammatory properties, thus benefitting heart and brain health, and helping to reduce the risk of chronic illness.

Now, a new study has singled out a molecule in omega-3’s that may prove beneficial in tackling type 2 diabetes and insulin resistance, due to its ability to regulate blood sugar levels.

The study, hailing from Quebec’s Université Laval, found that the molecule protectin DX, also known as PDX, could initiate the manufacture and release of interleukin 6, also known as IL-6, in muscle cells, a process which also takes place when one performs physical activity. IL-6 helps stimulate the body’s immune response and plays a role in fighting infection.

When the effects of this molecule were tested on obese rats with diabetes, it was found that the rats exhibited noteworthy improvements in their responsiveness to insulin.

Professor André Marette, the Scientific Director of Université Laval’s Institute of Nutrition and Functional Foods, states, “the mechanism of action described for PDX represents a new therapeutic strategy for improving glucose control. Its efficacy may be comparable with that of certain drugs currently prescribed to control glycemia.”

While it is good news that a diabetes therapy could be derived from a natural source, instead of the chemical concoctions which are commonly used today, omega-3 fatty acids from food sources could also go far to aid many people’s efforts to control their blood sugar, along with a healthy diet and exercise.

Professor Marette also states that while PDX can mimic some of the effects of physical exercise, actual exercise is still key. He says, “exercise has cardiovascular and other hormonal benefits that go well beyond its metabolic effects on the muscles.”

Besides diabetes, omega-3’s and their potent anti-inflammatory nature have been linked to potentially combatting other conditions, such as improving the symptoms of Alzheimer’s disease, as well as helping to fight cancer and autoimmune conditions.

This research underscores that incorporating foods rich in omega-3 fatty acids, as well as participating in a regular exercise routine, may provide significant benefits for diabetics, pre-diabetics and anyone looking to prevent the onset of this disease. We await further news of Université Laval’s project.