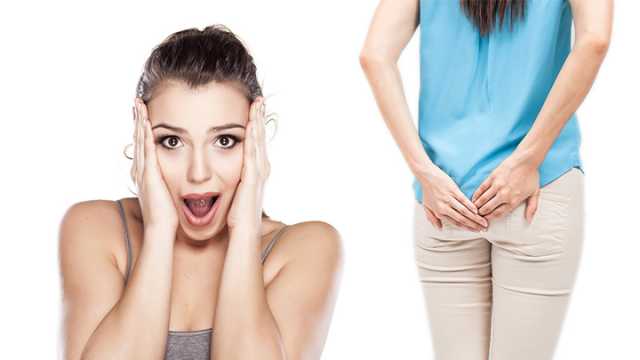 Toots. Flatulence. Cutting the cheese. Throughout history, we’ve certainly come up with more than a handful of ways to talk about farting. If you’ve been feeling shy about letting one rip, here’s what you need to know about farts and why they benefit your health.

Some basic facts about farting

For starters, the average person farts between 10 and 20 times a day, which releases the equivalent of a two-liter bottle of gas per day. Flatulence occurs when we eat complex carbohydrates that we can’t fully digest, like whole grains, fruits, and vegetables, which end up in the large intestine. Then, bacteria tear apart the food through a process of fermentation, which produces a gas byproduct.

It’s totally normal to fart on the regular. In fact, the frequency and smell can say a lot about our overall health and our digestive system. So, the sooner we ditch the notion that certain people don’t fart (like our partners), the better.

Can you fart too much?

Each individual is different, but if you’re farting more than 30 times per day, perhaps there’s a reason for it and your body is trying to communicate with you. If your excess gas is getting in the way of your life, or your farts are way too smelly, here may be some reasons behind your excess gas:

If you’re concerned that you fart too much, make some simple lifestyle changes and see your doctor. Now that we’ve got that out of the way, here are some more fun facts about farts that you need to know:

It turns out, most of the gas you produce is odorless, containing hydrogen, carbon dioxide and methane. When your farts do stink, researchers have found that it’s the result of hydrogen sulfide. Compounds with sulfur in them produce a smelly odor, like beans, onions, cauliflower, broccoli, dairy and Brussels sprouts. Women are also more likely to have smelly farts than men.

2. Our brain is the reason we like our own farts

Rest assured that your farts smell just as bad as everyone else’s, but there’s a good reason you don’t mind. Put simply, you get used to your own farts over time. Think about it: if every time you smelled your own stink your nervous system picked up, your odor receptors would experience burnout pretty quickly. With consistent stimuli, odor receptors stop sending messages to the brain to respond. That’s why you don’t notice the scent of your home, but you notice the smell when you walk into someone else’s house — you’re not used to it, and your brain is responding.

3. Holding in a fart won’t make it go away

When you’re in a social situation, it may seem like holding in gas will make the urge to fart go away. However, this simply isn’t the case. Gas has to leave your body through your anus. So, even if you’re not aware of it, the fart may leak out slowly. Or, a suppressed fart could surprise you — and the people around you — with a sudden shift in your movement. Better to just excuse yourself to the bathroom and let one rip.

4. Smelling farts may be good for your health

A study published in Medicinal Chemistry Communications found that exposure to hydrogen sulfide (the gas byproduct created during digestion) may prevent damage to mitochondria. In fact, researchers found that hydrogen sulfide gas contained in rotten eggs and flatulence could be a factor in treating diseases, like cancer, strokes, heart attacks, arthritis and even dementia. In other words, smelling your own farts may prove vital for improving your health.

Ever heard the phrase “silent but deadly” about a particularly nasty fart? Turns out, this is because there’s less air to dilute the sulfur. But hey, whatever helps your health, right?

There’s plenty of reasons that people fart too much, from lifestyle to food choices. But if you rarely pass gas, that’s a red flag too. it’s an indicator from your digestive system that you need more natural sources of fiber in your diet, like beans, brown rice, nuts, lentils, or kale. As a bonus, including more fiber in your diet, will help you stay fuller for longer, getting you closer to your weight loss goals.