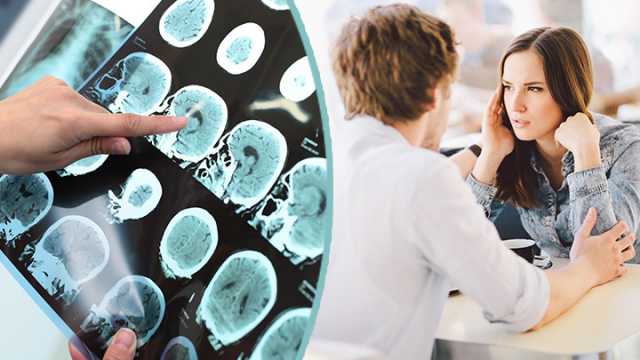 Julie has just been dumped by her boyfriend. She knew she was in an unhealthy relationship (and had considered breaking up before), but the heartbreak and pain she feels has been worse than she ever imagined.

Her heart races uncontrollably just at the thought of her ex. She misses him, but hates him at the same time. Feelings of stress and anxiety are so pervasive that Julie can’t get a good night’s sleep and her digestion seems completely off.

Worse still, she can’t stop thinking about her former beau, but each time she does it triggers an obsessive cycle that ends in despair. Julie can’t think straight, her hormones and emotions appear totally out of whack, and she’s never been so depressed. What is happening in her brain that’s making her feel so bad?

Is love the ultimate fix?

Love is often compared to a drug. Scientific studies, particularly those involving brain imaging techniques, show there’s a lot of truth to this view. For example, falling in love triggers a host of changes in both neurotransmitter chemistry and hormonal levels. The same neural circuitry that is involved in addiction — the caudate nucleus — lights up like a Christmas tree when you fall head over heels for someone. Unfortunately, breaking up with your partner can instigate the same post-withdrawal crash that an addict experiences when they are forced to go cold turkey.

To see why breaking up is so emotionally and physically devastating, let’s have a look at the brain to see what happens when love goes sour.

The brain in love

To begin with, however, it’s necessary to understand what happens to your brain when you fall in love. According to neuroscientists, the brain’s reward system (which governs motivation) releases a flood of the neurotransmitter dopamine, which is largely responsible for feelings of euphoria. At the same time, levels of the stress hormone cortisol rise while production of the “stress-busting” neurotransmitter serotonin declines. As a result, when you are in love you tend to feel euphoric and anxious at the same time.

Anytime you are in the presence of your loved one — or see pictures of them — the dopaminergic pathways in your brain will kick into high gear and shower surrounding neurons with a super-high dose of dopamine. Love provides a “quick fix.”

As you might expect, the neuronal circuitry in your brain gets accustomed to the feelings of elation that dopamine produces. When the object of your affections is absent — or you are not actively thinking of them — then dopamine levels naturally begin to decline. That’s when the neural mechanisms in your brain’s reward system, which have become accustomed to higher dopamine levels, begin to crave the stimulus that set this process in motion, namely your beloved.

According to the anthropologist Helen Fisher, feelings of romantic love exhibit all the features associated with addiction including tolerance, dependence and withdrawal. Not surprisingly, a romantic break up can trigger negative symptoms similar to those that accompany withdrawal from highly addictive substances like nicotine or cocaine.

Dr. Fisher contends that love is actually the most addictive drug on the planet. No wonder, then, that Dr. Lucy Brown, a neuroscientist at the Einstein College of Medicine, describes romantic rejection as one of the most devastating physical and psychological blows a person can receive. In her words, “[Breaking up] is a life changing thing, and involves systems that are at the same level as feeling hungry or thirsty.”

Broken heart syndrome, as some have called it, is real. Physical symptoms can include:

In fact, breaking up causes major changes in both the brain, which leads to a cascade of effects throughout the body. To begin with, MRI scans show that regions in the brain known as the insula and the anterior cingulate cortex, which typically process physical pain, are very much activated in people suffering from romantic rejection.

Dr. Brown contends that evolution has hardwired people to be highly motivated to seek out and sustain relationships. Conversely, nature has also created disincentives that discourage people from breaking up. As Brown explains, “It’s a system to try to keep us together.”

In fact, the brain’s pain-signaling process can instigate a cascade of deleterious physiological responses. Production of the stress hormone cortisol gets ramped up while levels of the “feel good” and “stress busting” neurotransmitter serotonin decline. In turn, chronically high levels of cortisol can undermine heart health, dampen the immune system and disrupt digestion. In extreme cases, romantic heartbreak can even lead to a potentially fatal condition known as takotsubo cardiomyopathy, where the severe stress weakens the heart muscle. The malady is seen almost exclusively in women.

The brain moves on

The pain associated with the loss of romantic loss eventually subsides. Ultimately, the brain is quite resilient and, over time, neuronally-based attachment pathways associated with an ex-lover tend to get pruned away. As neural rewiring takes place, the cravings, longings and obsessions people experience after romantic breakups gradually subside too. Most people never entirely get over their lost loves, but healing does take place.

Love can be addictive. Therefore, there are many principles from substance abuse recovery that can help you heal a broken heart (which also entails a brain that is out of balance).

1. Avoid cues or triggers that remind you of your ex

Photographs, voice messages and trying to relive old memories are likely to spark vicious cycles in your brain chemistry, which will make you crave the object of your affection even more.

2. Recognize obsessive thinking for what it is

The caudate nucleus and the dopaminergic pathways that underlie romantic love (and addiction) have been designed by evolution to motivate you towards goal-directed behaviors. Once they are triggered, they tend to take a life of their own and they are difficult to short circuit. Activities that distract you from obsessive thinking — be they hobbies, entertainment or socializing — may help you break away from self-defeating obsessions.

This is great for recovering addicts because it helps boost levels of natural opioids and neurotransmitters, like serotonin. In fact, wellness experts say that the combination of socialization plus exercise is a healthy way to get dopamine levels back up again.

4. Moving on after heartbreak

The euphoria and bliss that accompany love are real, but so is the pain you feel when your heart is broken. The negative emotional states following a break up are instigated by significant alterations in the brain. Understanding the biochemistry of romantic loss won’t protect you against suffering, but it may just help you find ways to recover a little faster.