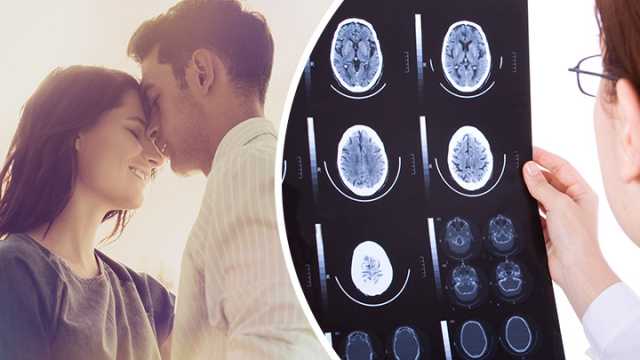 Love has been likened to a divine madness. When you are smitten with someone, your senses seem keener, the world appears enchanted, and every experience feels more intense and meaningful.

Indeed, romantic bliss can make you feel fully alive — even exalted. But the compulsive, precarious and irrational aspects of love are often unsettling too. No wonder, then, that amore has been compared to a sickness, which no one wants to be cured of.

Love has also been equated with addiction. In fact, scientists are finding this is a very apt way looking at the biology of romance. Put simply, the process of falling in love with someone involves the same brain circuitry and neurochemistry that is triggered by drugs like cocaine. With that in mind, what is actually going on in your cerebral cortex when you are madly in love?

To begin with, mammals of all kinds — elephants, apes, canines, cats and humans (you name it) — exhibit a phenomenon known as instant attraction. Ethologists see this reaction play out it throughout the animal kingdom. Two individuals of the same species spot one another at the same time and instantly a mutual interest arises.

When it comes to humans, psychologists insist that four factors appear to underlie reciprocal interest. They include:

These cues are just the beginning of a complex biological process. Scientists are still a long way from untangling the complicated biochemistry that binds a couple together in a state of intense mutual desire. However, it appears that chemical secretions — known as pheromones — can communicate information about health, fertility and genetic makeup, which gets processed unconsciously.

Chemistry really is at the root of attraction and desire. You may think you are choosing your mate, but your genes are running the show by secreting hormonal signals that are communicating information about your genetic suitability to your partner (and vice versa).

Meeting of the minds: your brain in love

If you’re a good match, then other bodily organs (especially the pleasure and reward centers in the brain) will get activated. By using imaging techniques, researchers now have an idea of what happens in cerebral cortex when you fall in love.

To begin with, the neurons that make up the dopaminergic pathway (the brain’s pleasure and reward system) release a flood of dopamine. This neurotransmitter plays a vital role when it comes to cognitive functioning, memory, and motivation. In particular, high levels of dopamine are associated with feelings of pleasure. In simple terms, the brain uses this neurotransmitter to reward certain behaviors.

Increased levels of dopamine are responsible for feelings of euphoria. At the same time, early-stage romantic bliss leads to higher levels of the stress hormone cortisol and lower amounts of the “stress-busting” neurotransmitter serotonin. The imbalance between dopamine and serotonin helps explain why love can feel so intensely pleasurable, but so stressful all at the same time. It’s why you feel intoxicated and blissful while your heart races and your palms sweat.

In most cases, the feeling of being madly in love only lasts a few years at most. As time goes by, couples become more familiar with each other. Ideally, they build trust and feelings of stress and anxiety subside. This process is accompanied by an increase in serotonin, which diminishes feelings of neediness and obsessiveness. In addition, couples tend to manufacture more oxytocin during this phase. This is the hormone responsible for social bonding, which is produced during orgasms and the birth process.

Later, as couples mature, the brain produces a chemical called corticotropin-releasing factor that helps them solidify their relationship. In fact, CRF is released whenever partners are physically separated. The hormone produces an unpleasant feeling, which is only alleviated when the couple is together.

Is love a drug?

According to anthropologist Helen Fisher, “romantic love is the most addictive substance on the planet.”

Like addicts, couples in love exhibit tolerance, withdrawal and relapse, which are symptoms that one associates with substance abuse. Furthermore, people in love frequently engage in the risky, ethically compromised and obsessive behavior that one normally associated with drug users.

Of course, when it comes to love, the stakes are high. The next generation is on the line. And tying yourself to another person for life is no small matter either. It’s little surprise, then, that the brain’s reward system is inextricably involved in helping people choose their mates and forge an enduring bond with them.

Brain chemistry has a huge impact on your relationships and whether they succeed. For instance, scientists have discovered a hormone called vasopressin, which seems to encourage fidelity. When researchers suppress this chemical in prairie wolves, for instance, these “usually faithful animals became cheaters.”

Does love come down to neurochemistry?

Undoubtedly, brain activity shapes a great deal of your behavior, but that does not mean you have to be a passive victim of your physical whims. There are ways to harness biology to your advantage.

For instance, hugs, watching romantic movies and dancing are all proven ways to boost levels of oxytocin (the so-called love hormone). Sometimes, it seems like we are at the mercy of neurochemistry. However, understanding what happens to the brain when you are in love can help you consciously steer desire in the direction you want.