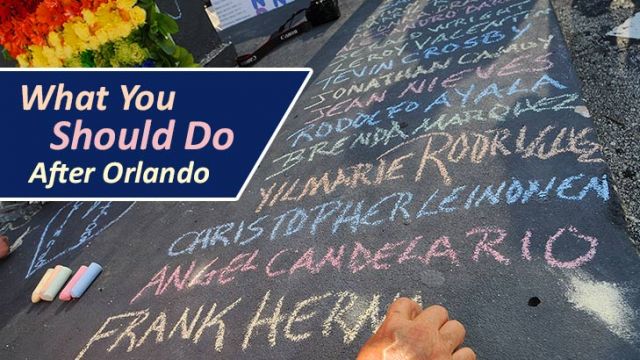 I used to run home after school, my fleet feet carrying me as fast as they could, to avoid the bullies that prowled the neighborhood woods and fields on my route home. On occasion, I wasn’t swift enough. When that happened, I absorbed and endured whatever mixture of intimidation, ridicule and physical violence they dished out.

By today’s standards, anything I experienced was pretty minor stuff. Forty years ago, school shootings and cyberbullying were unimaginable. I had it lucky compared to today’s young people.

Once I crossed the threshold of my parent’s home I knew I was safe. Sadly, whatever feelings of powerlessness I felt from being bullied were at least temporarily alleviated when I took out my frustrations on my younger brother, who became an unfortunately convenient target for the rage I felt toward my tormentors.

A similar pattern played itself out in the dynamic between him and our younger sister, who undoubtedly bore the brunt of my brother’s anger towards me. I would never have intentionally hurt my sister for anything in the world, but the perverse logic of bullying implicated me in a chain of events that led to her suffering.

The tragedy of bullying is that it invariably triggers a vicious cycle in which the victimizer achieves a pseudo-catharsis by dehumanizing the victim. This pattern feeds on itself endlessly until someone ensnared in the process wakes up and recognizes the futility of the situation. Of course, the best hope for ending the self-defeating cycle is to instead become the healer.

Recently, there has been a lot of speculation about what’s feeding the ideology of ISIS or what motivates a lone gunman to carry out a senseless attack such as the one against innocent club-goers in Orlando. Counter-terrorism expert Jessica Stern offers some very important insight into what’s at work, psychologically speaking.

Stern has interviewed dozens of extremists and would-be attackers to see what makes them tick. She’s found that many of these people have been traumatized themselves. They soon see themselves as avenging angels, instruments of a form of divine punishment aimed at an oppressor  they believe victimizes the weak or corrupts the pure and innocent.

However misguided,  extremists and  troubled loners see themselves as heroes who must resort to violence to vanquish an irredeemable “other.” Stern writes of the mindset that embraces violence, “The weak become strong. The selfish become altruists . . . rage turns to conviction. What seems to happen is that they seem to enter a trance, where the world is neatly divided between good and evil, victim and oppressor . . . they believe God is on their side.” They become convinced that violence will end their humiliation.

The Dalai Lama recently wrote on why he believed the violence in Orlando represented “old thinking” and why he’s optimistic about humanity’s prospects going forward. In particular, he is encouraged that “among the younger generation, there is a widespread rejection of war as a means of solving problems. Across the world, many are doing valuable work to prevent terrorism, recognizing the depths of misunderstanding and the divisive idea of ‘us’ and ‘them’ that is so dangerous.”

In place of violence, the Dalai Lama proposes an ethics rooted in empathy, scientific findings, our shared humanity and common sense. He hopes this can lead to the development of school curricula and training programs that draw upon what we know of brain science so that people can learn how to manage destructive emotions and nurture positive ones, as well as improve their conflict-resolution skills.

The Dalai Lamai is a Tibetan monk. He has seen his culture both bullied and oppressed by the central government of China. Yet he has responded by encouraging greater reflection, dialogue and mutual understanding. I believe history and experience show this is the best way to respond to the cycles of violence that confront us.

I’m not so naive that I believe every bully or extremist can be reasoned with. But I hope that fostering greater self-awareness can help our species cope more creatively, intelligently and constructively with humanity’s darker impulses.

Violence begets violence. On the other hand, empathy and compassion take us beyond our own woundedness. We come to see the humanity and hurt, even in the troubled souls that seek to do harm. When we seek to heal wounds rather than avenge wrongs, we begin to tip the world in a better direction.