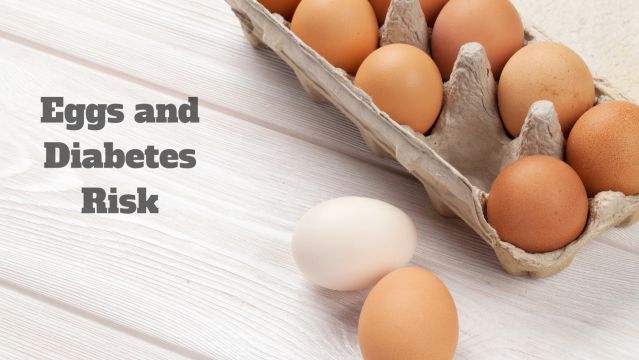 Type 2 diabetes is a serious illness that can lead to compromised quality of life for many people who live with it.

Because of rising rates of this condition in both adults and adolescents, prevention strategies are becoming increasingly necessary. One major factor in the prevention of type 2 diabetes is nutrition.

Eggs, while long known to be a highly nutritious food, have been demonized for a number of years due to their high cholesterol content. We’ve been told for years that foods containing cholesterol may lead to heart disease, and can raise type 2 diabetes risk. It’s certainly been a sad decade for eggs.

As it turns out, however, nutritious sources of cholesterol and saturated fat aren’t actually bad for us… and new research has found that eggs may actually lower type 2 diabetes risk.

The aforementioned new study, performed by the University of Eastern Finland and published in the American Journal of Clinical Nutrition, surveyed the diets of just under 2,400 men between the ages of 42 and 60. The men’s health data and diets were followed for just under 20 years, and it was noted which men developed type 2 diabetes.

“Higher egg intake was associated with a lower risk of T2D [type 2 diabetes] in this cohort of middle-aged and older men.”

One very important takeaway from this study is that one component of a food — such as cholesterol — does not characterize the nutritional merit of said food. Eggs are a whole food from nature, and their nutritional makeup is multifaceted, which may explain their effect on lowering blood sugar.

On top of that…

Saturated fat is not the enemy

Saturated fats and cholesterol have received such a scary reputation in the last couple of decades that most people instinctively think they should avoid them like the plague. However, as we recently reported, new research reveals that there is no actual observed connection between saturated fats and heart disease.

A large-scale analysis by the University of Cambridge, England, involving 600,000 individuals, 72 studies, and 18 countries around the globe, found no link between saturated fats and heart disease. Quite the opposite of what we’ve been told, isn’t it?

Back to type 2 diabetes: A study performed earlier this year by Lund University in Sweden surveyed the diets of approximately 27,000 people between the ages of 45 and 74, for a period of 20 years. On the results, study leader Ulrika Ericson stated:

“Decreased T2D [type 2 diabetes] risk at high intake of high- but not of low-fat dairy products suggests that dairy fat partly could have contributed to previously observed protective associations between dairy intake and T2D.”

Interestingly, this study also found that high consumption of meat — any type, high or low fat — was associated with a higher risk of developing type 2 diabetes. However, this could potentially be because whole and unprocessed meat sources were not differentiated from processed meats in the study.

“Our results suggest that we should not focus solely on fat, but rather consider what foods we eat. Many foodstuffs contain different components that are harmful or beneficial to health, and it is the overall balance that is important.”

The many benefits of eggs

Eggs themselves truly do fall into the category of superfoods. One egg contains six grams of protein, and all 9 essential amino acids. They contain vitamin A, B-vitamins including vitamin B12 and choline (which is key for the nervous and cardiovascular systems), as well as vitamins D and E. They also contain the minerals phosphorus, iodine and selenium, to name just a few.

Furthermore, research has shown that eating eggs can actually help to raise levels of HDL “good” cholesterol in the body. A 2013 study performed by the University of Connecticut recruited 17 volunteers, who ate either three whole eggs, or the equivalent amount of an egg substitute, for 12 weeks.

On their results, the researchers concluded:

Why you should choose organic, pasture-raised eggs

While eggs are indeed superfoods, not all eggs are created equal. Those derived by conventional agricultural practices come from some pretty horrific conditions. According to Paige M. Tomaselli, senior attorney at the Center for Food Safety:

“The severely constrained hens in these stacked wire cages are often covered in feces from birds in overhead cages, and are prone to drowning in manure trenches that run under cages and into pipelines. Unsurprisingly, battery cage eggs are 25 times more likely to harbor Salmonella than their cage-free counterparts, and eggs are the leading cause of Salmonella poisoning, infecting 142,000 Americans every year.”

Hens raised in these conditions are also often fed a diet of GMO grains — not what nature intended at all! 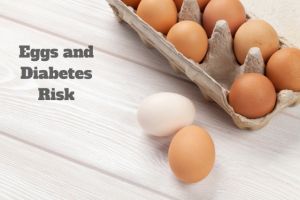 On the other hand, pasture-raised hens raised for egg-laying are allowed to roam around in their natural environment, and to peck and eat the diet that nature intended. This actually leads to higher nutrient levels. Research has shown that the eggs of pasture-raised hens had up to 200 percent more vitamin E than their conventionally raised counterparts. That’s a significantly higher nutritional quotient! Vitamin E has many roles, but is best known for promoting beautiful skin, hair, and nails.

Other research has shown that pasture-raised hens who eat lots of legumes, such as clover and alfalfa, have higher levels of essential omega-3 fatty acids in their eggs. Omega-3 fatty acids are an important part of a healthy diet, as they support the optimal health of the heart and brain, among many other physiological processes. They have even been shown to aid with certain psychological processes — some research has found that they have the potential to alleviate depression.

Oh, and it’s not just chicken eggs either… other types of eggs can also be remarkably healthy — as long as the birds are pasture-raised in responsible conditions and allowed to eat their natural diets.

When it comes to type 2 diabetes, lifestyle plays a huge role

While more research needs to be done on the connection between eggs and type 2 diabetes, results so far look promising. Eggs are chock-full of nutrients, make a great healthy breakfast (the most important meal of the day, of course), and are a great protein and B12 option for vegetarians, as well. Plus, they are inexpensive — this is one superfood that buying organic and pasture-raised won’t break the bank!

The moral of the story as far as type 2 diabetes — and many other chronic ailments — is to stick to whole, nutritious foods. Cholesterol in itself is not the deciding factor. Many fake foods are high in cholesterol, and many real ones are too. As many researchers mentioned in this article have pointed out, it’s not the isolated component that determines the nutritional value of a food — it is a delicate balance. And no one perfects this balance like Mother Nature.

So, ditch the processed foods, don’t be afraid of saturated fat from real food sources, eat plenty of fruits and veggies, be sure to exercise regularly, find ways to manage your stress levels, and get plenty of sleep, and you’ll be setting yourself up for the brightest future possible!

What’s your favorite way to eat your eggs?