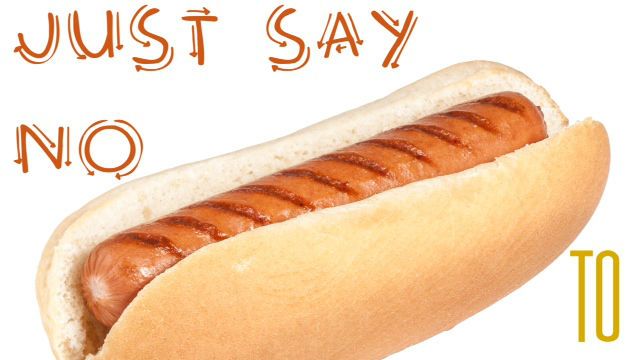 Lean cuts of organic meats are often considered healthy contributions to a well-rounded diet. Yet many people are under the misconception that deli meats fall under this same category.

While it’s true that cold cuts like turkey, ham or chicken breast are indeed lean, that may be their only benefit. Processed meats such as cold cuts, bacon and hot dogs may be some of the most carcinogenic foods you can serve up according to many researchers.

According to the American Institute for Cancer Research (AICR), processed meats are defined as “meat preserved by smoking, curing, salting or by the addition of preservatives.” Their list of examples include ham, bacon, pastrami, salami and hot dogs. In a 2011 study, AICR researchers found substantial evidence that consuming processed meat led to an increased risk of developing colorectal cancer. A 3.5 ounce daily serving was associated with a 36 percent higher risk, yet researchers noted that the risk was increased with any portion size.

A 2012 study published in the British Journal of Cancer examined 11 existing studies and over 6,600 pancreatic cancer patients. From their analysis, they determined that processed meat consumption was directly related to increased pancreatic cancer risk while researchers from the Harvard School of Public Health found a 42 percent higher risk for developing heart disease and a 19 percent greater risk for developing diabetes in individuals who consumed as little as 1.8 ounces of processed meats daily. This translates into a mere two slices of deli meat or one small hot dog.

As if increased risk for developing colorectal and pancreatic cancer along with diabetes and heart disease weren’t enough of a deterrent to keep these heavily processed products off the dinner table, yet another study published in the European Journal of Cancer Prevention examined the relationship between the role of processed meats in the diet of over 19,700 cancer patients. Their in-depth analysis found that these meats were associated with an increased risk of stomach, lung, colon, pancreas, testicular, kidney and bladder cancers as well as leukemia.

Essentially, consuming even a modest amount of processed meat products increases the risk of developing an overwhelming amount of cancers and chronic diseases. Researchers are not entirely sure what exactly it is about those oh-so-convenient pre-packaged and individually sliced cold cuts that are so deadly, but they think it may have something to do with their high concentration of nitrates.

Nitrates are chemical preservatives added to increase shelf-life, retain color and enhance flavor of meats that will be sitting on supermarket shelves for weeks or even months. When consumed, nitrates can convert to nitrites which in turn combine with other compounds in the body to form nitrosamines. These are the compounds that are the most dangerous as they can bind to the DNA of human cells causing mutations that lead to cancer development. 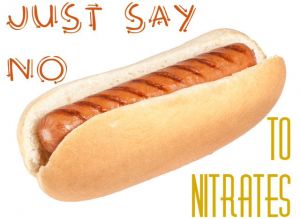 If you absolutely have to have a deli meat sandwich or just can’t say no to a hot dog on the grill, look for organic varieties that don’t use nitrates as preservatives. You can also purchase grass fed beef dogs that are healthy and filler-free.  Many organic brands as well as a few conventional ones avoid dangerous preservatives. These meats spoil quicker but are far safer for you in the long run.

Pile sandwiches high with fresh veggies or add extra probiotic-rich sauerkraut to your hotdog and limit these indulgences as much as possible. And, of course, use a gluten-free bun.