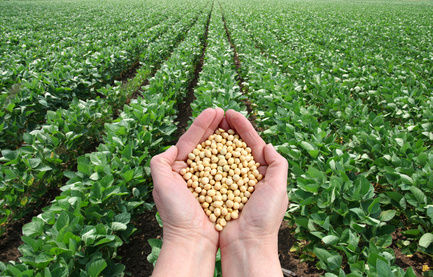 In a true sign that the winds are turning away from the genetic modification of our food, more and more American farmers are starting to plant non-GMO seeds – for profit reasons!

In a recent article published by the Wall Street Journal, journalist Jacob Bunge details the growing number of farmers, especially around the midwestern United States, who are finding it to be more profitable to plant non-GMO seeds. As of 2014, Bunge reports, the GMO-free retail industry was soaring at 9.6 billion dollars.

Lynn Clarkson, the president of Clarkson Grain Company, which contracts farmers to cultivate crops grown from non-GMO seeds, told the WSJ, “we’re seeing more interest in producing for the [non-GMO] markets than we ever have.”

The article also follows Jim Benham, a soybean farmer from Indiana, who planted non-GMO seeds last year for the first time in two decades. Because of this move, Benham saw a profit. He stated, “I was profitable because I made the switch.”

The agricultural magazine Modern Farmer also recently covered the shift to non-GMO planting. Farmer and crop consultant Aaron Bloom told the publication, “we get the same or better yields, and we save money up front.”

Another farmer who was interviewed, Christ Huegerich, added, “five years ago the [GMO seeds] worked. I didn’t have corn rootworm because of the Bt gene, and I used less pesticide. Now, the worms are adjusting, and the weeds are resistant. Mother Nature adapts.”

As we covered in an earlier article, the rising use of GMO crops in recent years (the downturn has only been occurring recently) has been leading to soaring pesticide, herbicide and insecticide use. Exposure to these pesticides has the potential to harm human health – especially for farm workers who are directly exposed.

Also, while the long-term effects of GMOs on human health are unknown, areas of high GMO cultivation in Argentina – which are also areas of dense Roundup pesticide use – have seen double the cancer rates. The link is not definitively proven, but is definitely troubling.

So, could it be that we’re FINALLY looking at a GMO-free future for our crops? It may be too soon to tell, but if non-GMO is now the more profitable option, then we’ve made a huge step in the right direction!