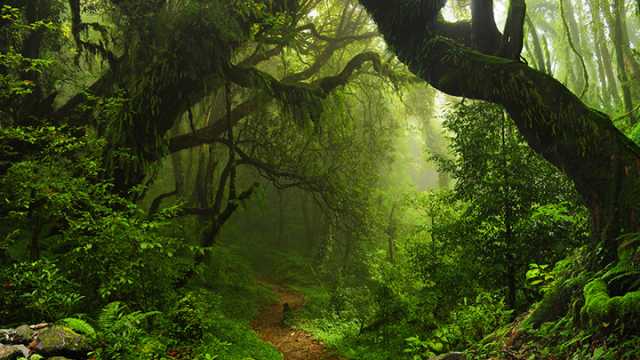 When I first read this new study about climate change and wildlife extinction, I couldn’t help but feel absolutely rotten inside. And to be honest, that feeling has stuck with me all day. There are many conflicting views when it comes to climate change, but when you read this startling figure, there’s only one way you can see it.

Based on a new study, local extinctions have already become apparent in 47 percent of the 976 plants and animal species that researchers studied. Meaning, climate change is wiping out species at an alarming rate — and we have played a direct and dramatic role.

Climate change is a frightening reality

For those who do not believe climate change is real, it’s a barrier that we need to overcome. Perhaps it’s easier to ignore what’s going on, purely based on vested interests. After all, if we were to take substantial action against climate change, we would need to directly target the greenhouse effect.

When it comes to the well-being of our planet, and the species which call it home, we need to understand that the earth’s temperature is a balancing act — and the scales are about to tip. There have most certainly been climate changes throughout history, based on solar energy, natural changes and even volcanic eruptions. But recent observations cannot be explained by natural causes alone.

Meaning, our actions are playing a dominant role. As stated by the U.S. Environmental Protection Agency, human activities release over 30 billion tons of carbon dioxide into the atmosphere every year. This is due to a number of factors, including the burning of fossil fuels and dramatic changes in land use.

One area that needs to be addressed is agriculture. I could go on about factory farms and the production of meat until I’m blue in the face. It’s a topic I’m extremely passionate about, especially in terms of sustainability and the effects of methane. This can be seen in the groundbreaking documentary, Cowspiracy.

The evidence is clear, so how can there still be so many people in denial? Climate change is real and based on this recent study, the results are devastating. Hundreds of plants and animals have already become extinct — how will we respond in the future?

I remember a wildlife book I had as a child. Within the series, the last page was always an animal who had already become extinct. More often than not, the animal was fairly exotic and had been over poached. Even at a young age, I understood that this cause and effect was alarming.

Dozens of studies have already shown the dramatic effects of climate change, as species are shifting within their geographic ranges. This most recent study reported the effects of these studies in terms of local extinctions, which has already occurred in the warmest parts of these ranges.

Affecting more than 450 plant and animal species, this is extremely concerning. Global warming has increased by less than one degree celsius so far. Considering temperatures are expected to rise by another one to five degrees within the upcoming decades, researchers believe that extinctions will become much more widespread.

By this time, local extinctions may affect species that humans depend on for both food and resources — maybe then we’ll pay attention. As stated above, researchers found that approximately half of the local species surveyed were, in fact, extinct. On that note, extinctions did vary by region. They were nearly twice as common among tropical species.

Considering the majority of plants and animals live in the tropics, this effect is much more than a red flag. Published in PLOS, this study strengthened our understanding of how various plant and animal species are responding to global climate change. It also highlighted the need to both slow down and prevent further warming.

What can I do?

You may be thinking, well, I am not in control of these large corporations — how can I do anything? How can I personally impact the environment and better our planet?

On that note, I would like to share a video with you. As stated by the young genius who is aiming to clean our oceans, “Pessimism is what preserves the status quo, and optimism is what bring us forward.” Take a look at what he is currently doing to improve the health of our oceans and in turn, our planet.

If we all had this type of attitude and perseverance to improve the earth’s balance, we could make a significant impact. So, back to you — and your small carbon footprint. What can you do to help slow climate change?

1. Increase awareness and get involved

Education is a powerful tool and so is appropriate action. We need to start putting pressure on political representatives to take immediate action. Remind politicians and the media that when aiming to reduce greenhouse emissions, we can improve the health of our planet, build healthier communities and even create jobs.

I had a chat with my 87-year-old grandpa the other day about how many people mindlessly leave all the lights on in the house. People leave the TV on, and this and that, when they’re not even present. If you’re already mindful about switching off the lights and reducing energy consumption, you should also: 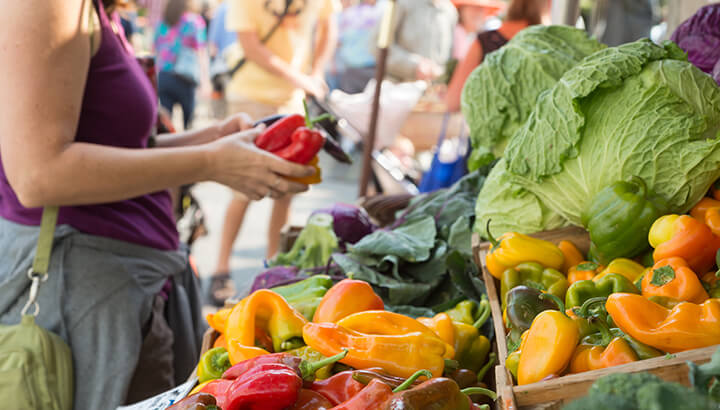 I cannot stress this enough — buy organic, locally grown foods. Not only are they healthier, they also reduce the carbon footprint. Also, avoid all processed foods. They are not only detrimental to your health, but the manufacturing process is hard on the environment. Please start considering at least one meat-free meal daily, growing some of your own plant-based foods.

Whenever possible, you will want to actively reduce waste. Landfills contribute to greenhouse gas, so please reduce the amount of garbage you’re throwing to the curb. Our garbage gets picked up once every two weeks. Between my husband and I, we barely fill half a bag.

Since we grow our own vegetables, we have a compost storage unit at the side of our house. Kitchen scraps and garden trimmings are placed in the top and turned. Later, nutrient-rich soil comes out the bottom. The same is true for anything that can be recycled — paper, plastic, glass and metal.

There are plenty of organizations that are looking for a helping hand. You do not necessarily need to donate any money — but your time and effort would be greatly appreciated. You can volunteer to plant trees, for example. This allows you to spend time outdoors while you increase your physical fitness.

One of the organizations that I personally support and love is Environmental Defence. They are doing so much for both Canadian communities and our land. Look for local organizations that you can get behind. Don’t be shy to ask questions and seek more information.

Based on these most recent findings regarding widespread extinction, we need to join forces and work together. Although we humans believe that we are superior in many ways, the circle of life has always been that — a cycle that is reliant on thousands of species. As you can imagine, when any number of species are wiped out, a domino effect occurs.

It’s time that we place the arguments aside and focus on the reality associated with climate change. And as stated by the incredible American astrophysicist, Neil deGrasse, “ I’m often asked whether I believe in global warming — I now just reply with the question: do you believe in gravity?”