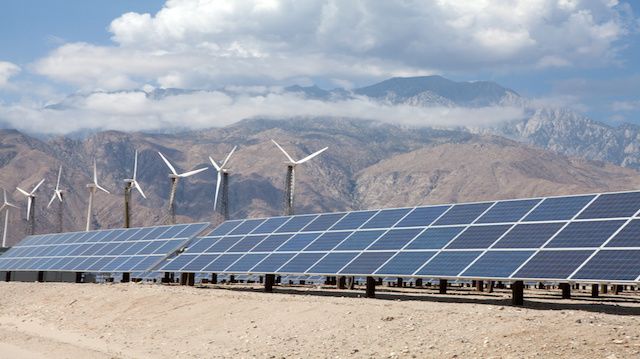 Renewable energy seems unattainable sometimes and like magic other times, but the reality is quite different. From solar and wind power to geothermal, biomass and hydroelectric energy, here are six benefits of alternative energy sources that we really need to consider.

A wealth of alternative energy sources, from wind and solar energy to hydroelectricity and biomass fuel offer a way to power homes, vehicles or businesses without using fossil fuels. That means renewable energy sources can help reduce the amount of greenhouse gas emissions we put into the air. Wind power and solar power are fairly self-explanatory; they use the power of the wind or the sun to generate electricity. This electricity is generally stored in batteries and can be distributed like traditional utility electricity.

Hydroelectricity works in much the same way, by using a natural power source — in this case, water — to generate power. Geography can be an issue with all three sources, but the payoff is great for areas well suited to wind, solar and hydroelectricity: they produce zero emissions.

Renewable energy tends to be more labor-intensive than fossil fuel sources of energy, thus creating more jobs. According to the Union of Concerned Scientists, thousands of people already work for companies connected with renewable energy. This includes people who work for utility companies as well as those who work for companies that produce parts for utilities, like wind turbines or solar panels. The Union of Concerned Scientists conducted an analysis in 2009 centered on an ideal of 25 percent of our energy coming from renewable sources by 2020. A staggering 202,000 new jobs would be needed to support this infrastructure by that time. How is this not a great idea?

“Reducing our dependence on foreign oil” is a phrase used by many political candidates on both sides of the fence. Ironically, some of these same politicians don’t see how beneficial renewable energy is in terms of diversifying our supply to reduce our dependence on oil companies. Hydropower, for example, is a great source of domestically-produced power that generates power directly to the grid. The same can be said for solar, wind and geothermal energy sources. In fact, according to National Geographic, geothermal energy from “underground reservoirs of steam and hot water can be tapped to generate electricity or to heat and cool buildings directly,” which means geothermal energy can be accessed all year long, making it both renewable and reliable.

This one almost goes without saying. If we use renewable energy more often, then we’ll all reap the health benefits. A study from the Clean Energy and Climate Change Office of the U.S. Environmental Protection Agency found that Americans spend an estimated $361.7 to $886.5 billion each year on our health for conditions related to the use of fossil fuels. Such conditions include cancer, neurological problems, heart disease and more.

One renewable resource to consider is biomass. Biomass uses agricultural or restaurant waste — vegetable oil is a great source of biomass energy — as well as corn and soybeans to power vehicles that would otherwise run on fossil fuels. Biomass helps eliminate fossil fuel emissions while cutting down on the waste going to landfills. That’s a win-win in our book.

With climate change, extreme weather has become a fact of life. It’s hotter in the summer and colder in the winter in many parts of the United States. In reaction, we tend to crank up the heat in the cold months and use air conditioning to keep the temperature way down in the summer. This behavior leads to the necessity of brownouts or rolling blackouts in some areas, leaving houses without much-needed electricity. 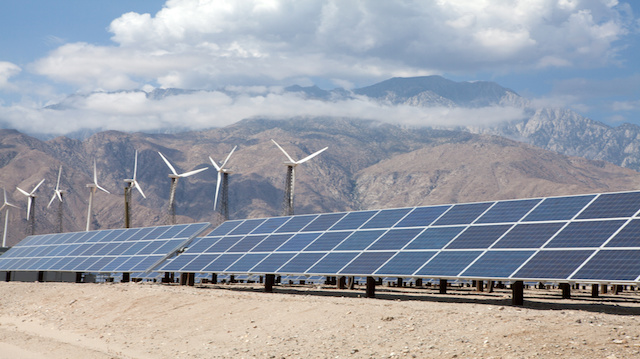 Solar energy is a renewable energy source that you can install right on, or beside, your house. When it’s attached to the grid, any power you don’t use goes to the utility company, and they may end up having to pay you for power instead of the other way around. But one of the coolest things about having your own renewable source of energy is that you’re independent of neighbors or the utility company. This means everyone else could be experiencing a brownout in the summertime while you’re using the power of the sun to keep cool.

Once the initial cost of construction and setup of a renewable power source is covered, it can quite quickly begin to pay for itself. Some sources allow you to save money quicker than others. Solar, for example, requires a large investment up front, so the payoff is delayed when compared to other sources. However, proper storage decisions, such as the amount and quality of batteries used, can help reduce costs on a grand scale.

It’s high time we look at some of the benefits of renewable energy for what they are: ways to help us all live better, healthier lives. If we can save a little money and enjoy some independence in the process, that’s even better.

What are your thoughts on renewable energy?