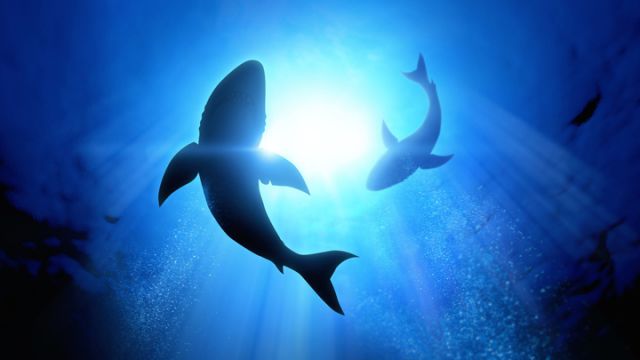 Sharks and people both enjoy warm water and that can be problematic. More unprovoked shark attacks were documented in 2015 than any other year in history, with 98 unprovoked attacks and six fatalities according to the International Shark Attack File. This surpasses the previous high number of 88 unprovoked attacks in 2000.

Scientists say we shouldn’t be surprised to see an increase in shark attacks as they  continue to move into areas where more people are going swimming, much like other marine species. A report published last year in “Progress of Oceanography” stated that much of marine life is moving north by 30km per decade in response to warming waters.

This trend of marine life moving north brings with it some questions:

While some of the above questions are currently unanswerable, one thing we do know for sure now is that warmer waters means more sharks swimming in the same places we do.

Even though the summer is just starting, so far in 2016 there have been 18 confirmed attacks, though none of them fatal.

At the end of last month, a man was bitten on Sullivan’s Island in South Carolina by what was believed to be a sand shark. The same area produced two shark attacks in 2015 as well.The website TrackingSharks.com keeps an up-to-date map with all the latest shark attacks listed

The risk of shark attacks in comparison to other potential causes of harm is quite low. As conservationists are always quick to point out, you are far more likely to be hit by lightning than you are to be eaten by a shark. In fact, even if you are at the beach, you are far more likely to drown or die in a boating accident than you are to be attacked by a shark.

That isn’t to say you shouldn’t be afraid of shark attacks, however. It just means there are lots of other things out there that can harm you as well. ou should be vigilant all the time.

If we were experiencing this rise in shark attacks a few decades ago, the response would have been to round up people from the community in boats and go kill sharks. Now of course, conservationists are much more knowledgeable about the important role that apex predators play in our ecosystem and mass shark hunting is no longer something society will accept.

Experts estimate that as many as 100 million sharks are killed each year through fishing, and some experts believe that over 90 percent of shark populations have already been wiped out.  Sharks are particularly prone to overfishing as well, since their populations are slower to rebound than many other species. Sharks only have a few offspring; when they do, it is in a later stage of adulthood than for many species, thus making it more difficult for their populations to increase following a period of overfishing.

It is not just fishing that is a threat to global shark populations, however. They are particularly vulnerable to some of the side effects of climate change as well. Most noteworthy are sharks’ reliance on coral reefs to find food. Twenty-five percent of the world’s marine life is hanging around coral reefs, a great place for sharks to get a meal. With climate change putting the survival of the world’s coral reefs at risk, sharks will see a resultant decline in food stocks as well.

Shark fin soup and the “shark-finning” it necessitates is met with particular disdain amongst marine conservationists, in part because all species of sharks used for this purpose are listed as endangered. In order to obtain the fins for this soup, they are often cut off directly from the shark while it is still alive and afterwards the shark is shoved back in the water where it sinks and dies. Most types of soup, tomato or lentil for example, do not involve the live decapitation of animals, so some people feel shark fin soup to be unnecessarily cruel in its preparation.

Despite the best efforts of many conservation organizations, and a campaign by retired professional basketball player Yao Ming, shark fin soup consumption is increasing.

Populations increasing in some areas

Recently a few researchers have stated that they have seen a rise in some shark populations. Chris Lowe, who has been studying shark populations at the Shark Lab at California State University, Long Beach, credits this population rebound to conservation efforts that go back decades. According to Loew, a ban on hunting white sharks and an abundant supply of marine mammals has allowed populations in the United States to increase, it just has taken decades for the benefits to take shape.

Lowe isn’t alone in his findings either. A study on the other side of the country has revealed East Coast shark populations might be increasing as well. The impossibly named Narragansett Laboratory of NOAA Fisheries’ North East Fisheries Science Center (NEFSC)  announced last year that surveyed shark populations reached a record high in their 29-year history.

Putting all of this information together, it appears that shark populations are declining to threatened levels globally while simultaneously increasing off the coast of the U.S. in places where people swim. Whether this increase is due to localized conservation efforts or shark populations migrating farther north, one thing seems certain: there are more sharks swimming with us today than there had been previously.