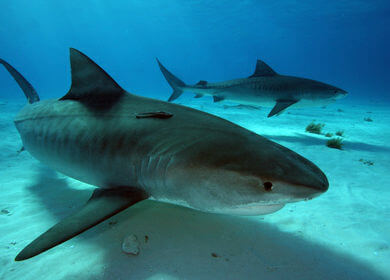 With this year’s Shark Week drawing to a close, we at The Alternative Daily wanted to take a few moments to reflect on these amazing creatures, and what we can learn from them.

One common misconception about sharks is that they have tiny brains. This is entirely false. Sharks’ brains are relatively large, as well as complex. They are the same approximate size as the brains of mammals and birds, which are thought by many to be more ‘advanced’ animals. Sharks have the capacity to learn, and to be trained.

The world’s oceans contain over 350 different species of shark. Most sharks primarily eat fish and other marine mammals, but will eat what is available when their favorite prey is not around. Whale sharks, which are the largest fish in the world, eat plankton.

Humans could learn a lot from a shark’s diet. First of all, they eat primarily fish, which is an excellent, lean source of protein which provides essential omega-3 fatty acids. Omega-3’s promote healthy growth and development, and are especially key during pregnancy. They have also been linked to reduced inflammation in the body, which keeps an array of diseases from forming.

Additionally, sharks only eat when they need to. They do not overeat, even if prey is abundant. A satiated shark is not a threat to humans; they will only attack if they are hungry, or threatened. Humans, on the other hand, often overeat for emotional reasons that have nothing to do with hunger. Sharks restrain themselves unless they are actually hungry, and as a result, maintain lean, efficient bodies which allow them to swim very rapidly. 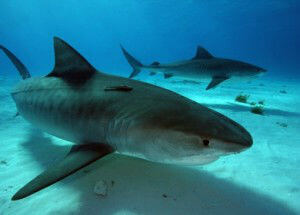 According to Oceana, an organization dedicated to protecting the world’s oceans, there are only several hundred great white sharks left in the Pacific Ocean, and their young are threatened by gillnets. Oceana is currently working towards adding great white sharks to the California Endangered Species List.

Great white sharks are one of the top species of the marine food chain, and naturally control other populations, such as seals and sea lions. Without great white sharks, the ocean’s food chain would be in disarray, and it is unknown what the consequences would be, or how far they would reach.

It’s not just the great whites that are in danger, however. When we dump toxic chemicals into our oceans, all marine life suffers, as do we. We are disrupting the natural balance of our ecosystem by continuing to be careless with our environment, and sharks are one of the main species that suffer.

Shark Week serves as a reminder not only of sharks, but of the importance of taking care of our oceans, and our planet. If we do not care for our Earth, how can we expect it to care for us?