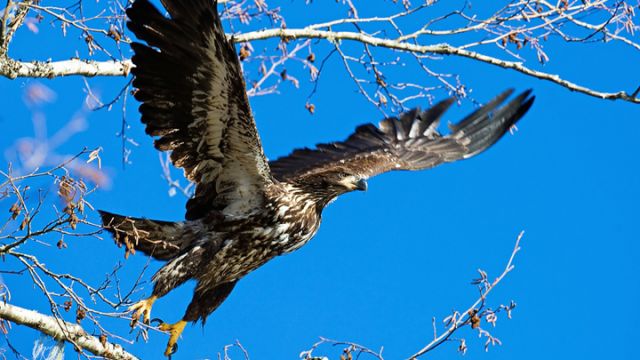 Seeing a large bird try to carry your child away is a gut-wrenching moment that no parent could ever foresee. But that’s exactly what happened when a wedge-tailed eagle tried to steal a child — like a small animal — during a show at Alice Springs Desert Park, Australia.

Christine O’Connell from Horsham in Victoria State told the BBC that she and her husband were visiting Alice Springs Desert Park in Australia on July 6 when the attack occurred. O’Connell told the BBC the eagle flew straight for the boy, from about 15 meters (about 50 feet) away.

Stunned onlookers watched as the enormous wedge-tail eagle latched its talons into the boy’s head during a show at the park. The giant eagle is the largest raptor in Australia, according to the Australia Zoo, and has a wingspan of 2.74 meters (almost 9 feet).

O’Connell who managed to catch the attack on her camera told the BBC, “a fellow who was sitting closer said the little boy kept running his zipper up and down.”

Park staff were able to quickly move in as the eagle grabbed the boy’s green hoodie. While the attack left the boy crying and bleeding, it’s reported that he escaped with only superficial wounds to his face.

After being contacted by the NT News, the park quickly issued a statement. The statement read:

“On Wednesday, July 6, an incident occurred at the Alice Springs Desert Park where an eagle made contact with an audience member. A thorough investigation regarding the circumstances behind this incident is under way and the eagle will be removed from the show while this investigation is ongoing.”

By bringing people and wild animals together, parks like Alice Springs serve to educate the public and help foster an appreciation of all animals. The Desert Park is committed to the conservation of Northern Territory biodiversity, according to their website, as well as both state and federal recovery plans. Yet, once again, we’re reminded of the dangers that can occur when keeping animals in captivity for the purpose of entertainment.