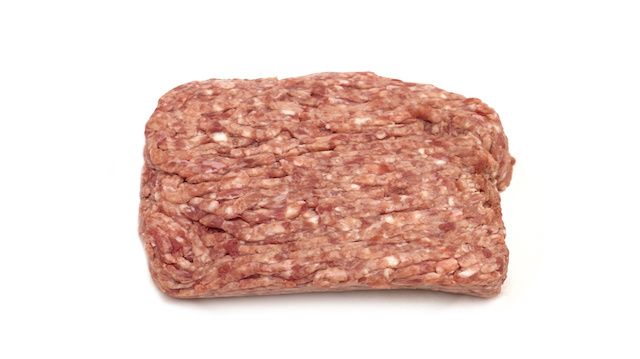 A study conducted by scientists with the Physicians Committee for Responsible Medicine, tested chicken products for the presence of feces, sold in 15 grocery store chains, within 10 U.S. cities. Not so surprisingly, chicken products from every grocery store tested positive for fecal contamination — 48 percent of all chicken samples tested positive.

How does this happen

Typically, due to the conditions of poultry farms and during transportation, chickens and turkeys defecate on themselves, on each other and stand in their own poop. In addition, feces are also present in intestines during the time of slaughter.

Chickens are stunned, killed, bled and then sent through scalding tanks, which help remove feathers but also transfer feces from one bird to another. Carcasses are rinsed with chlorinated water and then visually inspected for fecal matter. However, with some slaughter lines processing as many as 140 birds per minute, inspectors have little time to examine each caucus for feces.

Carcasses are then chilled in ice water, where feces can spread from bird to bird. After chilling, some chickens are cut into pieces, allowing further fecal contamination from carcass to implements. Birds are packaged, carrying fecal bacteria to consumers.

What’s in a feces

While feces aren’t typically visible on turkey, chicken breasts or meat products it does contain undigested food, dead cells, hepatically excreted compounds, parasites, and live bacteria, which can be benign or pathogenic.

The U.S. Department of Agriculture (USDA) requires slaughterhouses and processing companies to test for levels of E. coli. Therefore, according to the USDA’s “Guidelines for Escherichia coli testing for Process Control Verification in Poultry Slaughter Establishments,” facilities must test one chicken per every 22,000 slaughtered, or perform at least one test each week.

Clearly, with so much poultry and meat products sold in grocery stores testing positive for fecal pathogens such as salmonella, campylobacter, E. Coli something is clearly not working.

Salmonella, a fecal pathogen transfers to us when we eat foods contaminated with animal feces. Each year approximately 20,000 people are hospitalized, and almost 400 die because of salmonella poisoning suggest the Centers for Disease Control and Prevention (CDC). Symptoms of Salmonella poisoning range from diarrhea, abdominal cramps, headaches, body aches and fever to chronic debilitating arthritis.

Where is salmonella found the most? Most would guess chicken, but no, turkey has nearly twice the risk of salmonella contamination. And in terms of percentages we’re talking about  one in seven retail packages of poultry has the potential to make us ill.

Contracting campylobacter food poisoning once, can trigger Guillain-Barré Syndrome, which can leave you so completely paralysed you can’t even breathe on your own. With the virtual elimination of polio in the US – the most common cause of neuromuscular paralysis comes from eating chicken. Campylobacter is found mostly on chicken breasts, and in fewer than 50 percent of the chickens sold in stores.

Food becomes contaminated with campylobacter, when food handlers do not properly wash their hands after touching raw meat or after using the washroom, suggests the Public Health Agency of Canada. Bacteria may also transfer directly from chicken, to contaminate other foods or surfaces, including cutting boards and knives.

E. coli is a general indicator of how much poop is on or in the meat. Most strains of E. coli are harmless; yet, some strains can make you very sick, causing severe stomach cramps, diarrhea and vomiting. Serious complications of an E. coli infection may also lead to kidney failure.

Once again, turkey has the most E. coli, with 9 out of 10 packages sold, containing poop. Unfortunately, most ground beef has manure in it as well. But on a positive note less than half of all pork chops in the store are contaminated with hog feces. 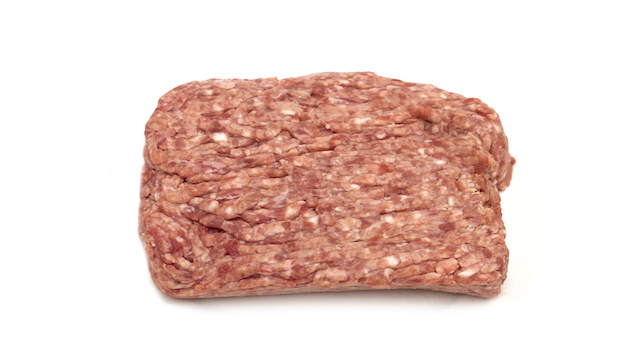 So, we now know that feces contamination may be found on a high percentage of poultry and meat products prior to the packaging process. We also know that feces contamination exists inside the packaging once it reaches the grocery store. Therefore, as consumers, we should be keenly aware that animal feces enters our kitchens on approximately half of the poultry products we purchase, regardless of the region or brand. So, what can we do about it?

The meat packaging industry might be out of our hands; however, whatever we bring into our kitchens — we can control. When handling raw meat, wash your hands and surfaces often, suggest the USDA. Separate raw meat from other foods, cook to the right temperature to kill bacteria and refrigerate raw meat quickly.

The moral of this story: Until improvements are in place, in the way our meat and poultry sources are treated and packaged, always assume there is poop in your ground turkey.