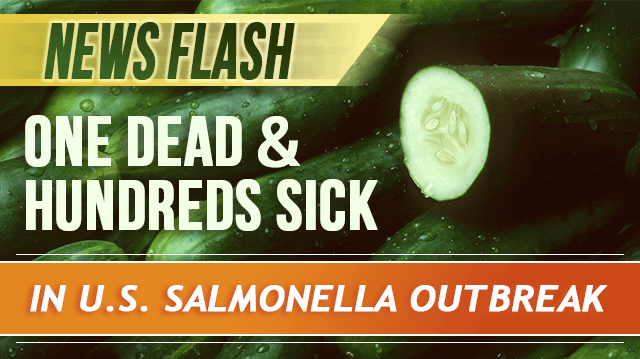 The Centers for Disease Control and Prevention (CDC) issued a statement September 4, 2015 outlining the multiple state outbreak of the Salmonella Poona strain. Cucumbers from Andrews & Williamson Fresh Produce have been identified by the San Diego County Health and Human Services Agency as the cause. The CDC reported, “58 (73%) of 80 people interviewed reported eating cucumbers in the week before their illness began.”

The Salmonella outbreak is thought to have begun in July and the Andrews & Williamson Fresh Produce company issued a recall of cucumbers sold between August 1, 2015 and September 3, 2015. Fred Williamson, the president of Andrews & Williamson Fresh Produce issued a press release September 4, 2015, stating, “The safety and welfare of consumers is the highest priority for our company. We are taking all precautions possible to prevent further consumption of this product and are working to learn if and how these cucumbers are involved in the ongoing outbreak.”

A nightmare ensues for the people and families infected, since over half of the 285 people reported to be ill with Salmonella are children younger than 18 years old. The Salmonella Poona strain is more deadly in children, infants and the elderly, and causes the same symptoms as other Salmonella strains.

Arizona remains the most affected state of the 27 with 66 cases. 54 percent of the people infected are children under 18 — 53 people have been hospitalized and one person has been reported dead, according to the CDC report. The Salmonella-related death was in California, which is also where Andrews & Williamson Fresh Produce is headquartered.

How can you stay Salmonella-free? By avoiding produce that is shipped from afar, eating organic, and making the conscious decision to support your community or local farmers. Andrews & Williamson Fresh Produce is in fact approved by California Certified Organic Farmers (CCOF). The company is also a member of Fair Trade USA and Equitable Food Initiative. However, the cucumbers causing the Salmonella outbreak were grown in Mexico, not California.

Eating fresh, local, organic produce — or any food for that matter — is the best way to not only ensure you are getting the “best” product, but that you are also investing in your community, improving your health, and managing your pocketbook. A March 2005 study published in the Journal of Food Distribution surveyed 336 consumers of produce in California.

The study discusses the specific reasons people buy produce from farmers’ markets in their community. It states, “Characteristics of produce that were found to be very desirable to extremely desirable and were perceived as an advantage for farmers’ market produce included fresh looking, fresh tasting, high-quality product, and a good value for the money.”

Buying your produce locally, whether you drive to a farm or visit your farmers’ market, also has a positive impact on the environment. Organically grown foods have far less impact on the environment. Local, community-based farms only grow organic produce in the state in which they are certified, and follow the requirements set by the state. The pesticides used in “Big Agriculture” are toxic to the soil, workers and environment around the farms as well. 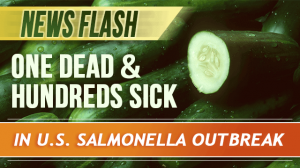 A 2007 study published in Renewable Agriculture and Food Systems discusses the impact true organic farmers have on the world we live in. The study states, “These results indicate that organic agriculture has the potential to contribute quite substantially to the global food supply, while reducing the detrimental environmental impacts of conventional agriculture.”

Do you really know where your food comes from? Putting your foot down and “just saying no” to produce grown by large agricultural companies will allow you to take an alternative approach to how you buy and view your food. It will give you the opportunity to develop a more meaningful connection to the food you eat.

You will get to know the farmers who may have picked your cucumber the day before, and you can have an enthusiastic conversation concerning the love and care they put into their farming practices.

Do you know your produce guy or gal? I do. I talk to them every time I buy something as simple as broccoli or garlic. They are a part of my community and by supporting them, I am taking part in my community, my health and my overall well-being, from the earth to the produce stand.