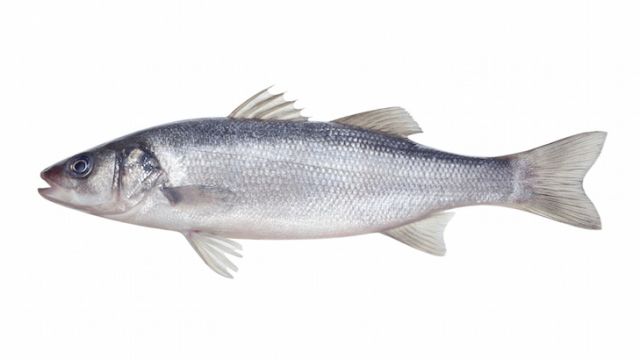 Standing outside a fast-food restaurant and watching an endless stream of people going in and out can be a confusing site to anyone who is conscientious about their health. Knowing what we know about how our diet impacts us, why would anyone choose to put toxic stuff in their body? Yet many people still choose to eat unhealthy food every day. People love eating junk food, and now we are finding out we aren’t the only species to do so.

A study out of Sweden’s Uppsala University recently concluded that perch larvae will choose to eat microplastic particles over their normal food source when such particles are available.

Every year eight million hectares of plastic pollute our oceans and waterways, and researchers are now looking into the dangers this poses to marine life and human health.

“They all had access to zooplankton and yet they decided to just eat plastic in that treatment. It seems to be a chemical or physical cue that the plastic has, that triggers a feeding response in fish,” said study co-author Dr. Oona Lonnstedt.

Discovering that microplastics in the water are making perch slower and less able to survive is not surprising, but it was shocking to find that eating the plastic particles over normal food sources became the fish’s preference.

The researchers concluded what many observers of human dietary habits have already noted: Species will eat foods that have less nutrients and reduce their chances of a long life, and are seemingly often driven by an instinctive pull to do so.

We like to think that human and animal instincts are perfect, always directing us toward the actions that are the best for us, but that appears not to always be the case when it comes to food. It could be that eating some plastic particles created a false need within the perch larvae to eat more, much like the effect of French (freedom) fries on humans.

Oysters, which live by filtering the water that surrounds them and digesting particles that are large enough, are also harshly impacted by plastic pollution in the ocean. A study out of Trent University in Canada analyzed the impacts of microplastics on oysters in a laboratory setting, with half receiving microalgae (their regular food source) and half receiving microalgae along with microplastic particles similar to the estimated five trillion floating plastic particles scientists estimate are currently in our oceans.

The oysters that ingested the microplastics were found to reproduce 41 percent less than those that did not, and the oyster offspring were 20 percent smaller in the plastic-fed group.

Unfortunately oysters and perch larvae are far from the only marine life impacted by microplastic pollution, with scientists believing that over 250 species are ultimately affected.

Plastic in our water

Microplastics are building up in our oceans in two ways:

Late last year President Obama signed the Microbead-Free Waters Act, which will ban the use of microbeads in cosmetic and personal care products beginning summer 2017. If you are looking to avoid using microbeads in your personal care or cosmetic products immediately, there are several apps available that can help you do so.

Unfortunately, plastic consumption overall is increasing worldwide, with 300 trillion tons being consumed each year, up from estimates of approximately 260 trillion in 2008. It might not be enough to simply reduce the amount of plastic that makes its way into waterways; we might have to look for ways to remove the plastic that is already there. Luckily, some innovative young minds are working on ways to do just that.

The 23-year-old Dutch inventor and entrepreneur Boyan Slat founded Ocean Cleanup in 2013, and made a lot of headlines when he was able to crowdfund more than $2 million for his project. The young pioneer of sustainability has developed a system to remove plastic from the ocean, essentially using a giant sieve to separate plastic from non-plastic. While Slat has received incredible praise for his bold initiatives, some critics argue that his plan will involve too much bycatch (marine animals caught unintentionally) and may not be feasible. Ocean Cleanup plans to initiate pilot projects this year.

While the Microbead-Free Waters Act and the ingenuity of young entrepreneurs like Slat represent progress, it is still the case that we are without a cure for our increasingly plastic-polluted planet.