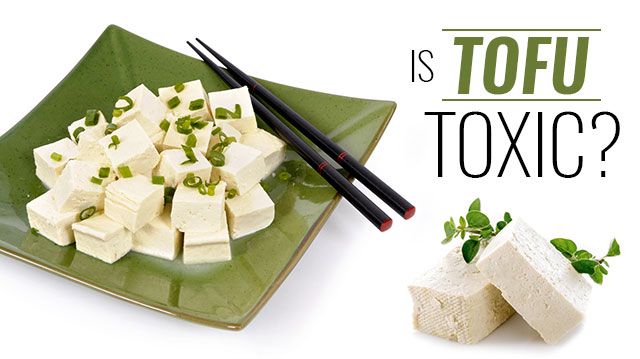 When it comes to soy, we’ve been given mixed signals. Soy products are often the foundation of a vegetarian or vegan diet since these foods are convenient and tasty substitutes for meat. Still there is so much controversy floating around the Internet that it’s hard to decipher the truth. So, is tofu toxic or not? Comprehensive studies offer some insight into the controversial topic.

Why all the controversy?

Some of these benefits have even been attributed to the high concentration of isoflavones, a type of plant-made estrogen (phytoestrogen) in soybeans. The problem is some of the claims made for soy were based solely on early evidence, suggests Harvard School of Public Health. Since these studies were published, more information has surfaced.

In 1999, the Food and Drug Administration (FDA) allowed companies to claim that diets low in saturated fat and cholesterol may reduce the risk of heart disease. This included foods that contained soy. Once again, the claim was based on early research that indicated soy protein lowered levels of harmful LDL cholesterol. Since this time, however, many new studies have tapered this and other claims.

The major problem is with conflicting study results. Some suggest a benefit between soy consumption and breast cancer, while others show no benefit whatsoever. Additionally, many disturbing reports suggest that concentrated supplements of soy proteins may actually stimulate the growth of breast cancer cells. However, the age you take soy could make a difference.

A study from Shanghai published in 2009 suggested that women participants who took soy protein throughout adolescence and early adulthood had an almost 60 percent lower risk of developing premenopausal breast cancer than women with the lowest intakes. When evaluating this based on other types of cancer, there is really no “good” evidence to support claims that soy protects against endometrial, ovarian, colorectal, prostate and other cancers.

Many believe that soy works to treat hot flashes and other symptoms that often accompany menopause. This makes sense, suggests Harvard School of Public Health, since soybeans are rich in isoflavones. Essentially, they could cool hot flashes by providing an estrogen-like boost when estrogen levels drop.

Alternately, some studies suggest it’s unlikely that soy isoflavones have enough estrogenic activity to make an important impact on hot flashes, or any other symptoms of menopause for that matter.

In 1995, 38 controlled clinical trials suggested that eating 50 grams of soy protein a day in place of animal protein reduced harmful LDL cholesterol by 12.9 percent. Over time, that could mean a 20 percent reduction in the risk of heart attack, stroke or other forms of cardiovascular disease.

Yet, according to a more recent study on soy by the nutrition committee of the American Heart Association (AHA) published in 2000, eating 50 grams of soy a day only lowers LDL cholesterol by three percent. Regardless, this means that you would still have to consume one and a half pounds of tofu or eight, eight-ounce glasses of soy milk a day to meet your daily requirements of 50 grams.

Even though soy protein may have very little direct effect on cholesterol, consuming soy foods in place of red meat may be a healthier choice for the heart because comparatively soy is low in saturated fat and provides lots of polyunsaturated fat, fiber, vitamins and minerals.

Your brain on tofu

Some studies have suggested that soy could also help prevent age-related memory loss and cognitive function. Again, research has yielded contradictory results. Some show a benefit for the brain while others show none.

In 2000, a study published in the Journal of the American College of Nutrition found that older women of Japanese ancestry, who lived in Hawaii and ate a traditional soy-based diet, were more likely to develop cognitive problems than similar women who consumed a Western diet. However, more research is needed to confirm these findings, since there may be other factors that swayed the study.

What we know for sure

What we do know is soy is low in saturated fat and contains no cholesterol. Soy also offers the following benefits:

Nevertheless, the nutritional value of any given soy food can differ, depending on how it was processed.

Tofu, also known as soybean curd or bean curd is a versatile cooking ingredient sold in small blocks. It’s made by coagulating the protein of soybeans, in the same way cheese is made. Soybeans are ground with water to produce soy milk, and an “ingredient” is added to form the soy protein into curds. Tofu is said to take on the flavor of any dish it is added to.

Unlike tofu, tempeh is fermented. To make tempeh, soybeans are cooked, usually with grains like rice or millet, and then aged with a special culture that breaks the cooked beans down and binds the mixture into a firm substance that may be crumbled or sliced. Tempeh contains more protein than tofu, and is generally considered to be more flavorful, producing smoky or nutty flavors. Some say it tastes like chicken. 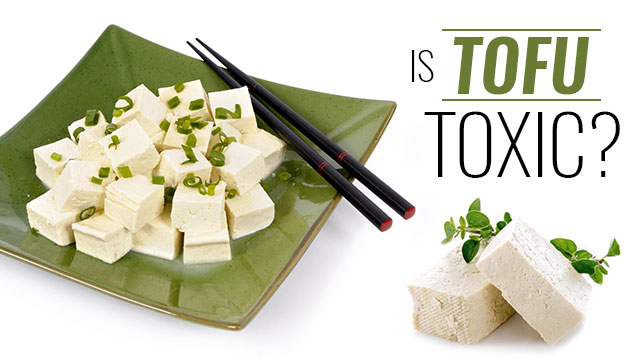 So what health benefits are gained through fermentation? According to a study by the University of Illinois, when soy products were fermented, there was a dramatic reduction in allergens and an increase in the number of essential amino acids, making fermented soy a healthy and safe choice for those who have an allergic reaction to soy.

Some experts believe the only soy you should ever eat is fermented soy. Unfermented soy products like tofu contain phytic acid, which has antinutritive properties, suggests Dr. Mercola, health and wellness expert. Phytic acid binds with certain nutrients, such as iron, inhibiting absorption.

Further investigation showed the “ingredient” that binds tofu during processing appears to be calcium sulfate, also known as plaster of paris. Calcium sulfate is a white, odorless crystalline powder. While it does have many nonfood industrial purposes, according to a product safety summary of calcium sulfate, it doesn’t appear to be toxic to humans or the environment. Still, unlike the fermented versions of soy, tofu is thought to contain toxins and disruptive plant estrogens that could essentially damage the thyroid.

The health claims that surround soy seem to be based on the low rates of heart disease and certain cancers in East Asian populations. It’s worth noting that Asians may not actually eat as much soy as has been generally reported. And the soy consumed in these populations is usually fermented for long periods, considerably reducing the levels of toxins associated with tofu.