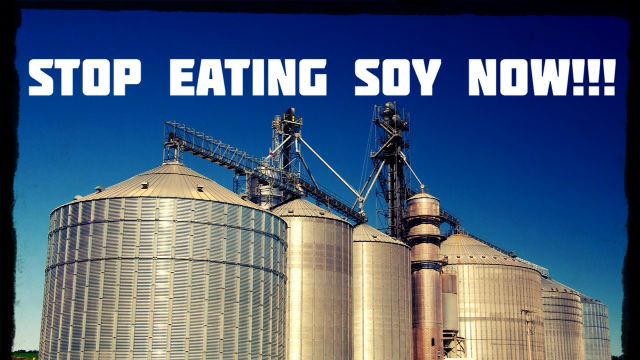 While soy has been touted as a health food for many years, there is a vast difference between traditionally fermented, organic soy and processed products made from unfermented soybeans – the type most commonly eaten in America today. As far as the latter, these can wreak havoc on your health.

For hundreds of years, people across many Asian countries have enjoyed soy as a staple. In modest amounts, it can be healthy, if it undergoes the necessary fermentation process. Tempeh, miso and natto, to name a few traditionally fermented soy creations, are a great source of protein, are high in isoflavones, which are linked to anticarcinogenic properties and contain a good amount of iron and calcium.

The soy products that we are accustomed to in the West, however, including soymilk, soy-based infant formula and soy meat substitutes, are a different story. The following are four reasons to steer clear of commercial soy products:

Unfermented soy can be dangerous

Unfermented soy contains phytic acid, which can interfere with the body’s absorption of calcium, copper, iron, magnesium and zinc. While the traditional fermentation process destroys the phytic acid, unfermented soy can keep your body from using essential nutrients – which is highly dangerous.

Soy in its unfermented state also contains other “anti-nutrients,” such as trypsin inhibitors, which affect the digestion of proteins, as well as goitrogens, which can interfere with the function of the thyroid. According to leading health experts, soy products may also lead to immune system malfunctioning, digestive issues, heart disease and cancers.

On top of that, many processed soy products contain aluminum, a neurotoxic metal which can also interfere with kidney function.

Soy is known to be one of the highest food sources of phytoestrogens, including daidzein and genistein, which may act as estrogens inside the body. When too much estrogen accumulates in the body, it may create a state of “estrogen dominance,” which can have dangerous side effects.

This has been linked by some research to a potentially higher risk of breast cancer, especially if soy intake is high and persists over time. Estrogen dominance is also associated with uterine fibroids, infertility and lowered sex drive.

The phytoestrogens in soy can be harmful to men

The flood of estrogen-mimicking substances from a diet high in soy can be dangerous to men, as well. Too much soy has been linked to a higher risk of gynecomastia in men. This condition is characterized by swollen breast tissue (resulting in men actually growing breasts in some cases), erectile dysfunction and mood swings.

Soy has also been linked by some research to lower sperm counts.

Most soy grown in the US is genetically modified

While the fermented soy enjoyed throughout Asia has traditionally been made of organic soy, over 90 percent of the soy grown in the United States is genetically modified. This in itself is a potential danger, as the long-term health effects of consuming GMOs is unknown. GMO soybean crops are also frequently coated in pesticides and chemical fertilizers, which you definitely do not want in your food.

If you want to have soy, stick to organic, fermented soy. Otherwise, the best choice for your health is just to avoid it altogether.