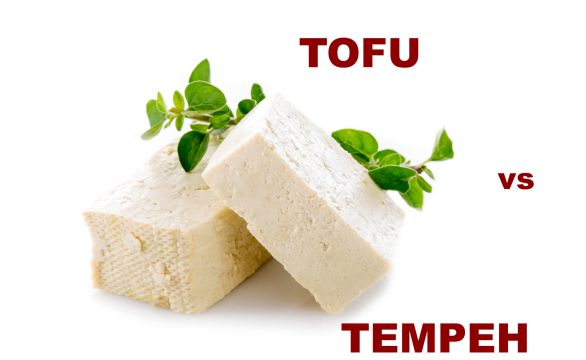 Soy is a popular protein choice for vegans and vegetarians — and also anyone who just plain likes the taste and texture. A rich and varied tapestry of foods made from soy have featured for centuries in the diets of many Asian populations — and it has long been known that many of these diets are extremely healthy.

However, if we think that to mimic the health benefits of the Asian diet we should add as much soy as possible — in all its forms — to our diets, we are dead wrong. This is because first, soy is actually not consumed in large quantities in most of Asia — it mostly serves as an accent, a small part of a meal, or a base flavor.

Secondly, there is a vast difference in nutritional value between unfermented and fermented soy. Thirdly, the industrial processing and ubiquitous genetic modification of American soy plays a huge role.

Tofu has been around since ancient times, and is reported to have been first made in ancient China, sometime in the 100s BC. It has a mild flavor, and soaks up the flavors of any ingredients that surround it. It comes in various consistencies, from silken to extra-firm, and appears as a white, smooth, somewhat “spongy” block.

Tofu is made through a process of curdling fresh, heated soy milk, and then adding a coagulant. In ancient times — and in some traditional recipes — the coagulant is natural. However, much of the tofu you’ll find at the store is likely made with a chemical coagulating substance.

While tofu does have some health benefits — it is high in protein and fiber, and contains several important minerals, there is a huge drawback, even on top of the extensive industrial processing it often goes through nowadays: it is made from unfermented soy.

Another group of these antinutrients is the category of trypsin inhibitors, which disrupt the body’s digestion of proteins. On top of that, unfermented soy is rife with compounds known as goitrogens, which can inhibit the function of the thyroid, a vital gland responsible for regulating many bodily processes. If thyroid function is disrupted, many health issues can arise.

Yet another researched danger of unfermented soy is the presence of phytoestrogens, natural compounds that can mimic estrogen in the body. The authors of a 2014 study published in the journal German Medical Science wrote:

“Phytoestrogens are present in certain edible plants being most abundant in soy; they are structurally and functionally analogous to the estrogens…. soy is applied as animal fodder, so that residual phytoestrogens and their active metabolites such as equol can remain in meat and influence the hormonal balance of the consumers.”

“There have been only singular reports on modified gender-related behavior or feminization in humans in consequence of soy consumption. In animals, the intake of phytoestrogens was reported to impact fertility, sexual development and behavior. Feminizing effects in humans can be subtle and identifiable only statistically in large populations.”

In women, too much estrogen in the body can potentially lead to a higher risk of infertility and breast cancer, as well as to uterine fibroids and a dampened sex drive. In men, spiked estrogen levels may lead to a condition known as gynecomastia, in which mood swings, erectile disfunction, and other symptoms may occur, including the swelling of male breast tissue.

Back to soy processing for a moment: Most of the soy products consumed in the US are made from soy protein isolate, which undergoes many twists and turns along the way, separating it from its natural state. During this heavy processing, some frightening contamination can occur. Contaminants potentially introduced during this process include monosodium glutamate (MSG), and aluminum — both of which can act as neurotoxins.

The history of tempeh is also rich and ancient, though not as much is known about its origins as about those of tofu. It is believed to have first been made on the Indonesian island of Java. The knowledge of how to make it then spread throughout other parts of Asia, likely during trades between Indonesia and China, which occurred starting around 1000 AD.

Unlike tofu, tempeh is a fermented, whole food product. It is made by naturally fermenting cooked soybeans for several days, at temperatures between 80 and 95 degrees Fahrenheit. It is fermented with the help of a mold known as Rhizopus oligosporus. Once fermented, the soybeans are pressed into a mold.

The resulting product is dry, firm, chewy, and somewhat brown in color. Unlike tofu, which has a smooth, uniform consistency, the pressed, whole soybeans are visible in tempeh. The flavor is stronger as well; it can be described as slightly sweet, nutty, and “earthy.” However, it also absorbs other flavors well.

Tempeh is rich in nutrients. It contains more protein, and more fiber than tofu, and is also high in vitamin B2, and the minerals copper, magnesium, manganese and phosphorus. It is also much less processed, as long as you find a variety that was made using traditional methods, and does not contain additives.

The most important difference between tofu and tempeh, however, is the process of fermentation. Natural fermentation helps to break down the phytates and other antinutrients found in soy, making its proteins more digestible, and negating many of its otherwise harmful effects. It also leads to the bioactive peptides in soy becoming more concentrated, potentially increasing its health benefits.

Tempeh is also high in isoflavones, compounds which some research suggests may have cancer preventative properties. While unfermented soy also contains isoflavones, they may be more concentrated and more available for use by the body in fermented varieties.

A note of warning: Some forms of tempeh, especially commercial varieties, may be highly processed, and sometimes grains are added to the mix. This is why it is especially important to obtain it from a source you trust, and to always check your ingredients carefully.

Once you’ve selected the real thing, you can use tempeh in a huge variety of ways. It can be added to stir-fries, marinated and roasted like meat, sliced and added to salads, or crumbled to add some texture and protein to soups. The possibilities are endless! 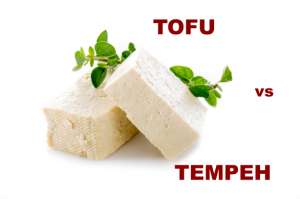 Much of this soy is genetically altered to be resistant to glyphosate, a.k.a Roundup, a common pesticide sprayed on GM soy fields. As we have previously reported, glyphosate has been linked to some truly scary health effects, including potentially carcinogenic properties.

Also, depending on how they are processed, soy products are at a significant risk of contamination. A 1994 study published in the journal Plant Foods for Human Nutrition analyzed tofu and tempeh samples for microbial contamination, and found that notable levels occurred during the processing of both. The study authors wrote:

“The microbiological quality of the product may improve if producers avoid unnecessary contamination during processing.”

For these reasons, for optimal health and safety, it is highly advisable to choose an organic, fermented form of soy, such as organic tempeh made by traditional fermentation methods. Seek out a local source that makes their creations with love, or a company that abides by high standards of quality, which you trust.

Remember, even if it’s organic and fermented, due to its estrogenic properties, soy is one food to be eaten in moderation — so don’t go overboard! Woven into meals every once in a while, tempeh can be a tantalizing treat, indeed.