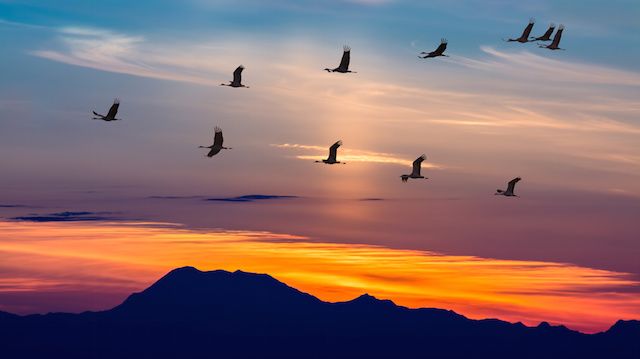 A very recent study published this month in Applied and Environmental Microbiology (2015) has uncovered that birds are not the only creature migrating north into the United States. Ticks from Central and South America are also hitching rides every spring, which may cause future infectious diseases.

Lead author of the study, Dr. Emily B. Cohen, a postdoctoral fellow at the Migratory Bird Center, Smithsonian Conservation Biology Institute, National Zoological Park, Washington D.C., and colleagues examined thousands of migratory birds from the southern Americas. They found that three percent of all birds in their research carried “neotropical” ticks.

There are billions of birds that migrate each spring to North America, carrying 19 million ticks as stowaways, according to the study. The good news is that the authors of the study believe none of the 19 million ticks have survived the climate change after migration to date.

“It takes the right combination of biotic and abiotic features for the neotropical ticks to survive, reproduce and spread,” the study’s co-author Dr. Sarah A. Hamer, assistant professor in the Department of Veterinary Integrative Biosciences, College of Veterinary Medicine and Biomedical Sciences, Texas A&M University said in an American Society for Microbiology (ASM) press release. Luckily, the North American climate is not conducive to the ticks’ survival. 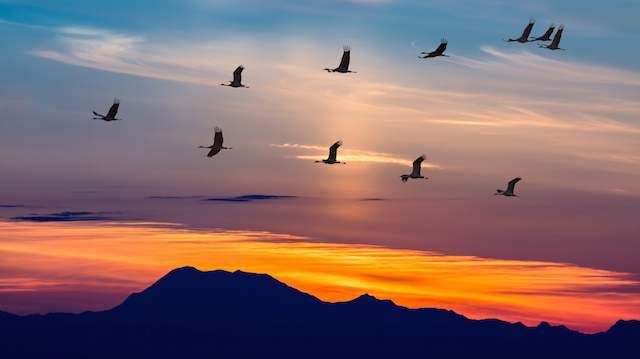 In their natural environment the neotropical ticks, specifically the younger ones, feast on birds. However, as adults, they need larger mammals to survive, like sloths and anteaters, which the U.S. has less of. It may be a matter of luck that these ticks haven’t established themselves here yet. In the event that a migratory bird carrying neotropical ticks lands near a mammal of optimal size, or climate change creates a suitable habitat in North America for these ticks, we may be at risk.

“Nonetheless, an adult of one of the neotropical tick species we found on [migrating birds] was recently found crawling outside of a home in Oklahoma, in the fall, which could represent a bird-imported nymph that arrived in the spring and successfully molted,” Dr. Cohen stated in the ASM society’s press release. Dr. Cohen also added that climate change could be the catalyst for neotropical tick growth in the U.S.

Climate may in fact be what keeps neotropical ticks from flourishing in the U.S., but you can take measures to stay tick free regardless. The Centers for Disease Control and Prevention (CDC) states, “Gardening, camping, hiking, and playing outdoors – when enjoying these activities, don’t forget to take steps to prevent bites from ticks that share the outdoors. Ticks can infect humans with bacteria, viruses, and parasites that can cause serious illness.”

The CDC recommends that you

These are great recommendations, except for the DEET. Studies have suggested significant health concerns associated with DEET. It is undoubtedly a pesticide and putting it on your skin may have unforeseen health risks. A Consumer Reports survey states, “64 percent of people we surveyed admit that they don’t know how much deet a repellent should contain for it to be considered safe.” The great news is, you don’t need to use DEET at all!

There are several alternatives to pesticide-loaded bug and tick repellents that are just as, or more effective. A study conducted by Consumer Reports found oil of lemon, eucalyptus, and picaridin to be an effective alternative to repelling insects without the DEET.

What are your alternative bug repellent choices?