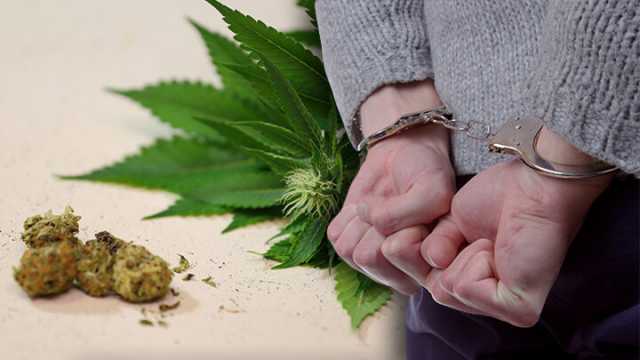 Pot was on the ballot this past November and it beat the opposition handily. Voter initiatives allowing recreational use passed in California, Nevada, Maine and Massachusetts. These states now join Colorado, Oregon, Washington, Alaska and the District of Columbia in allowing people to possess pot. In addition, 29 states now permit patients to use marijuana for medical purposes.

The trend lines are unmistakable and almost certainly irreversible. Sixty percent of Americans support legalization and 90 percent approve of medical marijuana. The poll numbers are even more impressive when you look at the demographics. Even senior citizens, Republicans and a majority of Trump supporters oppose the idea of enforcing federal marijuana laws in states where it is legal. Indeed, 71 percent of Americans think the feds should not interfere in states where marijuana is permitted.

However, Trump’s appointment of anti-marijuana crusader, Jeff Sessions, to serve as Attorney General has cast a cloud over an otherwise bright prospect for reforming America’s dysfunctional policy towards cannabis. Recently, Sessions has made statements that some interpret as a signal that he will use the powers of the Justice Department to go after budding entrepreneurs and businesses in states where cannabis commerce is allowed. Most economists and public policy experts believe this would be an economic and social blunder of epic proportions. But Sessions has implied that he is duty-bound to follow federal law. To paraphrase the Attorney General, if people don’t like the law, then they should force Congress to change it.

Decriminalizing pot at the federal level is almost certainly the sanest option. Given the balderdash and loony logic that often comes out of Washington, it might seem a bit too much to think our elected representatives in the nation’s capital would do the right thing and reclassify marijuana. However, that’s exactly what a bill entitled the “Ending Federal Prohibition of Marijuana Act of 2017” proposes to do. Sponsored by Thomas Garrett, a Republican from Virginia, the legislative initiative would remove cannabis from the controlled substances list. This could make it regulated like tobacco, alcohol and virtually every other drug.

Rep. Garrett was joined by Tulsi Gabbard, a Congresswoman from Hawaii. In a statement explaining the bipartisan legislation, Garrett said: “I have long believed justice that isn’t blind, isn’t justice. Statistics indicate that minor narcotics crimes disproportionately hurt areas of lower socioeconomic status. And what I find most troubling is that we continue to keep laws on the books that we do not enforce. Virginia is more than capable of handling its own marijuana policy, as are states such as Colorado or California.”

Garrett added, “this step allows states to determine appropriate medicinal use and allows for industrial hemp growth, something that will provide a major economic boost to agricultural development in Southside Virginia. In the coming weeks, I anticipate introducing legislation aimed at growing the hemp industry in Virginia, something that is long overdue.”

Views on cannabis are changing

The Garrett-Gabbard bill comes on the heels of some very interesting developments. First, the NIH issued the most comprehensive scientific report on marijuana ever compiled. The meta-study concluded unequivocally that marijuana has health benefits. In addition, the authors specifically called on lawmakers to remove marijuana from the Schedule I list of controlled substances because such a designation hampers much-needed scientific research.

Second, a bipartisan group of lawmakers on the Hill organized the very first Congressional Cannabis Caucus. Their aim is to help reform the nation’s laws regarding marijuana, which have proven both unworkable and counterproductive. In a statement, Rep. Dana Rohrabacher, a Democrat from California, said, “We’re stepping forward together to say we’ve got to make major changes in our country’s attitude toward cannabis. And if we do, many people are going to live better lives. It’s going to be better for our country, better for people and it makes economic sense at a time when every penny must count for government.”

It’s too early to tell how the reform-minded proposals will fare on Capitol Hill. However, it is interesting to note that Congressman Garrett’s proposed legislation is virtually identical to a bill introduced by Bernie Sander in 2015. Now, the difference is, an increasing number of Republican lawmakers are getting turned on to economic benefits of the nascent marijuana industry.

In fact, there’s a bandwagon of GOP leaders who support the legalization of hemp, which is marijuana’s close cousin. Rep. Cory Gardner, a Republican from Colorado, summed up their attitude well. He said, “Removing [hemp] from the Controlled Substances Act is a commonsense move, which would create jobs and get the government out of the way of farmers and our agricultural industry.”

Marijuana normalization is what Americans want

The same can be said about marijuana, which in no way merits its current Schedule I designation. Undoubtedly, powerful law enforcement, pharmaceutical and political interests will oppose common sense reform at every step. However, it’s now abundantly clear that marijuana normalization is now what the vast majority of Americans want.

Further, many scientists now believe that the next generation of cancer treatments could come from cannabis. Also, numerous economists contend that budding marijuana industries can revive sluggish state economies. And finally, many financial experts believe the cannabis industry as a whole will represent a significant investment opportunity. Marijuana legalization was once a pipe dream, but now it’s becoming mainstream.