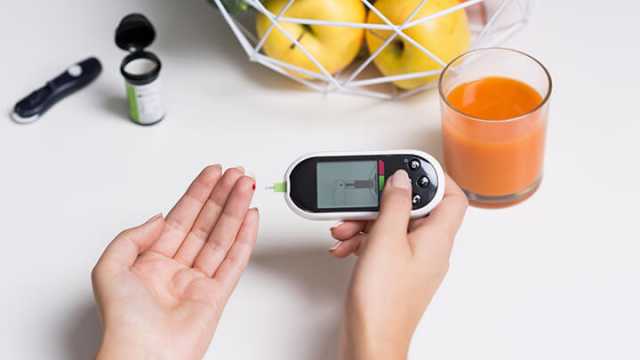 Finding out you have type 2 diabetes can be life altering, not to mention frightening. But it’s not a death sentence. Through a variety of approaches and lifestyle changes, you can reverse type 2 diabetes naturally.

When your blood glucose levels rise above normal

Diabetes is spreading at an alarming rate, with one in three Americans born after 2000 developing diabetes in their lifetime. The Centers for Disease Control and Prevention (CDC) has termed the rapid rise of cases as epidemic. As of 2016, more than 29 million Americans are living with diabetes. And, according to the CDC, 86 million are living with type 2 diabetes — the most common form.

If you have type 2 diabetes, your body does not use insulin properly, which is called insulin resistance. Initially, your pancreas makes extra insulin to make up for it. But, over time it’s not able to keep up. It can’t make enough insulin to keep your blood glucose at normal levels.

While many people do not feel any symptoms with type 2 diabetes, common symptoms do exist. Being able to recognize these symptoms is important. Most symptoms of type 2 diabetes occur when blood sugar levels are abnormally high. They may include:

Elevated glucose levels force fluids from the cells, thus increasing the amount of fluid delivered to the kidneys. 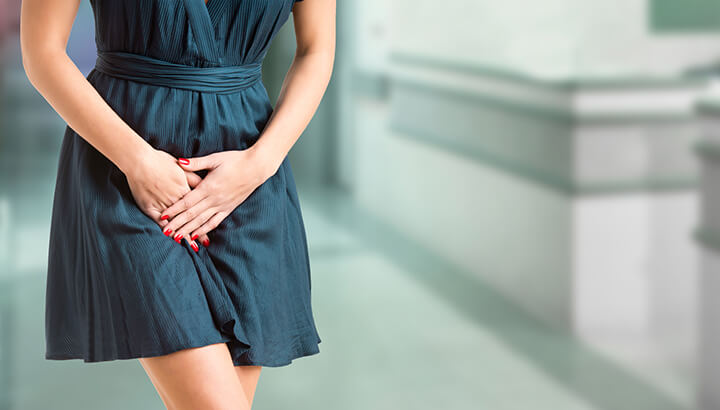 With type 2 diabetes, the body’s insulin resistance keeps glucose from entering the muscles and providing energy. So, the muscles and other tissues send a hunger message to up your energy.

Glucose is one of the body’s main sources of energy. But when cells cannot absorb sugar from the foods you eat, you become fatigued.

High glucose levels can cause the lens in the eyes to swell. This leads to blurry vision. However, getting your blood sugar under control can help correct vision problems.

When glucose levels are elevated, it’s harder for your body to heal. So, injuries like cuts and sores remain open longer, making them more susceptible to infection.

Complications that arise from type 2 diabetes can be very serious. They may lead to heart disease, stroke, amputations, kidney failure and blindness. Certain racial groups such as Asian, African and Native Americans have an increased risk of developing diabetes. But increased risk doesn’t mean a lifetime of sickness. It simply means you need to be more diligent when it comes to lifestyle factors.

So, before diabetes gets the best of you, read on. Find out how you can reverse diabetes naturally: 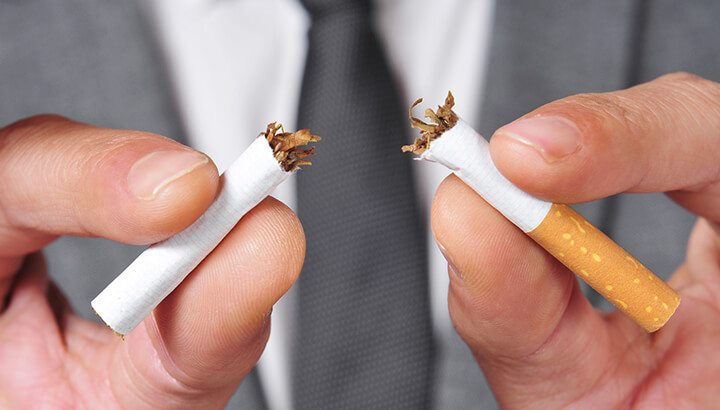 No matter what your condition, smoking will worsen it and undermine your chances of recovery. But did you know that smoking also causes type 2 diabetes? Smokers are 30 to 40 percent more likely to develop type 2 diabetes than nonsmokers. If you have diabetes and you smoke, you are more likely to incur serious health problems, suggests the CDC. In fact, smokers with diabetes have higher risks for serious complications, including:

Those who have diabetes and quit smoking have better control of their blood sugar levels, says the CDC.

Type 2 diabetes is strongly associated with weight gain. And that doesn’t necessarily mean obesity. Any unhealthy weight gain places you at risk. One place that unused calories are stored as fat is in the liver and around the pancreas. This inhibits the production of insulin in these areas. Over time, as fatty tissue is stored, it becomes more rigid. However, through proper diet, it is possible to awaken insulin-producing cells, according to a study by Newcastle Biomedicine.

But that’s not all. Another study, published in Diabetes Care, showed that you can reverse type 2 diabetes naturally through diet. And, you can continue to do so if you keep the weight off. This holds true even for those people who have had the disease for many years.

Researchers followed participants after they had completed an eight-week, low-calorie milkshake diet. Those who had reversed the disease immediately after dieting were still diabetes-free six months later. Most of those who reversed the disease had it for less than four years. But some had been diabetic for more than eight years. Most people maintain a consistent healthy weight after dieting by:

Type 2 diabetes, like heart disease and certain cancers, is the result of over-abundant consumption. If you want to reverse type 2 diabetes naturally, you need to understand which foods repair and which foods stress the body. Some of the worst foods to avoid include:

For non-diabetics with normal weight, sugar may or may not pose a risk. The jury is still out on that. But for those diagnosed with type 2 diabetes, avoid refined sugar (particularly corn syrup). Refined sugar rapidly spikes blood glucose. Soda, fruit juice and sugary beverages are some of the worst culprits. This type of sugar enters the bloodstream fast. It can cause extreme elevations in blood glucose.

A study published in The American Journal of Clinical Nutrition examined the link between refined carbohydrates and type 2 diabetes. Researchers studied the nutrient consumption of Americans, per capita, between 1909 and 1997. The information obtained from the U.S. Department of Agriculture was compared to information from the CDC regarding type 2 diabetes. The bottom line: Too much processed sugar and too little fiber created the frequency of type 2 diabetes in 20th century America. And the trend continues.

Although natural sweeteners like raw honey and maple syrup are better, they still affect blood sugar. So, your best option is all-natural stevia. 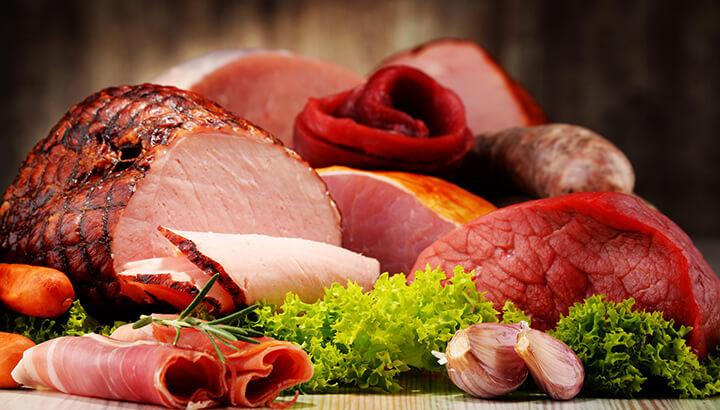 Another study conducted by the department of nutrition at Harvard School of Public Health found a similar connection in U.S. adults. During a 4,033,322-person study, researchers documented 13,759 incidents of type 2 diabetes cases. They concluded that red meat consumption, particularly processed red meat, increased the risk of type 2 diabetes. Replacing red meat with whole grains actually provided a 23 percent reduced risk. As another possible way to help reverse type 2 diabetes, you can switch to fish.

Products made with white flour should be avoided. They’re difficult to digest and often lead to digestive sluggishness and weight gain. They are also usually combined with refined sugars, fats or trans fats. Go for whole grain instead. 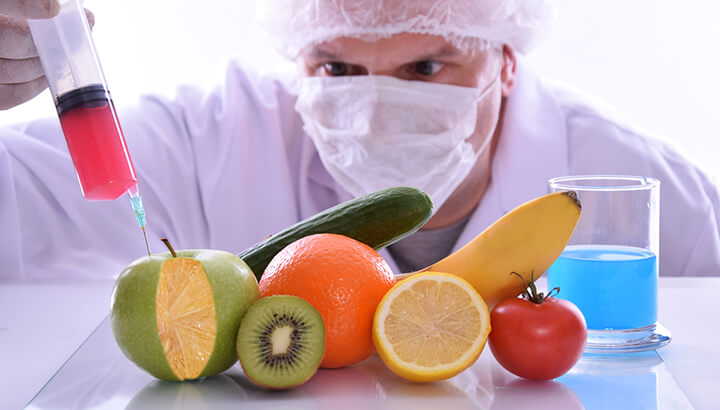 GMO stands for “genetically modified organisms.” That means certain foods were genetically engineered with genes that were produced in a lab from plants, viruses or animals. These foods may be linked to diabetes, among other diseases. While the controversy that surrounds GMO foods is complicated, problems exist.

One particular problem with GMO crops is their relationship with glyphosate-based herbicides, such as Roundup. You’ve probably heard of Roundup — it was developed by Monsanto. It’s a common weed killer used by both farmers and homeowners.

Roundup is also the brand name for the herbicide glyphosate. Glyphosate was developed to prevent weeds from making the proteins they need for survival. But, since all plants make these essential proteins, glyphosate affects almost all plants. Of course, that’s a double-edged sword. Roundup has a broad-spectrum effect that kills all weeds. But that same broad-spectrum effect also works against crops that aren’t resistant to Roundup.

So, in 1996, Monsanto introduced the Roundup Ready soybean, a genetically engineered crop resistant to glyphosate. In the few years after that, the company made Roundup Ready cotton, maize and various other crops. That means you’re ingesting herbicides pretty much every time you munch on GMO foods.

So, what’s the link between GMOs and type 2 diabetes? A peer-reviewed scientific study released in the U.S. suggests that glyphosate-based herbicides, such as Roundup, contribute to diabetes. It also contributes to obesity, gastrointestinal disorders, heart disease, depression, autism, infertility, cancer and Alzheimer’s disease. The bottom line is, if you’re not eating organic food, there’s a good chance you’re eating toxic foods.

Next to diet, exercise plays a very important role in reversing type 2 diabetes. Physical activity is key in the prevention and management of the disease. However, many people do not become or remain regularly active. According to research published in Diabetes Care, exercising regularly improves blood glucose control. It can even prevent or delay type 2 diabetes.

In addition, it can positively affect lipids, blood pressure, cardiovascular health, mortality and quality of life. While it’s been shown that vigorous exercise increases health dramatically, even walking for half an hour a day can improve your general health.

Take charge of your health today

Keep in mind, diabetes is a huge industry with one goal: help people live with the disease in the most comfortable manner. Does that mean that living with complications and relying on drugs (many with serious side effects) is the only option? Absolutely not!

There are effective ways to reverse diabetes naturally — and that’s by eliminating the underlying causes. This requires changing diet, activities and even mentality, all of which contribute to the disease. But never alter your medication without medical supervision. Instead, make positive changes for several weeks and then have your doctor reassess your condition.

Life doesn’t end with diabetes, but it is a wake-up call. Through diet and exercise you can reverse it. When you begin to think critically and make independent, informed decisions, you become empowered. Take charge of your health! Stay focused and maintain a positive attitude — you will succeed.