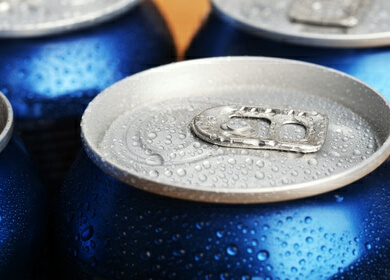 A new study from Imperial College in London has shed light on some very disturbing soda statistics: drinking just ONE per day increases the odds of developing type 2 diabetes by 22 percent. The risk increases by another 22 percent for each 12-ounce sweetened soft drink consumed.

This is especially scary news for kids, too many of whom swear by their afternoon Mountain Dews. As type 2 diabetes statistics in children continue to rise in this country, soda companies keep spending vast amounts of resources on marketing soda to kids of all ages; all at the cost of the well-being of our future generations.

According to statistics compiled last year, about eight percent of the United States population currently has diabetes, totalling about 25.8 children and adults. Between 2002 and 2005, 3,600 new cases of childhood type 2 diabetes were diagnosed each year. Sadly, the numbers continue to rise to this day.

It is estimated that if trends continue as they have been, an entire third of children born after the year 2000 will be diagnosed with type 2 diabetes at some point throughout the course of their lives.

Additionally, a recent study by the National Institutes of Health found that current treatments for this illness are not nearly as effective for children as for adults, and that children with type 2 diabetes become ill much faster than adults do.

It’s no news that soda is bad for our health. Nethertheless, from the early 1990’s, public schools, the institutions that many of us trust with our children’s safety and education, began lining up in droves to sign contracts with soda companies. 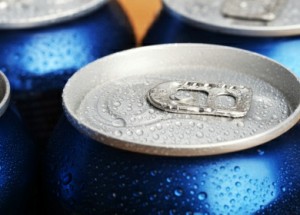 A 2005 survey compiled estimates that approximately 80 percent of all public high schools and almost half of all public elementary schools in America had ‘pouring rights’ contracts with Coke or Pepsi.

These contracts give the soda company the right to provide all beverages sold in soda machines, school stores and snack bars, as well as advertising privileges. In 2012, former Coca-Cola executive Todd Putman released this appalling statement regarding marketing soft drinks to children:

“… Magically, when they would turn 12, we’d suddenly attack them like a bunch of wolves. I would say 90 percent of all soft drink marketing is targeted at 12 to 24-year-olds… It was how we spent all of our time… It represented a lifetime of opportunity.”

With type 2 diabetes in children and adults on the rise, it is frightening indeed that educators allow these fizzy, disease-promoting beverages in schools. Although the schools obviously receive significant funding from the soda companies, all too few ask themselves whether the 174 billion dollars a year our nation spends on type 2 diabetes treatments is worth their income boost.

What is even more disturbing is that many parents allow their children to drink soda, and do not see it as a big deal. In reality, soda-drinking kids grow up into soda-drinking adults, and the cycle continues.

If we want to reduce the diabetes-related deaths, diseases and health care expenditures in this country, we have to say no to soda, in any quantity, and do what we can collectively to stop large corporations from selling these poisons to our kids.