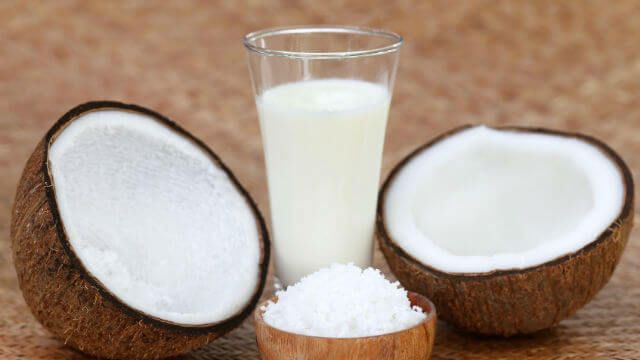 In a recent press release, coffee conglomerate Starbucks announced that they plan to offer coconut milk in all franchises starting near the end of this February. Latte lovers in Los Angeles, Cleveland and Portland may already be familiar with this, as taste tests have already been under way.

While coconut milk – pure, organic coconut milk – is incredibly healthy, we’re sorry to say that this addition still doesn’t make it worthwhile health-wise to get a latte there.

Starbucks reportedly based its decision to include coconut milk in its lineup because of high demand for dairy and soy milk alternatives. The press release states:

“Starbucks coconut milk is certified vegan and made from single-origin coconuts from the tropical Indonesian island of Sumatra… Starbucks product innovators found that the rich, creaminess of Coconut Milk is the best complement to Starbucks hot, iced and Frappuccino® beverages without the same allergen challenges present in almond milk.”

If the coconut oil that Starbucks is using is the real deal, it may offer benefits. Real coconut milk, made from the flesh of coconuts, is full of healthy saturated fats which fuel the body with energy all day long, and also contains vitamins C and E, several B-vitamins, and a wealth of minerals. It has also been found to have immune system supporting properties.

However, Starbucks’ coconut milk is not reported to be organic, and just because it is single-sourced does not mean it isn’t highly processed. As we have detailed in a previous article, processed coconut milk is often stripped of many of its nutrients due to high heats, and sometimes contains harmful compounds including bisphenol A (BPA), carrageenan and guar gum.

If you love real coconut milk like we do, check out the aforementioned link to learn how to make it at home – it’s simple!

So, besides the fact that we don’t actually know where their coconut milk comes from, what’s wrong with Starbucks? Well, for one, they use TONS of sugar, as well as artificial flavorings and colorings in many of their beverages. If you’re ordering something flavored, you’re in for sugar and chemicals galore.

Also, as we have previously explored, Starbucks has recently been under fire for the Caramel Color Level IV in their Pumpkin Spice Lattes – a “potential carcinogen.” And that’s just one of the artificial compounds in those flavored syrups.

If that isn’t enough to convince you to quit the stuff, it may interest you to know that Starbucks, as part of the Grocery Manufacturers Association (GMA), has been playing a part in supporting a lawsuit  which aims to overturn Vermont’s labeling law for GMO ingredients.

Nope, we’ll take our freshly-brewed organic coffee at home, thank you. Boost it with some real, organic coconut milk and you’ve got yourself a great morning!