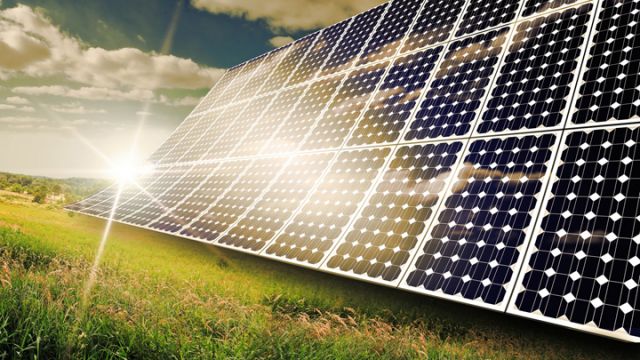 As time goes on, it’s becoming clearer and clearer that climate change is a serious threat to our planet, in many ways. It’s also clear that something needs to be done, yet fossil fuels are still used extensively all over the world.

Just a few of the effects of climate change and global warming that we’ve seen so far are rising sea levels, melting glaciers which are destroying villages, settlements and habitats for wildlife, the disturbances in the oceanic ecosystem, and a greater amount of storms, floods and droughts in a number of areas.

Not only is climate change a threat to our ecosystem and safety, it’s also a huge risk factor to our economy.

The fact that we are still using fossil fuels in such large quantities, while our planet is on the verge of potential disaster, does not compute. The argument that many people have is that these fossil fuel energy systems are established into our way of life, and that change takes a long time.

However, how long does it have to take? A change is needed, and the sooner we can make one, for the sake of our Earth, the better. According to a new study by Professor Benjamin Sovacool, the director of Sussex Energy Group at the University of Sussex, it would be possible for us to phase out fossil fuel use in just a decade.

In the study, which was published in the journal Energy Research & Social Science, Professor Sovacool writes:

“Transitioning away from our current global energy system is of paramount importance. The speed at which a transition can take place — its timing, or temporal dynamics — is a critical element of consideration.”

Professor Sovacool states that just because some energy changes in the past took many years to implement (the 96 to 160 years that it took for Europe to move from wood energy to coal energy, for example), it doesn’t have to take that long today. He further explains that the technology that we have today, the depletion of fossil fuel resources, and the urgent need to transition because of climate change could accelerate the process.

According to Professor Sovacool:

“Moving to a new, cleaner energy system would require significant shifts in technology, political regulations, tariffs and pricing regimes, and the behaviour of users and adopters. Left to evolve by itself — as it has largely been in the past — this can indeed take many decades. A lot of stars have to align all at once. But we have learnt a sufficient amount from previous transitions that I believe future transformations can happen much more rapidly.”

In his study, Professor Sovacool provides supporting examples of energy transitions that have developed more quickly. One is the transition from kerosene stoves to LPG stoves in Indonesia, which took three years and was adopted by over two-thirds of the population. Another is Ontario’s transition away from coal in the timeframe of 11 years.

“Other examples are easy to find. Scotland, for example, now produces over 57 percent of its energy from renewable sources. Morocco will soon have a 24/7 concentrated solar power (CSP) plant that will be able to supply the entire region. Sweden is on track to become the world’s first fossil fuel-free nation. Even the International Energy Agency (IEA) declared that over a quarter of the world will be powered by renewable energy by 2020, and the Paris agreement shows that the political will to act exists.”

Although the transition from fossil fuels to clean energy sources faces some roadblocks, and does require governments and corporations to get on board, this study shows that if we work together, it is possible. Wouldn’t it be wonderful to see our energy needs met by solar and wind power, instead of the atmosphere-choking fossil fuel burning going on today?

If we act quickly, we may just give ourselves a fighting chance in the face of climate change.