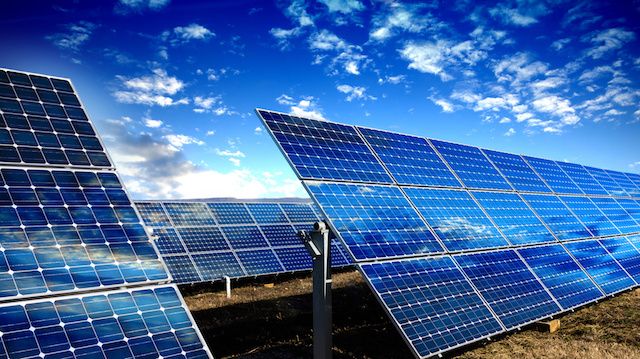 The fortunes of nations depend on the energy sources they use to fuel their economic life. For example, coal power was instrumental to the rise of the British Empire, which reached its apogee in the 19th century. But the 20th century belonged to the United States because it was quicker to adopt petroleum, which proved to be a more efficient form of energy. Likewise, economic preeminence in the 21st century will largely be determined by which country manages to harness the cleanest, most cost-effective, and planet-friendly fuels of tomorrow. Increasingly, solar energy appears to be the best candidate to serve as the catalyst and foundation for America’s economic future.

Recently, California passed legislation mandating that new buildings less than ten stories high must make sure that at least 15% of their rooftops areas are prepared to take advantage of solar power. The city of San Francisco has gone further, becoming the first major city in the U.S. to require solar panels on all new construction. Other municipalities in the Golden State, most notably Lancaster and Sebastopol, have followed suit. The moves come at a propitious moment as price drops in the cost of producing solar panels, technological advances, and the growing importance of green jobs is reaching the critical mass necessary to sustain solar power’s momentum as the energy source of what will be key to America’s economic success going forward.

California is hardly the only state taking the lead when it comes to solar energy. In New York, Governor Andrew Cuomo signed legislation requiring the Empire State to derive half its power from renewables within the next 15 years.

Despite many bright spots, solar energy is still subject to regulatory uncertainty. At present, Federal agencies and many state governments provide numerous subsidies to entice manufacturers to develop the technology, and customers to embrace it. At present, without these incentives solar could not compete with traditional fossil fuels in terms of cost per wattage. However, in principle assisting the industry and early adopters will foster economies of scale. Ultimately, the technology will improve, and costs will be driven down. Then, solar will become a viable alternative to natural gas, petroleum or coal. This approach appears to be working, particularly in developing countries, which are often leading the world when it comes to developing alternative energy. In fact, according to India’s energy minister, Piyush Goyal, solar power now is less expensive than dirty coal in his country.

In the United States, regulatory schemes resemble something of a patchwork quilt. Numerous states have enacted “net metering” policies, which essentially pays for any surplus electricity solar panels produce. This excess capacity is then sold back to utility grids. For instance, homeowner Mike Rott, from Getzvillle, NY, slashed his electric bill from an average of about $140 a month to just $16.  Indeed, since installing his 34 rooftop solar panels, Rott has managed to reap about $1,800 by selling his excess power to the National Grid.

However, many states, most notably Nevada, are scaling back their net metering policies. Unfortunately, regulatory decisions made by state legislators in one part of the country can have a deleterious impact on the solar industry as a whole. For example, when Nevada legislators cut back the state’s solar incentives it forced SolarCity to close its operations in the Silver State, resulting in the loss of 500 jobs.

Net metering is available in 42 states, but it’s a controversial issue. In many localities, there is pressure to revise downward the rate paid for surplus energy generated by solar. Indeed, many utilities insist that these payments amount to subsidies that will eventually undermine their business model as consumers flock to lower-cost solar power. On the other hand, solar advocates contend that supporting renewable energy helps consumers and utilities reduce harmful carbon emissions, which are contributing to climate change. They also argue that fair compensation for surplus power reduces the need for utilities to buy excess energy on the wholesale market, which presumably benefits utility consumers too.

Utilities that rely on fossil fuels fear that widespread adoption of solar will entail a “death spiral” for the industry. After all, as more people adopt renewable energies, the consumer base that utilities rely on will shrink, requiring them to raise rates, which will drive even more of their customers away.

On the other hand, solar energy holds the promise of creating a virtuous cycle in so many respects. Unlike fossil fuels, which are finite and polluting, green energy sources like wind and solar are endlessly abundant, increasingly inexpensive to harness, and utilizing them does not undermine the planet’s health. In fact, tapping the power of solar has the potential to reduce the greenhouse gas emissions that fuel climate change while catalyzing the kind of economic transformation that will make the United States a world leader when it comes to the technologies and fuels of the future. History shows – nations that embrace cleaner and more efficient energy sources tend to reap substantial economic and social benefits.