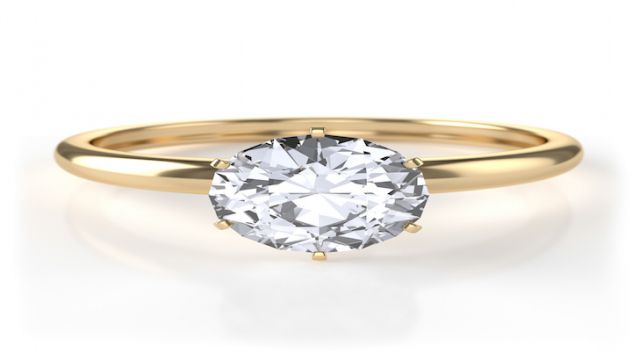 Parts of Peru are dying because of an imaginary value we place on shiny metals. Derecho, Ambiente y Recursos Naturales (DAR), a law and policy nonprofit organization that aims to protect the Peruvian Amazon, estimates that close to 30 percent of the gold mined in Peru comes from illegal operations that are devastating local ecosystems and the indigenous people of the area.

DAR points out that illegal mining operations, which have been operating mainly in the Puno and Madre de Dios regions of Peru, are now moving north to the River Santiago basin as well. Local indigenous organization, ORPIAN-P, successfully petitioned for the Peruvian military to come in and forcefully remove the illegal miners from the area initially, but such actions only produce temporary results. Despite the military intervening, the mining operations persist.

These mining operations pollute the water with mercury, which is used to separate the gold from the rock. The waters that are polluted with mercury are the same waters the local indigenous populations use to bathe, and contain the fish they eat.

Last month, the Peruvian government declared a 60-day state of emergency to deal with the public health crisis that is estimated to impact 48,000 people across 25 villages. Mercury poisoning can lead to brain and kidney damage.

While the long-term implications of an increasingly polluted environment is concerning to the indigenous Awajúns and Wampís people of the area, many local people are still hoping to benefit from the economic opportunities that illegal mining operations bring with them. The area is poverty stricken, and immediate personal needs often precede long-term considerations.

It is estimated that illegal mining operations in the country since 2002 have produced $15 billion worth of illegally extracted gold, a loss of between $1.4 and $5 billion to the country’s treasury. However, the impacts are not merely economic. Young women are lured to the mining operations with promises of obtaining work in restaurants, but once they arrive, they are forced into prostitution. Even worse, it appears that those involved in human trafficking have placed a particular value on virgins, and these young women are auctioned off to those working in the mines.

The illegal mining operations in Peru commit a trifecta of violations: damage to the environment, human trafficking, and the devastation of indigenous populations.

The gold, by the way, is sold in the US, Canada, Switzerland, India, and the UK.

Why is gold so great?

With a bright, shiny appearance, and malleable enough to be pressed into coin form, gold made a convenient currency for much of human history. In 1971, however, the United States announced it would no longer convert its dollars into gold, and the rest of the world followed suit.

If you compare gold to another resource that people fight each other over, oil, it is at least reasonable to say that oil is something societies need to obtain; oil heats homes, powers hospitals, and gets us where we want to go. Oil has a useful function, even if overusing that function has caused unprecedented disruption to the Earth’s natural cycles and threatens the existence of many species; we didn’t know that stuff going in.

Gold, on the other hand, just looks pretty. It’s a rare metal, but plenty of other metals are harder to come by. There is no longer an actual reason it should have the value that it holds in our society. Yet obtaining this metal is causing suffering and environmental degradation in most of the places where it is extracted.

Gold is far from the only resource with an imaginary value that is extracted through exploitive methods. Diamonds have long been the source of conflict, leading to the recruitment of child soldiers and vicious wars between those who wish to reap the financial rewards of selling sparkling rocks for people to wear.

Human rights activists are working feverishly to notify the public about other violations occurring in the Congo as a result of coltan extraction. When refined, this metallic ore becomes metallic tantalum, a heat-resistant powder that can hold an electric charge. Coltan is extracted for use in smartphones and similar devices.

Some ethical options do exist for the purchasing of these materials, but they are limited, and consumer awareness of these options still needs to grow.

The Fairmined Gold Certification program is run by the organization SCS Global Services. Under this program, gold can be certified if it is extracted without the use of mercury or cyanide, and meets criteria for labor standards.

Since there has been greater awareness of the human rights abuses that occur in the diamond trade, conflict-free options have developed for those who still wish to wear the jewels.

While still in the very early stages, smartphones containing ethically sourced minerals are available, such as the “Fairphone.”

There are people who believe that those who purchase blood diamonds or illegally mined gold do so knowing full well that human rights abuses have occurred. A much more optimistic belief would be that there’s a disconnect between the source of a product and the consumer, resulting in a genuine lack of knowledge on the part of the consumer about worker conditions or environmental damage.

The good news is, this disconnect between the consumer and a product’s provenance is breaking down more and more every day. As advances in networking and access to information continue to grow, consumers are demanding ethically sourced products and encouraging change in business practices. The more the market demands ethical sourcing, the sooner the exploitation of people and the environment will end.