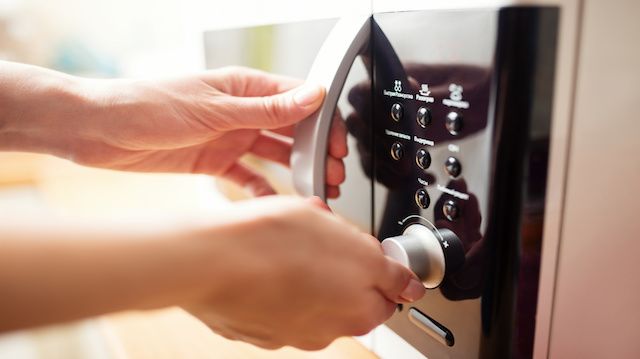 If you’re passionate about cooking, you may have spared a moment to wonder about the differences between a microwave and toaster oven. Probably when you think of a toaster oven, your mind roams back through the years to when you were a kid and you’d use your family’s little toaster oven to grill sandwiches and make tasty cheese toast — it was fun to do it, but that was all that could fit in the tiny oven anyway!

These days, technology has advanced to the point where toaster ovens are actually a viable alternative to microwaves and can even fulfill the same role as conventional, full-scale ovens. So if you’re in the market for cooking equipment and are having a hard time figuring out whether you should go for the more reliable route of the microwave or the mysterious yet potentially convenient route of the toaster oven, we’ve got some clarifications that should help you make an informed decision.

How do they work?

Toaster ovens use heating elements to elevate the interior of the oven. These elements range from as few as one to as many as five or six. Food cooks from outside to inside, meaning they take considerably longer to heat food than microwaves, which penetrate the food and cook all parts at the same time.

What are their browning and toasting capabilities?

How good are they at crisping food?

Similar to browning, toaster ovens win this round without too much effort as well. In fact, this is pretty much what toaster ovens were made for: crisping meats like bacon or chicken effortlessly.

Because they cook food by heating the water molecules from the inside out, microwaves once again lack the ability to crisp food, generally leaving food soggy or rubbery instead.

Can I heat bread in them?

You’ve probably tried to warm or heat up bread in your microwave at least once in your life and probably instantly regretted it. The microwave cooks in such a way that bread warms up (gradually, because it doesn’t have much moisture in it) but becomes tough and difficult to eat. Toaster ovens are once again in their element, gently heating bread while giving it a nice crispy outer texture.

How are they with defrosting or cooking frozen food?

Both toaster ovens and microwave ovens do a great job of cooking frozen food. Toaster ovens take longer to cook frozen foods than microwaves, but certain models feature convection cooking, which dramatically speeds up the cooking process and adds a nice crisp finish to the foods that you don’t get with microwaves.

Microwave ovens are in their element with heating frozen food, and they cook food much faster than toaster ovens. If you forgot to take food out of the freezer the night before to defrost and are in a hurry to make a meal, this is your answer. Note that you won’t get that same crispy finish to your food like with the toaster oven, but you don’t always need that when cooking certain foods.

Due to the way they cook, most toaster ovens tend to get quite hot on the outside during use. When cooking food for significant periods of time, care should be taken to ensure nothing is touching the toaster oven and that no one comes into contact with it. Generally speaking, you should allow plenty of room for clear space around your toaster oven while cooking.

Microwaves don’t have the same problem with getting hot on the outside, plus the inside actually stays cool as well, as heat is only concentrated in permeable surfaces that can hold water (e.g., food!). You don’t really need to worry about other objects touching the microwave while cooking.

Toaster ovens are very useful for keeping foods warm, as you can place them inside and set the thermostat on the oven to a low temperature, which can be maintained indefinitely.

Keeping food warm in a microwave isn’t really an option, other than simply leaving the door closed to slow the cooling process a little after cooking. You’ll also find that leaving food for too long after cooking means it’ll become tough and rubbery, which doesn’t make for particularly enjoyable eating.

These are just a few of the important comparisons you’ll need to make when deciding between toaster and microwave ovens, but hopefully they’ll ensure that you make the right decision in the end!

Still can’t decide which is better? Perhaps this article on microwaves and your health will help make up your mind…