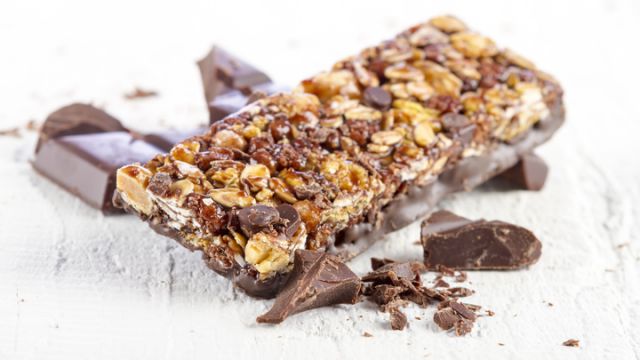 Can you tell the difference between a healthy food and an unhealthy food? In some instances, it is obvious. In others, it may be more difficult to tell.

Most people and health professionals agree on the obvious examples. We all pretty much know that apples, bananas, oranges, and spinach are good for us. Likewise, it’s universally known that french fries, soda and fast food hamburgers aren’t doing our health any favors.

However, when thinking about certain foods — let’s say, granola bars and sushi — there is less of a general consensus.

The New York Times, with the help of a polling form known as the Morning Consult, recently performed a very interesting poll. They provided a list of approximately 50 foods to a representative sample of adult Americans and asked participants to rate whether each food was healthy or not.

Then, they provided several hundred members of the American Society for Nutrition the same list and asked them the same question.

Both the nutritionists and the general public agreed that fresh fruits and vegetables, as well as eggs, lean meats and oatmeal, were healthy. Similarly, everyone pretty much agreed that soda, cookies, ice cream and white bread were not healthy. However, delving further into the results, there were some notable disparities.

The biggest difference in opinion between nutritionists and the general public was in regards to granola bars. Approximately 70 percent of Americans thought that this food was healthy, but under 30 percent of nutritionists rated it the same way. This may come as a surprise to some people, who view a granola bar as a healthy snack choice. Nutritionists, on the other hand, know that it’s usually not.

The problem with most granola bars on the market is heaps of added sugars. Many granola bars contain 11 grams of sugar, and some may have even more. That’s three tablespoons of sugar per serving. These bars are often heavily processed, filled with unhealthy oils (which may be genetically modified, in the case of corn, soybean or canola oil), and/or brimming with chemical additives.

The 30 percent of nutritionists who rated granola bars as healthy may have been thinking of homemade granola bars, made from scratch without the addition of sugars. These types of granola bars do make a healthy snack, and they’re a far cry from what’s on grocery store shelves. This is one food to be very careful about. If you love these crunchy bars, you may want to consider making them yourself — try this great recipe.

Two other foods that the general public rated as healthy, while most nutritionists did not, were frozen yogurt (there are those added sugars again!) and American cheese. While real organic cheese has a lot of health benefits, American cheese contains only a small percentage of actual cheese, and the rest is processed garbage. I’m not even sure what the small percentage of nutritionists who rated this food as healthy were thinking.

The New York Times poll also revealed that there are some foods that are being underrated as far as their health benefits. Take quinoa: 89 percent of nutritionists rated this food as healthy, yet, only 68 percent of the public agreed. Quinoa is a wonderful gluten-free superfood with a wealth of benefits, though it remains lesser known than many other superfoods.

Sushi was another example: 75 percent of nutritionists rated it as healthy, while only 49 percent of the public did. While it does carry some risks, if you get high-quality sushi that is sourced and prepared properly, you’re getting omega-3 fatty acids, as well as the benefits of seaweed and whatever veggies are included.

Another interesting part of the poll regards the foods that had both nutritionists and Americans somewhat stumped. These included full-fat dairy products, as well as red meat. This may come down to some of the conflicted research on these foods. Recent studies have shown that natural saturated fat is indeed healthy and not linked to heart disease, contrary to what was long thought. However, this myth is one that has been dying slowly.

As far as red meat goes, when it is sourced from healthy, pasture-raised animals and prepared using healthy cooking methods, it can offer a lot of benefits. However, if it is processed, deep-fried or pumped full of hormones and GMO feeds, well, that’s a different story. No wonder so many people and experts are confused.

According to Dariush Mozaffarian, the Dean of the Tufts Friedman School of Nutrition Science and Policy:

“Twenty years ago, I think we knew about 10 percent of what we need to know [regarding nutrition]. And now we know about 40 or 50 percent.”

This certainly leaves us with a lot to learn. In the meantime, the best option we have is to continue eating the foods we know are healthy, and staying away from the ones we know are harmful. If you’re unsure about a particular food, do your own research as extensively as possible. Get the opinions of a health professional or two, so that you can make the most informed choice possible.