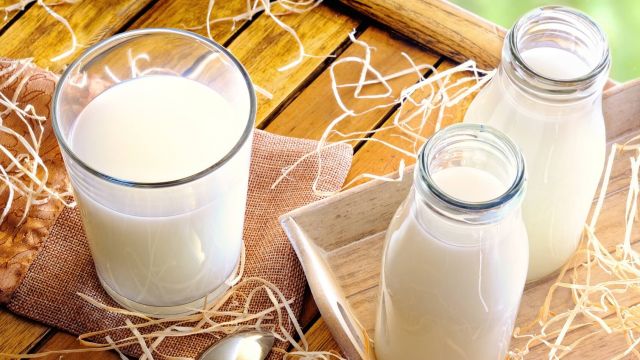 For as long as I can remember, dairy milk has been a part of my life. A constant companion providing lubrication for my breakfast cereal, creaminess for my tea or coffee, dilution for my smoothies and vital ingredient for my baking, I’ve always just taken milk for granted. It’s a necessary part of living my life, and I would never have dreamed of having it any other way.

Until recently. Upon embracing the ancestral manifesto of the Paleo diet, I was forced to consider the potential effects that a daily glass of milk might be having on my body and health. Unfortunately, dairy is one of the first things to go when you adopt a Paleo way of life — or many other modern diets for that matter. This is due to the fact that dairy is one of the most common food allergens, with many people having a strong intolerance to lactose or casein.

Added to that is the environmental damage that the mainstream dairy industry is inflicting upon the planet. Conventional dairy farms suck up vast quantities of ground and surface water, draining lakes, rivers and underground aquifers and giving those waters back polluted with particulates and compounds from synthetic fertilizers. Furthermore, this style of farming depletes the land, removing all the nutrients from the soil and requiring the use of harmful fertilizers to keep the soil from becoming completely barren. Not the ideal farming model, to be sure.

In the wake of these earth-shattering revelations, the inevitable step was for me to seek out another form of milk, one which wasn’t likely to trigger autoimmune reactions in my body or deplete the planet’s finite resources. The answer came in the form of almond milk, and like millions of others around the world, I began to support what has now become a booming industry. In the United States alone, over the past 5 years, sales of almond milk have increased by 250 percent, reaching close to $900 million in 2015. And it doesn’t look likely to slow down anytime soon.

But while it seems the healthy choice (and in many circles the “hip” choice too), is switching to almond milk or other nut milks really the best decision? Let’s find out whether you’re better off sticking good old cow’s milk, or making the transition to non-dairy alternatives like almond milk.

The pros and cons of cow milk 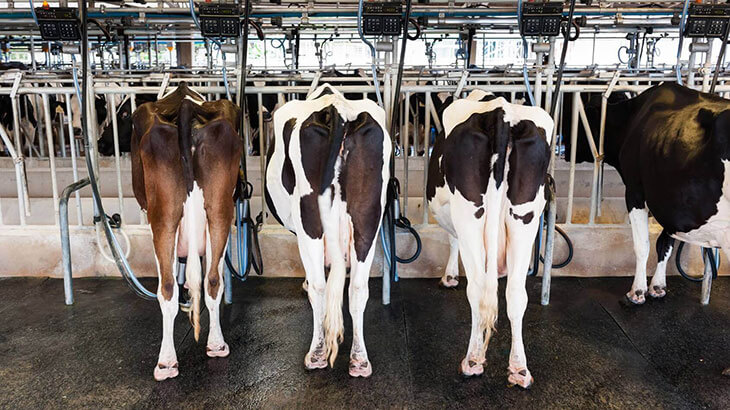 While many people are quick to jump on the anti-dairy train, they’re often completely ignorant to the vast array of benefits that good quality cow’s milk can provide. The keyword there is “quality” — cheap, mass-produced cow’s milk has fully earned its tarnished reputation, however in the process it has dragged higher quality milk down with it.

In this article, I discussed the wide-ranging benefits of raw milk and the completely illogical reasons why people are scared to try it. Raw milk which comes from healthy, organic, free-roaming cows is a nutritional powerhouse, one which you’ll be hard-pressed to rival in any other food. It’s brimming with good bacteria, bacteria which you need to maintain a healthy gut and digestive system and keep your immune system chugging along smoothly.

Next, raw grass-fed milk is highly anti-inflammatory, with an excellent ratio of omega-3 to omega-6 fatty acids. It boasts something called conjugated linoleic acid, a compound proven to reduce carcinogenesis (the process of developing cancer) and increase metabolism. Cow’s milk is loaded with beneficial saturated fats, proteins and amino acids which keep you feeling fuller for longer, and it has plenty of essential and rare vitamins and minerals, including vitamins A, B, C, D, E and K.

Finally, and perhaps most importantly, raw grass-fed milk contains a plethora of digestive enzymes which enable your digestive system to break down the proteins, fats and sugars in cow’s milk much more efficiently. This means that people with lactose or casein intolerances are often able to drink raw, organic, grass-fed milk without any ill effects. The process of pasteurization, however, subjects milk to high temperatures, killing off these beneficial enzymes and cultures, making the milk harder to digest and less nutritious.

As for the cons, I’ve already gone into most of them: potential food allergies via lactose or casein intolerance and environmental damage through the practice of mainstream corporation-directed farming. It’s important to note, however, that NONE of these problems apply to raw, grass-fed cow’s milk. As discussed above, lactose or casein intolerances are largely negated by the digestive enzymes and bacterial cultures in raw milk. What’s more, producing milk which isn’t “sterilized” through the process of pasteurization requires farmers to raise healthier cows in more sanitary conditions — meaning they need plenty of space to roam, fresh grass to eat, and no antibiotics, growth hormones or nasty additions to their diet. The result is farms which have a much smaller carbon footprint, have a smaller impact on the environment (often actually improving the state of the land) and which are much more humane to the cows.

The pros and cons of nut milk 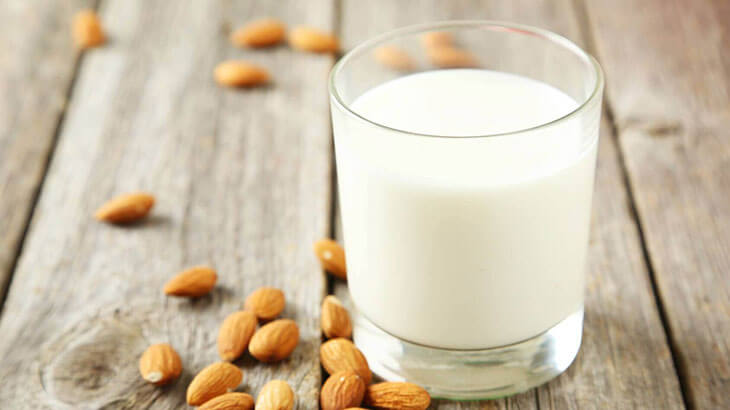 Almond milk makes a seemingly excellent alternative to cow’s milk. It’s tasty, has many of the nutritious benefits of almonds, and is simple to make — just finely ground almonds and water.

Almonds in their whole, unprocessed form are a nutrient-dense food source. Just a handful of almonds will provide you roughly six grams of protein (equivalent to a medium egg), three grams of fiber (equivalent to a medium-sized banana) and 12 grams of fat (equivalent to half an avocado). Such a nutritional profile makes almonds a great source of ready-to-eat energy, vitamins and nutrients. Much of these nutrients make their way into almond milk, albeit at lower concentrations.

Another great benefit of almond milk and other nut milks is that people with lactose and casein allergies can tolerate consuming them. The downside is that nut allergies are almost as common dairy allergies, so these milks are clearly off-limits to those who have adverse reactions to eating tree nuts.

Finally, almond milk and other nut milks make a great alternative to soy milk because soybeans are associated with excessive estrogen intake and subsequent hormonal balances. The vast majority of soy products throughout the world, and particularly in the U.S., are genetically modified.

But that’s where the benefits of almond milk and other nut milks stop. Most almond milks being sold on supermarket shelves boast an impressive nutritional profile, but this is due to synthetic additives introduced into the milk. Most of these milks have so much water and so little almonds that very little of the vitamins, minerals, fats and proteins from the nuts are passed into the milk. So, in contrast to our nutrient-dense handful of whole almonds, a glass of unfortified almond milk will only provide one gram of protein, one gram of fiber and five grams of fat (and fat, by the way, is a good thing).

What’s more, many of these added vitamins and synthetic compounds are subtly different from their natural counterparts, meaning our digestive systems often aren’t able to utilize them.

While almond milk is traditionally made with just whole ground almonds and water, the modern reality is that most mass-produced almond milks have a range of other, less savory additives. One of the most alarming of these additives is carrageenan, a type of polysaccharide obtained from red algae which is used as a thickener. Known side effects of carrageenan include digestive stress in the form of gas, bloating, diarrhea and fatigue, while suspected effects may even include a higher risk of cancer.

Finally, there’s the environmental impact of almond farming to think about. According to this source, it takes 1.1 gallons of water to produce a single almond, meaning that each one of those handfuls (or glasses) of almonds you’re knocking back is sucking over 25 gallons of water from the earth. Considering most of those almonds are coming from California, which already has major water issues, this doesn’t seem like the most environmentally-friendly of products. Especially if you’re pouring it over your cereal every single morning.

Which is better: cow milk or almond milk?

As I mentioned earlier, what it comes down to is quality. If you have access to raw, grass-fed or even organic full-fat milk, this is easily a far better choice than almond milk or any other nut milk. It’s got far more nutrients, no nasty additives, and it’s easier on the environment.

When it comes down to your average pasteurized cow’s milk and nut milks, however, the lines blur a little. At this point, your decision should probably be based on whether you have a dairy or nut intolerance, and whether you can get your hands on some organic, unfortified, additive-free nut milk. Perhaps an even better option is to take control and make your own milk — it’s surprisingly easy, and this way you know exactly what’s gone into your nut milk.

Either that, or ditch milk altogether, and save a few hundred gallons of water for poor parched California!

Looking at other non-dairy alternatives? Find out why soy milk probably shouldn’t be on your list of milks to try out.