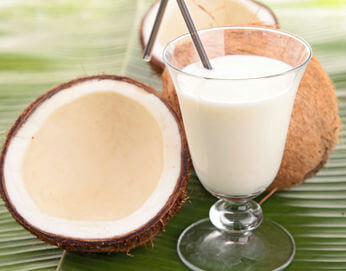 If you still think that unfermented soy, such as soy milk, is healthy, put down that soy latte and read on. Touted for years as the perfect protein source for a vegetarian or vegan diet and a great milk replacement for lactose-intolerant individuals, soy may actually cause a lot of harm.

What are the dangers?

One of the main issues with soy is that it is one of the highest food sources of phytoestrogens (plant-produced estrogens), including genistein and daidzein. Too much estrogen in the body, also known as estrogen dominance, has been linked to breast cancer, infertility, low sex drive and uterine fibroids.

A diet high in soy may in some cases also cause men to develop a condition known as gynecomastia, caused by too much estrogen in the blood. Symptoms include swollen breast tissue and pain, inability to achieve and maintain erections and hormonal changes including mood swings.

Research shows that soy can lower sperm counts in men, probably due to the high estrogen content. A study performed at Harvard University surveyed 99 men. The men reported on the soy products in their diets, and researchers analyzed their sperm counts. Results showed that the men who had the highest daily soy intake had approximately 32 percent fewer sperm per milliliter of semen than the men who did not consume soy.

Many bottle-fed infants nowadays are fed soy-based formula as an alternative to cow’s milk-based formulas. However, this can be quite dangerous, as those babies that eat solely soy formula may have as much as 20,000 times the estrogen in their bodies than babies not fed soy. That’s approximately the equivalent of five birth control pills per day!

Aside from phytoestrogens, unfermented soybeans, both organic and commercially-grown, contain an array of ‘anti-nutrients’ that can interfere with the body’s ability to absorb and process nutrients.

These include phytates, which can block the gut’s ability to absorb essential minerals, and according to Dr. Mercola, can lead to growth problems in children, as well as trypsin inhibitors, which block proper digestion of proteins.

Soy’s ‘anti-nutrients’ also include goitrogens, which prevent the thyroid gland from getting a necessary supply of iodine. This can lead to hypothyroidism and even thyroid cancer. Infant soy formula has been linked to a higher risk of autoimmune thyroid disease, likely as a result of the goitrogen content. Unfermented soy may also contain MSG, a researched neurotoxin, as well as aluminum, which can wreak havoc on the kidneys and nervous system.

Fermented soy, such as miso, tempeh and natto, does not contain these anti-nutrients, as they are destroyed by the fermentation process. Therefore, these forms of soy are digestible by the human body without causing the health issues listed above. However, most forms of soy eaten in the United States, including soy milk, are unfermented.

It is worthwhile to note that over 90 percent of America’s soybeans are genetically modified, and often sprayed with pesticides including glyphosate, which has carcinogenic properties. A study performed at Loughborough University in the United Kingdom linked regular soy consumption in men and women over age 68 to a double risk of dementia and memory issues compared to people in the same age group who did not eat soy.

If you are lactose intolerant, or do not wish to drink organic cow’s milk due to a vegan diet or another reason, the following are three healthy milk alternatives to try instead of health-compromising soy:

Organic coconut milk is filled with healthy saturated fats, which are essential to the body’s proper functioning, and may even speed up your metabolism, aiding in weight loss efforts. One of these saturated fats is lauric acid, which has been linked to potent disease-fighting properties. Coconut milk is rich in antioxidants, vitamin C, vitamin E and several B-vitamins.

This delicious milk alternative has a slightly-sweet, tropical flavor, and is a scrumptious addition to your favorite smoothies. It also works great in an array of soups and sauces. Just make sure to check the ingredient list – some coconut milks contain guar gum. Also be sure to check that the can that it is packaged in does not contain BPA.

Organic almond milk is high in potassium, which helps to regulate blood pressure, as well as being high in calcium and vitamin D, which aid in optimal bone health. Vitamin D has also been linked to improved cell function, a healthier immune system and a decreased risk of osteoporosis as well as a decreased risk of a number of types of cancer.

Almond milk, like almonds themselves, is also high in vitamin E, which along with keeping your skin looking its best helps the body to regulate vitamin A, which is also found in moderate amounts in this yummy beverage. It also contains B-vitamins, magnesium and iron, along with a small amount of protein. 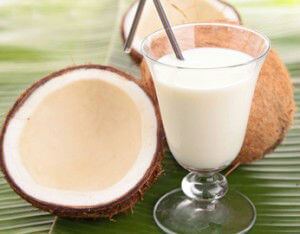 Organic rice milk is hypoallergenic, so it’s perfect if you have food sensitivities. It is also full of B-vitamins and antioxidants, as well as heart-healthy magnesium and iron. To get the most nutrition in your glass, choose rice milk made from organic, whole grain brown rice. You can find this in liquid or powder form at your local health food supplier, or online.

With these three nutritious alternatives readily available, it should be easy to say goodbye to the soy milk once and for all, as well as the risks that come with it.