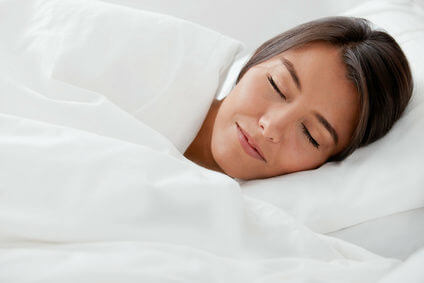 A new study  funded by the National Institute of Neurological Disorders and Stroke (NINDS) documents the process by which sleep quite literally flushes the brain of toxins that are accumulated throughout the day.

During the course of the study, researchers injected dye into the cerebrospinal fluid (CSF) of mice, and observed the way it flowed through their brains, while also keeping track of their electrical brain activity. The research team found that the fluid flowed quickly through the brains of the mice when they were asleep or under anesthesia, but very slowly when the mice were awake.

One of the study’s leaders, Dr. Maiken Nedergaard of the University of Rochester Medical Center, said, “we were surprised by how little flow there was into the brain when the mice were awake. It suggested that the space between brain cells changed greatly between conscious and unconscious states.”

Indeed, when the researchers measured the space between the brain cells of the mice using electrodes, they found that the space increased by 60 percent when the mice were asleep or under anaesthesia. This is attributed to the glymphatic system, a sort of plumbing mechanism which helps regulate the flow of CSF in the brain, opening up during the sleep cycle.

When the researchers injected labeled beta-amyloid, a protein linked to Alzheimer’s disease, into the brains of the mice, they observed that it disappeared faster when the mice were asleep than when they were awake. As Dr. Jim Koenig, a program director at NINDS summarizes, “these results may have broad implications for multiple neurological disorders.”

Aside from this study, a large body of research has found that sleep is absolutely essential to a healthy life, from improved mental health to lowered risk of a host of chronic diseases. A study performed at the University of Califonia, Berkeley found that sleep deprivation can lead to increased cravings for junk food.

If you have a hard time getting at least 7 hours of sleep per night, try changing around your schedule, if possible, to make sure you succeed. It is extremely important to every aspect of your life, since it is key to your health. If you have a hard time falling asleep, try meditating before you go to bed, even for a few moments, and keep electronics away from your bed.

A cup of chamomile tea or a glass of tart cherry juice before bed may also help you coast along to dreamland, which, according to a study reported in the European Journal of Nutrition can boost melatonin, the hormone which signals your body that it is time to sleep.