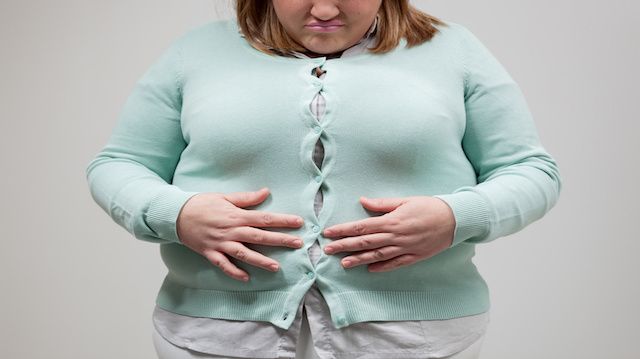 Ah, human nature, you have to love it… Not. We are always looking to place blame on something, someone outside of ourselves. The he did it, she did it, they did it blame game was interwoven into mankind’s fabric from the beginning of time, and escaping it is tough. We search and search for answers all over the place in an effort to vindicate ourselves of any wrongdoing, even if our rational side says otherwise.

I came across a news piece citing a recent study involving pots and pans and fat kids, and I was once again struck with the thought that parents of kids who are obese will find something to hang onto here. Perhaps even reaching so far as to say, “It is the pots’ and pans’ fault that my child is overweight.”

The study points a finger at Teflon, which I agree is a problem. In fact, we recently published an article regarding Teflon in water and the dangers that it poses.

“At least 94 public water systems in 27 states have been found to contain industrial contaminants used to manufacture protective and nonstick products, such as Scotchgard and Teflon. Check this map, issued by the Environmental Working Group (EWG), to see if your area is affected. Teflon (chemically known as polytetrafluoroethylene, or PTFE) has been in use since the 1940s due to its stable molecular structure and ability to create a nearly friction-free surface. It is used in nonstick cookware as well as ski wax, stain-resistant carpeting and fabric protection products.

In the process of producing PTFE, other chemicals such as perfluorooctanoic acid (PFOA) are used and burned off as waste. Although only trace amounts of the chemical remain in products which contain Teflon, PFOA can remain in the body of humans and animals, and in the environment.”

So, what’s the big deal with Teflon?

A study by the Environmental Working Group (EWG) has found that pans coated with Teflon reach 721 degrees Fahrenheit in five minutes. Reports from the manufacturer, DuPont, note that dangerous chemicals are released when the pan reaches 680 degrees Fahrenheit. Two of the six chemicals released are known carcinogens. The same toxic fumes released were used for chemical warfare in World War II.

Exposure to these chemicals can cause a condition known a polymer fume fever. Symptoms of this chemically-induced condition are much like the flu, and include chills, fever, vomiting, and body aches.

In addition, the coating in these pans has been linked to birth defects, as well as immune, liver, reproductive and thyroid problems in humans, and cancer in lab animals. The toxic chemicals in these pans build up in the human body over the years.

The new study on the link between obesity and Teflon comes out of Brown University. It states that PFOA is linked to increased body fat and faster weight gain in children whose mothers were exposed to high levels during pregnancy.

The article notes, “As obesity rates have skyrocketed in recent decades, experts have been on the hunt for explanations that go beyond energy balance — or the calories in, calories out equation — and they’re pointing a finger at obesogens.”

Obesogens… you heard it right. This is a strange word indeed, and one that has been defined simply as chemicals that make us fat. According to experts, these industrial chemicals attack our metabolic function and make us more susceptible to weight gain.

Obesogens are found in a number of places, including pillows, mattresses, computers, popcorn bags, shampoos, soaps, lotions, weed killer, wall insulation and cookware. Hmm, does that mean that if I gain a few pounds this month I can blame it on my mattress, my cookware, or even the insulation hidden in my wall?

Not likely, although my point is not to downgrade the seriousness of long-term exposure to potentially dangerous chemicals.  Oh, I almost forgot, these chemicals also stick to dust particles in the air… now I will have to wear a dust mask if I want to maintain my current weight.

Don’t get me wrong here, I agree that we are exposed to a tremendous onslaught of toxins, which are a danger to both our health and the health of this planet. I am the first to say, quit eating packaged food, make your own cleaning and personal care products, stop using a microwave, ditch plastics, and get your water tested regularly. 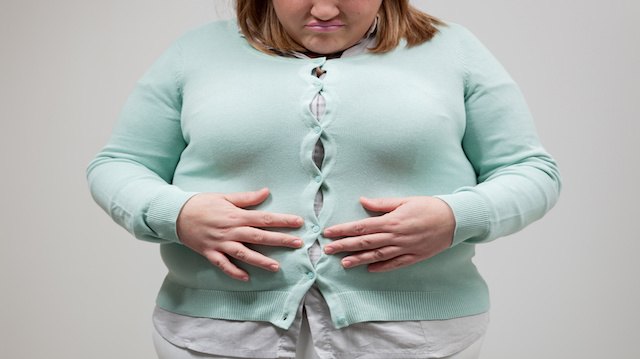 There are lax regulations, problems with labeling, and cautions that are not heeded when it comes to potentially dangerous chemicals. I also know that these chemicals build up in our system over time and could possibly trigger numerous health conditions.

I know all about BPA, phthalates, atrazine and PFOA, but I also know that Americans stuff their faces with the wrong food (most of the time), visit Starbucks for iced, sugar-laden mocha concoctions on a regular basis, and sit far too much! This includes our kids, many of whom spend countless hours on handheld electronic devices, in front of Xboxes, and stuck indoors in front of the television. I know that poor diets and lack of exercise make up a big part of why Americans, in general, are fat.

So, while Teflon, BPA and other so-called obesogens are bad for our health, keep in mind that the foundation of good health and a long life begins with what we put in our mouth, what we feed our family, and the lifestyle choices that we make.

Now, if you have made all those great healthy changes in your life and you are still fat… maybe, just maybe, you can blame it on the pots and pans!