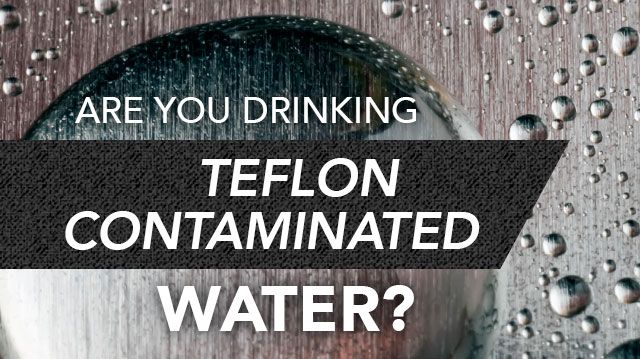 As it stands today, millions of people in the United States are drinking contaminated tap water. In one of the most sophisticated, developed countries on the planet, we can no longer trust our public water sources.

At least 94 public water systems in 27 states have been found to contain industrial contaminants used to manufacture protective and nonstick products, such as Scotchgard and Teflon. Check this map, issued by the Environmental Working Group (EWG), to see if your area is affected.

Teflon (chemically known as polytetrafluoroethylene, or PTFE) has been in use since the 1940s due to its stable molecular structure and ability to create a nearly friction-free surface. It is used in nonstick cookware as well as ski wax, stain-resistant carpeting and fabric protection products.

In the process of producing PTFE, other chemicals such as perfluorooctanoic acid (PFOA) are used and burned off as waste. Although only trace amounts of the chemical remain in products which contain Teflon, PFOA can remain in the body of humans and animals, and in the environment.

Almost everyone in developed countries will have some level of PFOA in their blood. However, some people are in danger of greater exposure. In particular, inhabited areas near chemical manufacturing facilities have been found to have water contaminated with higher levels of PFOA. Individuals working in jobs where they are exposed to chemicals can also have levels that are many thousands of times higher than what is considered safe.

According to tests performed in 2013, drinking water in different states around the U.S. contained between five and 180 times the level of PFOA deemed safe by authorities.

A number of studies have been performed to evaluate the potential repercussions of exposure to chemicals like PFOA. In lab animals, the chemicals can cause an increased likelihood of developing tumors in certain body parts, like the liver, testicles, mammary glands and pancreas. In human studies, it has been observed that those with higher levels of PFOA are more likely to develop cancer of the bladder, kidneys and testicles.

In addition to a higher cancer risk, PFOA exposure has also been linked with abnormal cholesterol levels (signaling increased inflammation throughout the body), a greater risk of thyroid disease, decreased immune system function and impaired fertility. The long-term effects of PFOA have not been studied and are largely unknown.

While the involvement of major international agencies would possibly help incite efforts to curb worldwide exposure to this chemical, there has been little action taken. 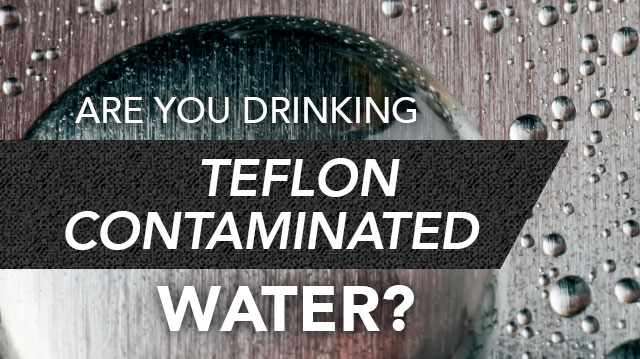 The United States Environmental Protection Agency (EPA) has not yet provided an official classification for PFOA, and plans only to continue reviewing new evidence as it becomes available. In the meantime, they have issued a draft report stating that there is “suggestive” but insufficient evidence as to the cancer-causing effects of this chemical.

Currently the levels of PFOA and related chemicals remain unregulated. Provisional Health Advisories have been issued recommending that actions be taken to reduce the levels in drinking water, but these advisories are not legally enforceable federal standards.

Similarly, the International Agency for Research on Cancer (IARC), an arm of the World Health Organization (WHO) has not yet reviewed PFOA or any other chemicals in that family, but has placed them on a list for future review.

Only the National Toxicology Program has stepped up to initiate some conciliatory action, calling for a widespread evaluation of the scientific evidence available, as well as an expert panel to review the findings.

Meanwhile, millions of people are suffering far-reaching effects from this insidious group of toxic chemicals. While we turn to water as the healthy beverage of choice, now we may have to think twice about where we are getting our water.

What can we do to reduce exposure?

According to the EPA, the routes of exposure to PFOA are unclear, and therefore there are no recommended strategies for reducing your personal exposure.

While the PFOA chemical family has been largely phased out of manufacturing, they have been replaced by new chemicals that may be just as dangerous.

We can take measures to protect ourselves by facilitating our built-in ability to flush out chemicals and curb inflammation. Another wise step to take would be to invest in a high-quality water filtration system for your home. Also, avoid spending time in industrial areas near manufacturing plants where these chemicals are used.

Find out whether your area is affected and take measures to secure a safe source of drinking water today.