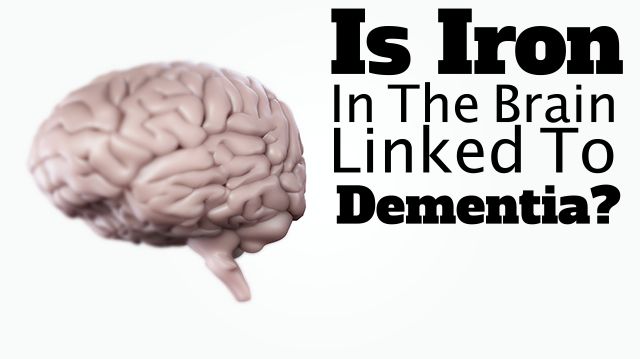 Research by the University of Technology in Sydney (UTS) suggests that a metal in the blood may be a factor in the development of Alzheimer’s.

Looking at metals in the blood

Dr. Dominic Hare, a neurochemist at UTS who also works for the Florey Institute of Neuroscience and Mental Health in Melbourne and the Icahn School of Medicine at Mount Sinai in New York City, has worked with his research team to find a possible cause of Alzheimer’s disease.

According to an article published in the U.S. journal ACS Neuroscience, Dr. Hare and his team are looking at iron in the blood as a possible biomarker and causative agent for Alzheimer’s.

“The body uses metals like copper, zinc and iron to facilitate biochemical reactions it wants. In the case of disease, these are reactions that are unwanted,” explained Dr. Hare. As he points out, iron plays a key role in the aging process and is a huge risk factor for developing the disease. Statistics show that there is a one in four risk of developing dementia after the age of 85, and 75 percent of those cases will have Alzheimer’s.

A step closer to solving the mystery

According to Dr. Hare, “The disease develops so slowly and has so many effects on the body, being able to separate what’s cause and what’s effect is a big problem… If we can identify why the disease is happening, we could intervene to alleviate the symptoms and potentially halt the disease process.”

Currently, Alzheimer’s is only diagnosed after a complex clinical consultation, and it can only be confirmed after the death of a patient and subsequent examination of the brain.

Metals in the body have been linked to Alzheimer’s in previous research but never conclusively. “This study by Dr. Hare and his colleagues is, therefore, of interest to research in the field,” said Professor Perminder Sachdev, co-director of the Center for Healthy Brain Aging at the University of New South Wales (UNSW) and chief medical adviser to Alzheimer’s Australia.

Dr. Hare’s research team is investigating transferrin because of its role in transporting iron throughout the body. If transferrin stops working properly, iron could build up in the brain and encourage the accumulation of “tangles” and “plaques.” In Alzheimer’s patients, plaques are known to inhibit the communication signals of brain cells, while tangles actually destroy them.

Working in collaboration with Dr. Blaine Roberts, who is head of the Metalloproteomics Laboratory at the Florey Institute, research was designed to utilize blood samples gathered for the Australian Imaging, Biomarker & Lifestyle Flagship Study of Aging (AIBL), which they felt would facilitate the process of tracking transferrin.

The first major finding of the study revealed that Alzheimer’s patients had lower iron levels in their plasma compared to healthy subjects. The second finding showed that both groups had equal amounts of transferrin in their bloodstream. However, the Alzheimer’s group had smaller quantities of iron being transported by transferrin than the healthy group.

The researchers concluded that the transferrin was not sufficiently transporting extra iron away from the brain. 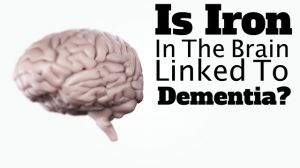 They theorized that the link between dementia and anemia could derive from a couple different factors. It could be that the brain suffers decline from poor dietary intake of iron and vitamins. It could also be from poor general health. A third possible factor could be that having fewer red blood cells because of anemia results in less oxygen being supplied to the brain.

“This points to a potential mechanism that may increase the risk, but future studies need to be done to see if there are any clinical recommendations,” said co-author  Cherie Falvey, a research associate at the University of California, San Francisco.

“The next step is to look at a copper-binding protein called ceruloplasmin that interacts with transferrin,” explained Dr. Hare. “Putting all these pieces together will help find methods to maintain quality of life, possibly slowing or even halting the progress of the disease.”