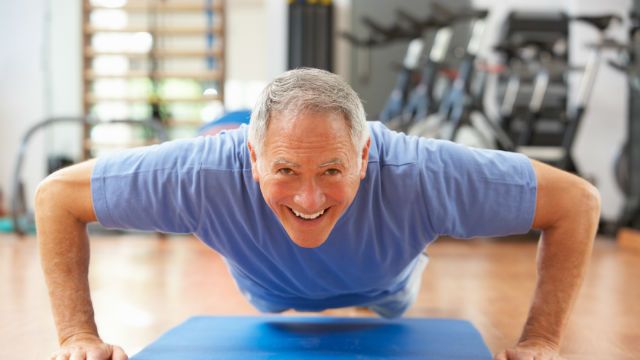 You’re probably already aware of the many benefits of getting regular exercise, including controlling your weight, improving your mood, helping you to sleep better, improving your sex life, and even boosting memory and intelligence.

However, new research shows that physical activity even has the power to slow the progress of Alzheimer’s disease.

The study, conducted by Cleveland Clinic researchers and published in May in Frontiers in Aging Neuroscience, found that exercise may help keep the brain healthy in those who have an increased risk of developing Alzheimer’s. The results suggest that even just moderate amounts of physical activity can help slow the progression of this dreaded aging disease.

In recent years, research has found that this condition, which is characterized by gradual and then progressively faster loss of memory and cognitive functioning, is more common among those who have a specific variant of a gene called APOE epsilon4 allele, otherwise known as the e4 gene.

This particular study, involving 100 older men and women aged 65 to 89, found that about half of the group carried the e4 gene, though none of the subjects showed signs of memory loss beyond what would be considered normal for their age.

While previous studies have suggested that physical activity could affect the progression of Alzheimer’s disease, such as a 2011 brain scan study which found that elderly people with the e4 gene who exercised on a regular basis had significantly more brain activity than those who had the gene and did not exercise, this most recent one was focused on the structure of the brain rather than it’s function.

In this study, researchers sought to answer the question as to whether or not exercise could be affecting the physical shape of the brain, particularly in those with the e4 gene. Scientists asked study participants how often and how intensely they exercised, with about half stating they were fairly sedentary and the other half noting that they exercised moderately several times a week.

The volunteers were then divided based on e4 gene status and exercise habits. Then, the researchers took a scan of their brains, emphasizing the hippocampus, followed by a similar scan 18 months later. 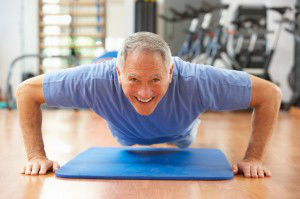 Just in that brief period of time, those who carried the e4 gene and didn’t exercise experienced significant atrophy of the hippocampus, shrinking, on average, by about 3 percent. Those who had the gene and regularly exercised saw almost no shrinkage, while both groups that didn’t carry the gene experienced little change to their hippocampus.

The bottom line was that exercise appeared to protect even those with a high risk for the disease, while those who were sedentary seemed to be on a straight path toward brain dysfunction.

Needless to say, life without a properly functioning mind is not much of a life at all. This study provides just one more very important reason to exercise, among an already long list.