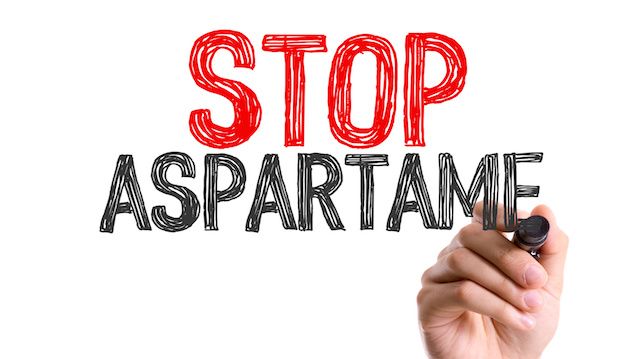 If you’ve been reading The Alternative Daily for any length of time, you will know that we are not big fans of aspartame. Although conventional sources recommend such alternative sweeteners over calorie-laden sugar, we consider aspartame to be even worse than sugar! That’s really saying something, since sugar ranks pretty close to the top of our list of “toxic no-no foods.”

Aspartame is known to cause symptoms such as headaches, nausea, changes in vision, joint pain and seizures. And that’s just the beginning. Aspartame is the most controversial food additive in history, and has caused more health issues than all other food additives combined. At least 10,000 reports have been logged by the Food and Drug Administration (FDA), and it is estimated that this figure accounts for only a tiny fraction of those experiencing adverse reactions due to aspartame ingestion.

Aspartame has previously been sold under the names Nutrasweet, Equal, Canderel and Spoonful. Now it is also being marketed as AminoSweet, a sneaky name conjured up by its producers to allude to its natural sources. Although it’s true that aspartame is made from two naturally occurring amino acids, that does not make it safe.

Aspartic acid and phenylalanine, amino acids that occur abundantly in nature, are reacted together through a process using genetically modified E. coli bacteria, whereby the bacteria actually defecate the amino acid segment that is used to make aspartame.

If the manufacturing process isn’t enough to put you off this dangerous chemical sweetener, here are some of the health dangers that have come to light over the few decades that aspartame has been on the market.

The majority of the dangers connected to aspartame have to do with the brain and mood balance. This is because aspartame is considered to be an excitotoxin, which means that it overstimulates the brain. This overstimulation can cause the death of brain cells, as well as altered function of signaling chemicals and enzymes. These mechanisms are also believed to contribute to the growth of brain tumors.

People who regularly consume aspartame can experience aspartame toxicity, which is a condition that can mimic other serious illnesses, such as Lyme disease, hypothyroidism, ADD, multiple sclerosis or depression.

And finally, aspartame tends to break down into its constituent parts in the body. These include formaldehyde and methanol, which are known to cause cancer. One study showed that more than a third of the rats given a small amount of aspartame on a daily basis ended up developing tumors at rapid rates.

Does aspartame help you lose weight? 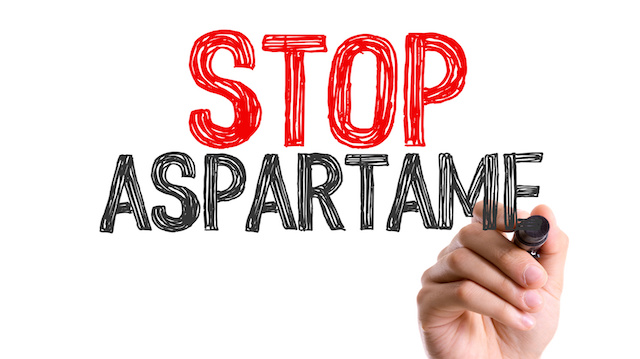 While artificial sweeteners have been marketed as a smart alternative to sugar to help curb excess calorie consumption, in reality, this benefit backfires. Studies show that consuming sweet substances that do not contain calories only serves to confuse the body’s natural metabolic systems, and actually leads to further weight gain.

Not only that, but regular aspartame consumption results in hormonal imbalances which further inhibit the ability to maintain a healthy weight.

How to avoid aspartame in food products

Be sure to read labels meticulously, looking for any of the names for aspartame including Nutrasweet, Equal, Canderel or Spoonful. In general, any product that is labeled “calorie-free” or “sugar-free” contains some type of artificial sweetener and should be avoided at all costs.

If you consume processed and packaged foods, or prepared beverages, be on the lookout for artificial sweeteners and aspartame. No matter how hard the corporations try to portray this substance as natural and safe, the scientific evidence does not lie! Find out more about aspartame here.