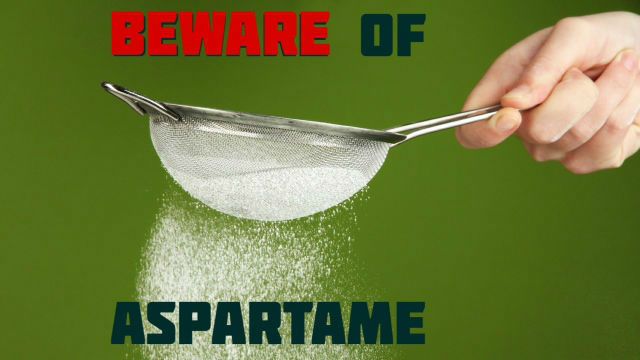 Every time you dive into a product that claims to be sugar-free but is surprisingly, sometimes sickeningly, sweet, you are consuming an artificial sweetener. Just the word ‘artificial’ should raise some concern. Artificial means, quite simply, that a substance was concocted in a laboratory by humans in a non-natural manner.

Artificial sweeteners have been around for a very long time. Who could forget Tab, the cola made by Coca Cola Company which was popular in the 1960s and 70s? After it was discovered that the soda contained sodium saccharin, a controversial coal tar derivative, sales dropped.

The main ingredient in this sulfa-based sweetener is benzoic sulfimide. Persons with sulfa allergies may experience nausea, diarrhea or other allergy-related symptoms. Although early animal studies linked saccharin (sold as Sweet’N Low) with bladder cancer, the FDA removed mandatory health warnings in 2000.

Sucralose is another popular artificial sweetener that is marketed as Splenda, Sukrana, SucraPlus, Candys, Nevella and Cukren. Scientists in search of new insecticides accidentally discovered this sweetener in 1976.

Used in over 4,500 food and beverage products, mostly cereal, candy and sodas, sucralose – a supposedly inert chemical – may promote the onset of type 2 diabetes, and the Center for Public Interest (CSPI) has recently reduced its safety rating from ‘safe’ to ‘caution.’ This downgrade follows an Italian study which linked sucralose consumption to an increased risk of leukemia in lab animals.

The most dangerous of all sugar substitutes

Researchers call aspartame the most dangerous of all sugar substitutes. It is also the most common and most consumed artificial sweetener in the United States. Aspartame is found in soda, candy and other processed foods. Introduced in the 1970s as a “safe” alternative to sugar and saccharin, aspartame has been linked to numerous health problems.

This toxic sweetener was also discovered accidentally by a chemist working for a drug company, specifically G.D. Searle and Company. This company later became known as Pfizer. Aspartame’s original use was as an anti-ulcer drug, but once it was discovered how sweet the substance was, it was switched immediately from a drug to a food.

Sold under a number of brand names including Equal, NutraSweet, Spoonful, Equal-Measure and most recently AminoSweets, aspartame is comprised of phenylalanine, aspartic acid and methanol.

When a psychiatrist found that aspartic acid, a key ingredient in aspartame, created holes in the brains of mice, an investigation into Searle’s claims began. Corrupted studies and falsified claims were revealed during the investigation. The FDA agreed to further investigate Searle by grand jury, but suspiciously, nothing ever happened with this.

Well-cited independent research shows that phenylalanine, the main ingredient in aspartame, is a powerful neurotoxin, especially for those who suffer from the genetic disorder phenylketonuria (PKU). Phenylalanine is an amino acid that is found in a number of proteins and also in bananas. Dr. Janet Starr Hull, author of the book Sweet Poison, states that amino acids should always be eaten in the way they are presented in nature, not extracted and processed.

When amino acids are isolated they become dangerous to health, and too much of this particular amino acid can cause overstimulation of neurons and cellular death in the brain. Conditions such as ADD and ADHD, as well as other behavioral and emotional disorders, have been linked to high levels of phenylalanine in the brain.

The claim that aspartame can help you control your weight is nothing short of a joke; however, many people are under the false impression that somehow diet sodas are better for health than regular sugar-sweetened sodas. The diet beverage market has increased substantially over the past 25 years because of people who are convinced that they are harmless.

Susie Smithers, a behavioral neuroscientist at Purdue University, states that people who drink soda made with artificial sweeteners, including aspartame, sucralose and saccharin, are twice as likely to develop what is known as “metabolic syndrome” compared to those who do not drink artificially sweetened soda.

Metabolic syndrome is a precursor to diabetes, stroke and heart disease. When we consume chemical sweeteners, our body becomes confused and actually craves sugar, which can lead to overindulgence. This does not sound like a prescription for weight loss!

According to the FDA, who claim that aspartame is safe, over 85 percent of all complaints received are related to aspartame. Let’s take a look at what the Aspartame Consumer Safety Network Fact Sheet has to say about the cumulative side-effects that have been reported:

Lisa Lefferts, senior scientist for the Center for Science in the Public Interest, does not recommend the use of aspartame as a sweetener in diet drinks.

“Three independent studies have found that aspartame causes cancer. These studies, in our view, are superior to earlier, industry-sponsored studies that found it did not cause cancer, because they used a larger pool of subjects and a more sensitive protocol.”

Additionally, diet soda has been linked to kidney problems. An eleven year study performed at Harvard Medical School concluded that the risk of kidney function decline was attributable to consuming just two diet sodas per day.

Wait… it gets worse

Marketing material for aspartame tells us that this low cal sweetener is harmless, and in fact, acts the same way in our body as other protein foods. However, a little investigation reveals something quite different.

In 1985, Monsanto bought G.D. Searle, the company that held the patent to aspartame, and seemed undisturbed by the sordid past of this toxin.

The Independent ran an article in 199 entitled “World’s Top Sweetener is Made of GM Bacteria.” This article revealed that Monsanto, who was adding this substance to soft drinks and other processed foods, knew that it was made from genetically modified bacteria. Sadly, this publication was all but ignored.

However, thanks to technology, the patent information is available online, and the issue that aspartame is made from GM bacteria is being readdressed by many. The patent reveals the truth and states:

“The artificial sweetener aspartame, a dipeptide with the formula Asp-Phe-me, is produced using a cloned microorganism [sic]. A DNA which codes for a large stable peptide comprised of the repeating amino acid sequence (Asp-Phe)n is inserted into a cloning vehicle which in turn is introduced into a suitable host microorganism.”

Weeding through the scientific jargon reveals the following

This concludes the creation of what is deemed a safe and nutritious sweetener.

Choose a natural sweetener instead

Coconut sap could possibly be the best-kept secret when it comes to natural sweeteners. It comes directly from the coconut palm, is nutrient rich and contains 17 amino acids. High in the B vitamins, vitamin C and potassium, coconut sap is a wonderfully sweet nectar.

Once a coconut tree is tapped, it provides live-giving coconut sap for twenty years. Coconut sap is sweet right from the tree and requires no extensive processing. Coconut crystals, made from the sap, are the perfect compliment to cookies, cakes, teas, muffins and cereals.

With a low glycemic index of 35, organic coconut sap does not cause a spike in blood sugar, is unrefined, GMO free, gluten free and loaded with live enzymes. May we introduce to you the perfect natural alternative sweetener: coconut sap!