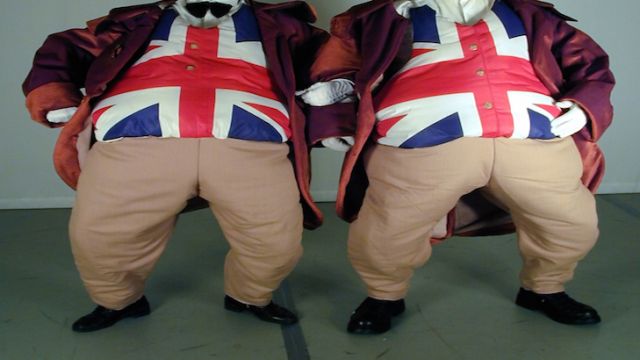 The obesity epidemic that is running rampant in the Western world is in desperate need of a solution. Not only does obesity threaten lives, it also taxes public health finances greatly. One major aspect of obesity is the food that we eat.

We all know that eating right is a fundamental part of maintaining a healthy weight. However, what exactly does “eating right” mean? Many people turn to dietary recommendations provided by the government for guidance — but are these recommendations steering us in the right direction?

A report recently released by the National Obesity Forum and the Public Health Collaboration (PHC) in the United Kingdom has accused the UK government of collaborating with the food industry and recommending foods that may fuel obesity, rather than fight it.

Made up of general physicians, psychologists, dieticians and cardiologists, the Public Health Collaboration is, according to the report, “a non-profit organisation that is dedicated to informing and implementing healthy decisions.” The PHC’s review of the UK government’s dietary guidelines is scathing, and has drawn a great deal of criticism.

Specifically, the PHC focuses on the government’s recommendation that people should choose low-fat options when it comes to dairy products, as well as the recommendation to use unsaturated oils instead of saturated fats. The authors of the report write:

In the case of saturated fats, the authors simply state, “Eating fat does not make you fat.”

The report also points to the “disastrous health consequences” that the UK’s current dietary guidelines may have on the health of the nation — guidelines that are supported by Public Health England, the executive agency of the Department of Health in the United Kingdom.

The authors of this report have a solid point. There is a lot of evidence to suggest that saturated fats from whole, natural sources are not the enemy at all. Processed unsaturated oils, such as canola oil, on the other hand, have been linked to a number of negative health consequences.

As far as low-fat versions of foods, these often have other chemicals added in to make up for the loss of flavor that comes from taking out the fat. Additionally, evidence suggests that dairy fat does not contribute to obesity or heart disease, and that low-fat dairy may actually have associations with infertility.

Aseem Malhotra, founding member of the PHC and a consultant cardiologist, calls the promotion of low-fat foods, “perhaps the biggest mistake in modern medical history, resulting in devastating consequences for public health.”

The authors of the report summarize:

“Saturated fat does not cause heart disease, and full-fat dairy is probably protective. Starchy and refined carbohydrates should be limited to prevent and reverse type 2 diabetes.”

Not surprisingly, Public Health England, and other critics, are calling this report hogwash, citing the fact that the piece is not peer reviewed, and has a “lack of supporting evidence.” Studies have been done regarding these foods, however, and while more research should indeed be performed, the authors have a point.

“We engage with a broad range of stakeholders when we make changes to advice, and this includes representatives of the food and drink industry. As the organisation that advises the government on dietary guidelines, it would be irresponsible for us to not engage with those who produce and market the food we all eat.

Sure… but won’t those food and drink industry representatives have a strong inclination to peddle the products that they manufacture? You be the judge.

What about the US?

While I completely agree that it’s important to limit the consumption of added sugars — which are terrible for our health — encouraging low-fat dairy options and lower amounts of saturated fats may indeed be turning people away from whole, natural foods. In fact, a mounting body of research has shown that embracing whole, natural foods, while turning away from processed foods, will go far to curb our obesity epidemic.

Unfortunately, the USDA’s guidelines do nothing to discourage processed foods. The USDA website reads:

“You can cut down on calories by choosing a smaller portion. For example, a large order of fries can contain over 500 calories, but a small order only half of that amount.”

This is basically encouraging eating fries, just a smaller amount. An organization dedicated to the health of a nation, and claiming to want an end to the obesity epidemic, should be providing healthy, non-processed alternatives to fries, not telling people simply to eat a bit less.

All in all, it seems that we cannot trust our governments to recommend the healthiest dietary options for us (surprise, surprise!). If we are to combat obesity, and lead the healthiest lives possible, we’re going to have to take matters into our own hands. Sticking to whole, natural foods from the Earth is a great start.