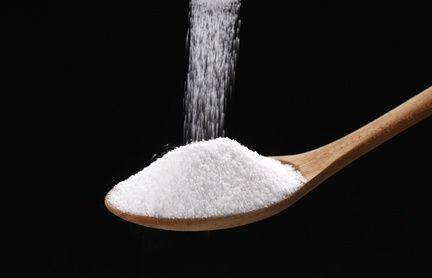 Just one sugar-sweetened beverage alone contains 10 teaspoons of sugar, which already pushes us over the edge!

Sugar has been around for a very, very long time, however, we have increased our consumption to outrageous amounts. Our ancestors, who got their food out of the ground, consumed about one ounce of sugar per day

Today, that has risen to about six and a half ounces per day, with most of the increase in consumption occurring over the last thirty years – mainly because of changes in our food supply. These changes are driven by the food industry, the government and our palate.

Just what is it that the food industry does not want us to know about sugar? Why is this white gold so valuable to them, yet so dangerous to us?

A high enough dose of anything can be lethal – too much water can cause a seizure, too much oxygen can cause retinopathy and iron, although necessary, can cause liver damage in excess.

Nature places limits on our ability to ingest substances such as these, which keeps us from becoming ill. In addition, none of these naturally occurring substances have a potential for abuse, so the above mentioned diseases/conditions are rare.

Sugar is indeed a different story

Paracelsus (1493-1541), a natural scientist, philosopher and alchemist, once said, “the dose determines the poison.” When it comes to sugar, a little is ok, a lot is not. We can metabolize a small amount of sugar, however, we have exceeded that by a whole lot and that is the problem.

What they don’t want us to know

Why is the food industry keeping secrets from us? What is it about sugar that they don’t want us to know? What is going to happen when more people actually find out what is going on?

These are all important questions for us to be asking in light of the present rates of obesity, diabetes and heart disease – we are a nation in the thick of a health crisis that is largely driven by the corruption of our food system.

Education sparks activation and the more you know about what they don’t want you to know, the better decisions you can make for you and your family. Here are just four things for you to consider:

Secret #1: What happens when you eat sugar

Food manufacturers don’t want us to know what really happens to our bodies when we consume sugar. Most of us associate sugar with energy – and rightly so, it provides an immediate source of energy. However, unless you are an elite athlete, which most of us are not, this can be a major problem.

When sugar is consumed, the bonds between glucose and fructose are broken and the fructose goes straight to the liver where it is absorbed. If there is not an immediate need for energy, the fructose is stored as fat. The overconsumption of sugar also causes insulin resistance and completely turns our internal balance upside down.

In addition, every time fructose is processed, hydrogen peroxide is released inside of cells. While hydrogen peroxide on a cut may be a good thing, it spells disaster to our cells. In fact, it kills our cells and accelerates the aging process.

Of course, the health implications of sugar are well documented. Here are just ten reasons why you should avoid it completely:

Would you be surprised if we told you that of the 600,000 or so foods that are manufactured and consumed in the United States, over 80 percent of them contain added sugar? But, you say, you don’t see sugar listed as an ingredient on the label. Well, the food manufacturers have it covered – sugar actually has over 50 different names, meaning that the food industry can easily pull one over on us by listing each of these ingredients separately.

Furthermore, as they list these ingredients on the label, they may appear as ingredient #3, #4, #7 and so on – so even if they are not the #1 ingredient, when you total up their presence they do in fact become the #1 ingredient. Pretty crafty, aren’t they? The U.S. Department of Agriculture reports that Americans consume about 156 pounds of added sugar annually, or over 31 five-pound bags per person.

Most of this sugar is probably consumed without the consumer even knowing it. If you eat packaged, bottled or canned foods with more than 5 ingredients, or ingredients you can not pronounce, chances are you are eating extra sugar.

Here are just a few of the names you may not be so familiar with:

Of course one of the worst culprits of all time is high fructose corn syrup. This loosely bound, highly unstable sugar forms compounds that damage cells and tissue, and is linked to diabetes. When products with HFCS are consumed, there is a tremendous strain on the pancreas and, according to research, the risk of pancreatic cancer may increase.

Secret #3: Sugar is an addictive substance

A book written by Dr. Robert Lustig, Fat Chance: The Bitter Truth About Sugar, is said to have caused a backlash from the food industry. Lustig is a pediatrician who specializes in treating overweight children in San Francisco. He’s spent 16 years studying sugar’s effects on the central nervous system, as well as metabolism and disease.

Lustig says that the industry has turned sugar into a diet staple, because they know it works to hook consumers into buying more. He notes, “if some unscrupulous cereal manufacturer went out and laced your breakfast cereal with morphine to get you to buy more, what would you think about that?”

They do virtually the same thing, but with sugar. He says cocaine and heroin are deadly because they are toxic and addictive. So is sugar. Sugar plays with the reward center in the brain, hijacking even our common sense and driving us back for yet another soda, bowl of cereal or frothy latte.

Paul van der Velpen, the head of Amsterdam’s health service, recently said in an online post: “This may seem exaggerated and far-fetched, but sugar is the most dangerous drug of the times.”

Van der Velpen points to sugar’s addictive effect on the appetite as the reason for this claim: “Sugar upsets that mechanism. Whoever uses sugar wants more and more, even when they are no longer hungry. Give someone eggs and he’ll stop eating at any given time. Give him cookies and he eats on even though his stomach is painful.”

So, if the more sugar we consume, the more we want, it makes sense for food manufacturers, whose sole objective is to make a profit, to hide this dirty little secret from us.

Secret #4: When sugar pairs with other substances

As if adding extra sugar covertly to foods isn’t bad enough, the giants in the processed food industry have taken it a step further. They are combining sugar with other substances to increase profits and health risk at the same time.

Let’s take fat to start with. Is it the fat in the creamy milkshake or the sugar that we crave? Actually, it is the sugar that increases the allure of fat, making the combination irresistible for some people. Food scientists work around the clock to concoct combinations of just the right amount of sugar and fat to drive our sensory pleasure zones off the charts.

Sugar and caffeine are another dangerous duo that combine in any number of processed foods, from sweetened coffee beverages and sodas to baked goods. Although it can be argued that moderate amounts of caffeine are harmless and may even be beneficial, excess consumption may lead to agitation, problems with sleep and disorientation, especially in individuals who are sensitive and children.

Large doses can stimulate the heart, dilate vessels and increase gastric acid production and metabolic rate. Withdrawal symptoms can be horrific, as with any other drug, and can induce physical cravings.

When ten year olds are lining up at Starbucks, they are not there for a cup of black coffee, but for something entirely more dangerous. A short video posted online by the Toronto Star examined just how much sugar is in Starbucks’ famous Frappuccino beverages. The results were staggering. In addition to mounds of caffeine, these drinks contain… way too much sugar.

Houston, we have a problem….

The FDA last evaluated sugar and its impact on health way back in 1986, when the average consumption was far less than it is today. Data once deemed inconclusive is today very clear, however the push needs to continue to get sugar on the docket for discussion. Researchers all over the world are compiling study after study to show that there clearly is reason for concern. Sugar provides energy, not nutrition, and it is nutrition that the American people need.

New labelling laws, continued education, consumer awareness campaigns, legislative action and regulatory intervention to slow the sugar dump into our food supply must happen. Remember, the food industry, like any other big business, has one thing in mind – to pad their pockets with profits. You must be your own advocate and declare war on sugar today!