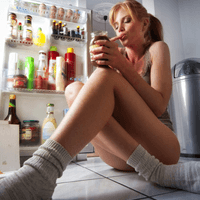 Traditional dietitians and doctors rarely talk about the impact food and diet has on cognitive function. However, in a recent study published in the Journal of Alzheimer’s Disease and information presented at the Neuroscience 2012 meeting, it has become clear that the food we consume has a dramatic impact on brain function.

Researchers at the Mayo Clinic followed older study participants for several years, tracking their food consumption and cognitive function abilities. They found that individuals who consumed diets that contained high amounts of sugar and carbohydrates had three times higher risk of developing declining mental abilities than individuals who ate a diet that consisted of mainly protein and fat.

Dr. Rosebud Roberts, a clinical epidemiologist and lead author of the study hypothesized, “A high carbohydrate diet could be bad because it impacts your glucose and insulin metabolism. Sugar fuels that brain, so a moderate intake is good. However, high levels of sugar may prevent the brain from using the sugar and is similar to what we see with type 2 diabetes.”

One of the findings presented at the Neuroscience 2012 meeting expanded on recent research regarding the addictive qualities of food consumption. Angelo Blasio, PhD, found that eating stimulates the pleasure centers in the brain in a reaction that is similar to drug consumption for addicts. He found that it may be possible to influence binge eating behaviors using medications that are used to help addicts maintain sobriety.

For individuals who are already predisposed to addiction due to genetics and family patterns, food can easily become a substitute for other forms of addictive substances. Processed foods and foods high in refined sugar or high fructose corn syrup can be especially tempting. Food related cues, such as pictures or smells, can be triggers for food cravings and binge eating behaviors as they stimulate receptors in the brain that tell you to eat regardless of whether you are hungry or need food for energy.

Food is a tricky thing. Humans need food to survive. Even if you have a food addiction, you still need to eat. However, making healthy food choices can be learned. By choosing to eat whole organic foods instead of high sugar processed foods, you can decrease your chances of developing obesity, type 2 diabetes and heart disease. By limiting the amounts and types of carbohydrates you consume, you can decrease cognitive decline and improve your thinking ability.

Does food sometimes feel like an addictive thing to you? What foods do you find especially hard to resist?