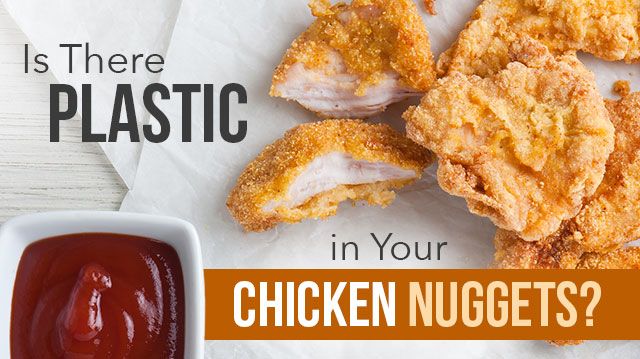 There’s something questionable about meat that’s packed into little shapes, breaded, wrapped in plastic, then shipped out to developing kids and hungry adults across the globe. Chicken nuggets aren’t the healthiest of foods, so when there’s a recall, you know that something troublesome has found its way into the product.

Early this week, the United States Department of Agriculture announced a recall of approximately 4,530 pounds of chicken nuggets. Applegate Naturals Chicken Nuggets produced on September 8, 2015, may be contaminated with unrelated plastic materials. Here’s the scoop on this story, as well as a closer look at the infamous frozen chicken nugget.

A consumer sent a complaint regarding small, solid pieces of clear plastic inside Applegate Naturals Chicken Nuggets. Well, isn’t that tasty? Luckily, no one has reported any adverse effects after consuming this product, yet those who purchased a box of these nuggets are urged not to consume them.

The details: Consumers who bought an eight-ounce box, containing approximately 18 chicken nuggets, are urged to check the date. Packages that have the best before date of September 27, 2016, were shipped to Pennsylvania, New York, Texas, Georgia, Florida and Indiana. Those currently under recall have the establishment number P-2617.

Although shocking, this isn’t the first time this has happened. Back in 2014, Tyson Foods recalled 75,000 pounds of frozen chicken nuggets due to plastic found in their products. Of course, no one wants to eat plastic, but what if that’s not all you should be concerned about?

What’s up with chicken nuggets anyway? Are there options that provide some nutritional benefits?

A closer look at one of America’s favorite foods

The infamous chicken nugget changed the way that America consumed chicken. When you bite into a chicken nugget, the meat looks white, as if it was conveniently cut from a whole chicken breast. Although companies differ in terms of their own manufacturing process, you may be surprised by what each nugget contains.

Being sold as a staple within school lunches and fast food restaurants, as well as a frozen convenient food, one study found disturbing results. After analyzing nuggets from two unnamed fast food restaurants, researchers from The University of Mississippi Medical Center were “floored.” A nugget from the first location was made of 40 percent muscle, whereas the rest was connective tissue, bone spicules and other forms of fat and tissue.

In the nugget from the second location, 50 percent was muscle; the remaining portion consisted of mostly fat, with some blood vessels, epithelium — which is what glands are made of — and nerves. If people were aware of what they were eating, this popular food probably wouldn’t be as popular.

The researchers confirmed that although all the ingredients are edible, they’re not a beneficial combination. Chicken meat is a good source of protein; however, nuggets are essentially a chicken byproduct that is high in sugar, calories, salt and unhealthy fats. 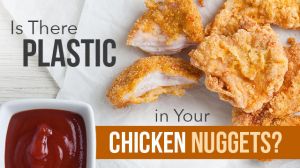 What about natural frozen chicken nuggets? Are they any good?

The truth is, even when purchasing organic chicken nuggets, this child-friendly food is still highly processed. Unlike a baked piece of pasture-raised chicken, chicken nuggets contain oils, starches, flours, sugar and refined salt. This results in fewer nutrients, yet more calories and fat.

If your child loves chicken nuggets, you can change their perspective while spending time with one another. Teaching children to make their own creations allows the child to not only be creative, but it also shows that processed food options at the supermarket can be made with their own hands using healthier ingredients.

This will provide them with a sense of achievement and empowerment, while reinforcing positive eating habits that fuel their body and mind. Just remember, when making chicken with your own homemade whole-grain breadcrumbs, this should be viewed as a treat, not a staple within your child’s diet.