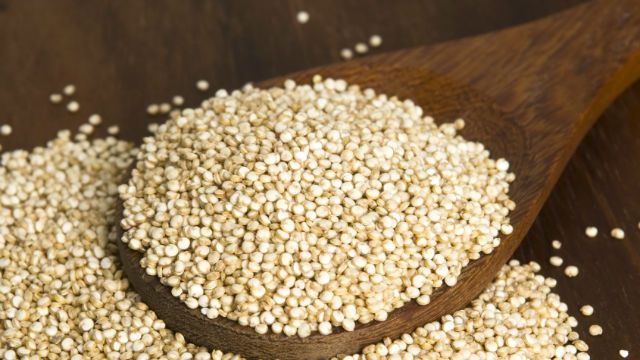 Long gone are the days when those avoiding gluten were forced to abstain from pasta dishes. Today’s grocery store pasta aisles are loaded with a wide variety of gluten-free alternatives, most of which are as delicious as the original wheat pasta without the side-effects of gluten. Here are three to try.

While pure buckwheat noodles are gluten-free, some varieties of soba noodles do contain wheat flour as well, so be sure to check the label. Buckwheat, being a grain-like seed, is an excellent source of protein, fiber, B-vitamins and minerals like calcium, iron, magnesium and phosphorous. While the quantity of protein found in buckwheat noodles is similar to that of wheat pasta, the quality is much higher as it is an excellent source of the amino acid lysine.

To cook soba noodles, bring them to a simmering boil, not a rolling boil as you would white pasta. Once they’ve cooked, you’ll want to drain them through a colander and fill the pot with cold water. Return the noodles to the cold water and with your hands rub the noodles against each other gently. This washing technique removes the excess starch and reduces your chance of having gummy noodles. Soba noodles work well with Asian-inspired dishes, both cold and hot.

You’ve probably encountered rice noodles in dishes like Pad Thai or Pho. They are much softer than traditional wheat noodles and often appear somewhat clear. Nutritionally speaking they aren’t as protein-dense as either quinoa or buckwheat pasta, but their unique texture works well in Asian-inspired noodle dishes.

To cook rice noodles, you’ll want to handle them with care as they are much more delicate than other noodle varieties. Place the uncooked noodles in a large bowl, being careful not to break any. In another pot, bring water to a boil and pour the boiling water over the uncooked noodles. Every few minutes give them a stir, and within minutes the noodles will soften. Once cooked, drain the noodles and rinse under cool water to stop the cooking process. Add a little sesame oil to prevent them from clumping.

Another grain-like seed, quinoa is a complete protein providing an ample amount of the amino acids lysine and isoleucine. Unlike white pasta, quinoa pasta is an excellent source of healthy fats including omega-3 fats, which help combat inflammation. It is also a more abundant source of the flavonoids quercetin and kaempferol than berries such as cranberries and lingonberries.

Quinoa pasta can be prepared using a similar method as cooking wheat pasta, by bringing it to a boil with just a pinch of salt. In many cases the pasta is a blend of other gluten-free flours such as corn or rice. The pasta has a slightly nutty flavor but the texture is most reminiscent of traditional spaghetti.

Quinoa Pasta with Spinach and Tomatoes